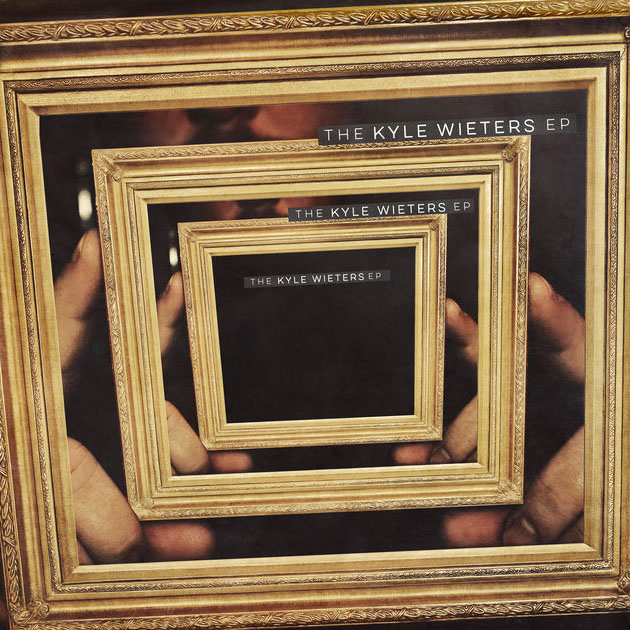 For folks familiar with his behind-the-scenes work for the likes of Jack Ingram, the Randy Rogers Band, Turnpike Troubadours and others, Kyle Wieters is already a bit of a Texas music legend. It’s not too hyperbolic to think of him in terms of a Gus Samuelson or the late Kent Finlay, sublime talents whose love for the music and happiness with their niche in the business supersedes their need for direct, specific attention to their own art. Aside from an after-hours picking party or an early side-stage slot at MusicFest, for years it’s been unkindly difficult to hear what Kyle Wieters is capable of as a singer, songwriter, and musician; as of now, fortunately, there’s at least a five-song taste available.

The testament to his talents is sort of a testament to his humility as well: just a brief and largely acoustic EP, available only online (at least for now), released with about as much fanfare as a trip to the grocery store. But it’s a must-hear nonetheless. Perhaps Wieters’ only indulgence was getting revered young Oklahoma folkie John Fullbright to co-produce the project along with his usual engineer, Wes Sharon, and Wieter’s longtime songwriter running buddy, Jonny Burke. But calling it sparse would be inaccurate, because Wieters has the sort of voice that certainly fills up a speaker. He doesn’t over sing or overplay, but he appears to be incapable of hitting a bad note, and his writing is just as resonant as his delivery.

“Creek Bottom Blues” bemoans the droughts and floods (literal and otherwise) inherent to the human condition, then gives way to the endearingly specific “Oh Colorado,” a tender first-person tale of old married folks heading for the mountains in their retirement RV.  “Edge of Nowhere,” previously covered by his old employer Jack Ingram on a little-heard benefit compilation, and the heartbreaking follow-up “I Was Just a Seed” both earn places alongside Townes Van Zandt’s “Rex’s Blues” in their Zen-like tumble of poetic philosophy, or philosophic poetry, or whatever gets you to a line like “someday you will find me, in a place where I remain/Forever every day, will be the same.”

At least curious listeners have a place to find Wieters now, and now that the seal is broken (so to speak) on his devotion to his non-recording career, hopefully there’s more on the way. If the aforementioned “Creek Bottom Blues” and the harrowing closer “Gravel Roads” are reflections of the tumultuous times in which they were released, then the rest may be just the balm the world (or at least our musical corner of it) needs. — MIKE ETHAN MESSICK