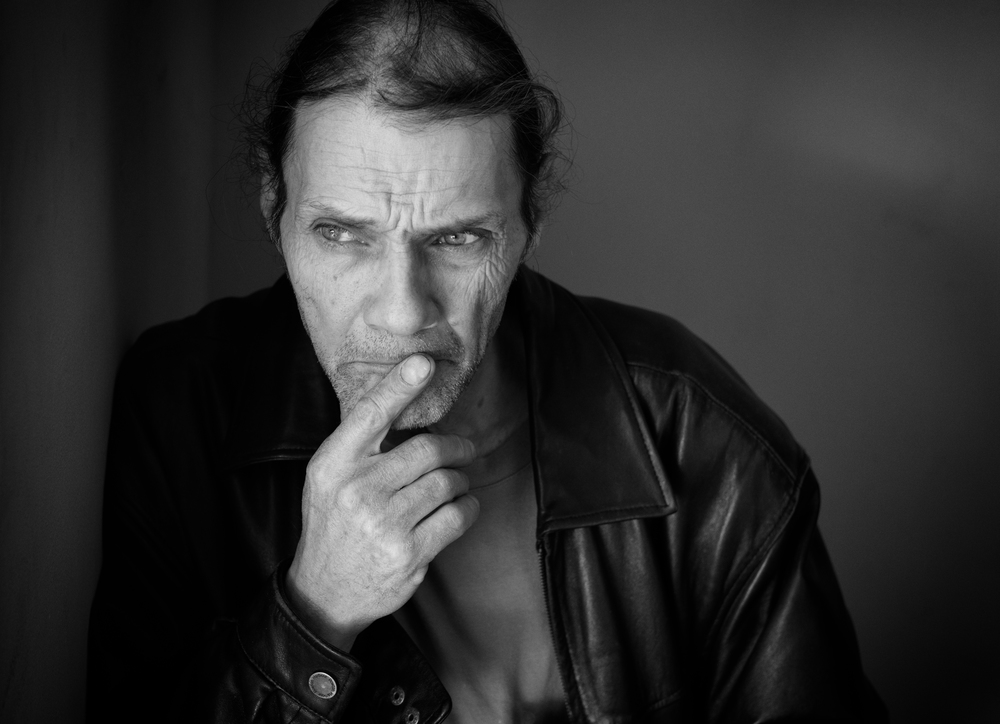 Malcolm Holcombe’s tuneful growl sounds like it’s coming from the depths of a coal mine, or the smoky backroom of a seedy pool hall. It’s the sound of a man used to hard work and low pay, sleepless nights and bleary-eyed dawns that promise more of the same. His songs aren’t overtly political, but by detailing the economic struggles of people on the edge, the 61-year-old troubadour reveals his own proletarian soul.

He dedicates his new album, Pretty Little Troubles (released April 7 on Gypsy Eyes) to the “dreams, sweat and tears of all immigrants.” Recorded last November, the album’s tone is strongly reflective of the trepidation of the then-current election cycle. And the post-election aftermath certainly hasn’t lightened the veteran singer-songwriter’s mood. 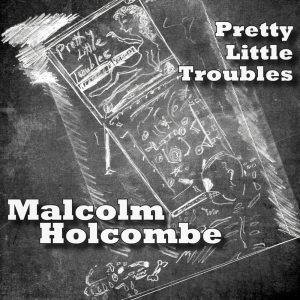 “It’s hard for me to ignore what’s going on around me, politically or emotionally,” Holcombe says via phone from his home in North Carolina. “I can’t imagine what’s behind the atrocities we’ve been putting up with. There are so many potty mouth words I could use to describe it — I’d need a bar of soap in every pocket if I was going to start talking about it! … I feel like another iron curtain is falling, a wall of misinformation, alternate facts or plain old lies, nauseating, unbelievable stories that would be rejected by MAD magazine.

“I can’t recall another time I’ve been so desperate for some kind of hope,” he continues. “Racists and bigots are coming out of the woodwork. Maybe that’s why I’m writing all this crazy, angry stuff. You hang around the barber shop long enough, you’re gonna hafta get a haircut.”

Holcombe’s been writing his musical parables for as long as he can remember. He grew up in Weaverville, North Carolina, on a diet of transistor radio music: British Invasion, Wolfman Jack, Grand Ole Opry. He was in an acoustic folk group in high school, playing covers of songs by Dylan, Peter, Paul & Mary and the Kingston Trio. He was also writing songs of his own, though he dismisses those as “mostly the kind of fluff you think is important when you’re a teenager.”

“When I finally had five good songs, I made an album with my friend Sam Milner,” he continues. “It got some good reviews, so I made my way to Nashville. I got on a bus with nothing but a six-pack and a guitar. They didn’t let me keep the six-pack, but I was in Nashville for about eight years, off and on.”

Holcombe’s Music City stint started in 1990, and although a mainstream country music career was certainly never in the cards (let alone part of his intent), his songwriting did not go unnoticed. A publishing deal with Bug Music led to a recording contract with Geffen Records. “Next thing you know,” he says, “I’m eating pizza in Santa Monica and making an album. Then there was a shake up at the label and the record (A Hundred Lies) never came out.”

But when A Hundred Lies was finally released on Hip-O three years later (1999), Holcombe’s celebrations of the lives of ordinary people made him something of an underground sensation. The album wasn’t a hit in the conventional sense, but Holcombe’s plainspoken poetry was delivered with an effortless blend of folk, country and blues that earned him critical raves and a small but devoted following that’s grown steadily over the last 18 years and several more albums. Pretty Little Troubles finds him once again focusing on the forgotten people who make up the backbone of America. He recorded the album with producer Darrell Scott over four days at The Sanctuary in West Nashville.

“It’s a big open room, like a barn,” Holcombe says. “Darrell Scott brought in some gear and we all sat around in a circle — Jared Tyler on Dobro and mandolin, Verlon Thompson on guitar and resonator slide and Darrell on banjo, guitar piano and almost everything else — looking at each other and playing the songs live. I had arrangements for some of the songs, Darrell had ideas for some of them and others started off naked as jaybirds and arranged themselves through osmosis. As we started playing with each other, we put on their socks and pants.” 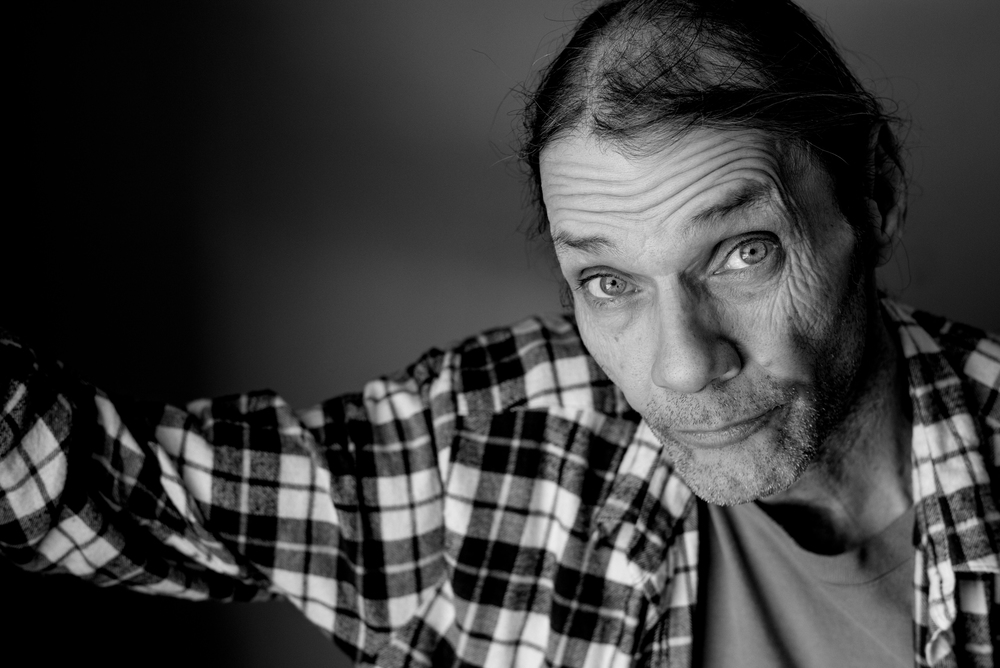 Troubles and truth: “You put your fingers on the frets and go from the gut,” says Malcom Holcombe. “When I’m feeling something, or seeing something going on, I have a duty to write an honest song about it.” (Photo courtesy of Malcolm Holcombe)

The songs on the album are full of the honesty Holcombe is known for. “Yours No More” takes the promise at the base of the Statue of Liberty — “Send me your tired, your poor … ” — and turns it into a warning, detailing the dangers a modern immigrant may face. Resonator slide and Holcolmbe’s rolling fingerpicked rhythms provide an uplifting counterpoint to this cautionary tale, with Scott, Tyler and Thompson adding gospel-flavored harmonies to the call and response of the chorus. In “Rocky Ground,” Holcombe describes a farmer trying to earn a living by coaxing crops out of barren soil, as moaning pedal steel and dark strummed chords intensify the desolation of the lyric. “We Struggle” closes the album with a celebration of the dignity of people trying provide for their families, in a time of diminishing returns. It’s taken at a funereal pace, with Holcomb’s quiet, weary vocal balanced by some mellow, Django-influenced guitar.

When asked if he played the song’s gently swinging, gypsy fills, Holcombe laughs. “That’s Darrell,” he says. “He’s a genuine man of few words, but he’s got the goods and the heart and plays hard. I ain’t that musical, or much of a creative player. I mostly use the guitar to get the words across. When I was a kid, I started on a pawnshop guitar my dad got me. I had a Mel Bay book that showed me where to put my fingers to make a chord. When I couldn’t figure out the chord, I’d hit the guitar out of frustration and it turned into a habit. That’s why my playing is so percussive. When you play alone, you gotta be a one man band.”

Holcombe has had a lot of experience doing that over the course of his long career, and the road he’s travelled has never been an especially smooth one. In the wake of his initial deal with Geffen falling apart, he continued to write songs and gig, both solo and as a trio, but struggled the whole time fighting his personal demons — namely, drugs and alcohol. “I knew I was gonna have drinking trouble the first time I popped the top of a Pearl beer, when I was a youngster,” he says.

That “trouble” might well have been the end of him had Holcombe not turned his life around 15 years ago. That’s when he met his wife, moved back to his native North Carolina to settle in Ashville, and began focusing on his prolific recording career in earnest. He’s made 10 solid albums since 2003, including To Drink the Rain in 2011 and Another Black Hole, released last year. Holcombe says his only agenda has always been to just write a good song.

“I don’t know if my songwriting’s gotten any better or not,” he says. “When I write a song, I hope that it not only makes me feel better, but that it may help somebody else. Sometimes I fail; sometimes I feel like I can’t fail. If anybody hears the songs, they can decide on their own if they’re worth saving or savoring. I just write ’em down and move on.”

His latest album’s closing track, “We Struggle,” sums up Holcombe’s approach. Like much of his work, it celebrates the realities of hard work and aging, ending on a hopeful note, with the birth of a child.

“You put your fingers on the frets and go by your gut,” he says. “My memory’s shot to hell, but when I’m feeling something, or seeing something going on, I have a duty to write an honest song about it. You know how you know if your child is telling the truth? It’s like that, an intuitive feeling that’s not of this planet. It’s a spiritual thing. You can tell if it’s a ray of sunshine or a shadow on the ground, if you’re saying something that’s baring its teeth, or baring its ass, or bearing the truth.”

Next post That old time feeling ... one more time