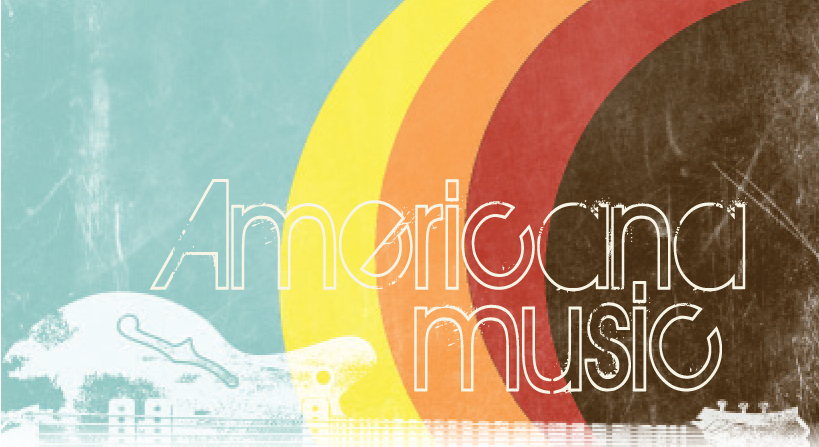 In the beginning, no one thought South By Southwest was going to turn into a cultural phenomenon, let alone America’s most enduring music conference. Organizers Louis Black, Roland Swenson, Louis Meyers, and Nick Barbaro thought they had a regional music fest on their hands, figuring 150 people might show up for SXSW’s inaugural bow in Austin in 1987. But the attendance that first year turned out to be 700, and the numbers — like the festival itself — have exploded ever since. SXSW now runs almost two weeks, encompassing separate conferences for not just music but also film and interactive. Attendance for the music portion alone in 2013 was more than 25,000, with 2,278 acts from around the world playing at 113 venues throughout town.

In 2013, SXSW’s supremacy as the biggest conference of its kind in the industry remains uncontested. But in Nashville, Jed Hilly, the head of the Americana Music Association, has seen his organization’s own annual confab grow exponentially over the course of its decade-plus existence. The Americana Music Festival — which kicks off its 14th year on Sept. 18 and runs through Sept. 22 — is still the new kid on the music conference and festival block, with a ways still to go before matching SXSW in scale and attendance. But considering that the AMA’s event is dedicated to a single genre of music, its numbers — drawing more than 15,000 fans, 1,100 industry professionals and 300 acts in 2012 — are nearly just as impressive. And like the Americana genre itself, it’s getting bigger every year.

There are those who’d argue you can’t define “Americana” — but that indefinability is a big part of why both the genre and its festival have proven so expandable. Not unlike Austin’s SXSW, Americana is a big tent with room for a whole lotta eclecticism: from alt-country to singer-songwriters to indie-folksters to, well, even British rock gods (as evidenced by Robert Plant’s Grammy-winning 2007 collaboration with Alison Krauss, Raising Sand, and his Buddy Miller-produced 2010 album, Band of Joy, winner of the AMA’s Album of the Year award.) Plant isn’t an anomaly, either; Americana has come to be the place where artists ranging from Levon Helm and Bonnie Raitt to John Prine and Kris Kristofferson find their music revered and their presence welcomed. And while the genre has yet to break a mainstream superstar to single-name status, Mumford & Sons’ 660,000 debut-week sales of Babel was impressive, the Civil Wars just topped the all-genre Billboard Top 200 Albums chart with their second project and the Lumineers have clogged pop radio with an efficiency that makes them almost loathsome.

Not surprisingly, the genre has also attracted and embraced more than a few Lone Star artists who have long since outgrown the limiting confines and themes associated with “Texas music” (not to mention “country music”): artists like the Flatlanders, Kelly Willis and Bruce Robison, Hayes Carll, Steve Earle, Guy Clark, and Rodney Crowell, all of whom are more Americana now than pure Texas and were Americana even before it was deemed its own genre.

For Hilly and the rest of his AMA team, the task now is to keep their Americana festival in pace with its ever-growing namesake genre while staying true to its original spirit and mission. Started for the love of the music and the scene, the festival remains on the humble side: there’s just one hotel for panels and a mere handful of venues for the shows. And for those who were there from the get-go, who can forget that once upon a time, the very down-at-its-heels Radisson (which it wasn’t then) was jettisoned for the Hyatt Regency on “the other side of the bridge” because it was a “step up”?

Humble beginnings can lead to awesome results. Or so Hilly is banking. Having sold out of wristbands for non-conference attendees, tickets to the Americana Honors and Awards Show, and conference registrations last year, he convinced his board to double down — adding showcases, collateral events, and more panels.

Each year, the festival kicks off with the Honors and Awards show at the Ryman Auditorium, then slides into a variety of panels that range from high concept to nuts and bolts how-to for bands, fans, songwriters, managers and anyone else who wants to make a difference for the music. The official showcases start up around town in the early evening. This year, the Americana Music Festival has watched its tentacles reach to the Loveless Café for a special edition of the acclaimed radio show Music City Roots, to the Country Music Hall of Fame, the legendary Station Inn, and the Mercy Lounge complex that includes the Cannery Ballroom and High Watt and the Rutledge, among other venues.

And as for the talent lineup — Names! Names! Names! Rosanne Cash will debut her upcoming album and Lucinda Williams will reprise her landmark self-titled release that is now 25 years old. The North Mississippi All-Stars will rock it up; Steep Canyon Rangers will bring the bluegrass; Bobby Rush will brew the blues; Mike Farris & the Roseland Rhythm Review will make a joyful noise; and Billy Bragg will offer social consciousness with a punk meets folk flange. Not to mention a host of other notables from across the Americana spectrum: Richard Thompson, Alejandro Escovedo, Shooter Jennings, Holly Williams, the Dirty Dozen Brass Band, David Bromberg, John Fullbright, Amanda Shires, Stephen Stills, and Kim Richey are all scheduled — and that’s just the tip of the saber. At press time, even actor/comedian/banjo enthusiast Ed Helms had been added to the list of presenters for the Honors and Awards.

Obviously, one can’t set out to tap the zeitgeist the way SXSW has. But by doing cool music well, trying to include a broad enough spectrum that Hanson could set up outside the host hotel, play and “get discovered” without seeming completely incongruent, that speaks to the vastness of what one of these events can become. What fueled SXSW, beyond an incredible volunteer army, was the passion the principles have for music. In Nashville, Hilly is a tireless advocate for the genre — and he’s trying to insure his fervor translates in the most potent ways possible. From bringing in Austin City Limits’ Terry Lickona to fashion a PBS special out of the Honors and Awards show, to trying to create events like the annual Sunday Gospel Brunch, he knows the more culture he can incubate, the more likely his event will thrive — and the more attendees who will go back home and inspire their friends to come next year.