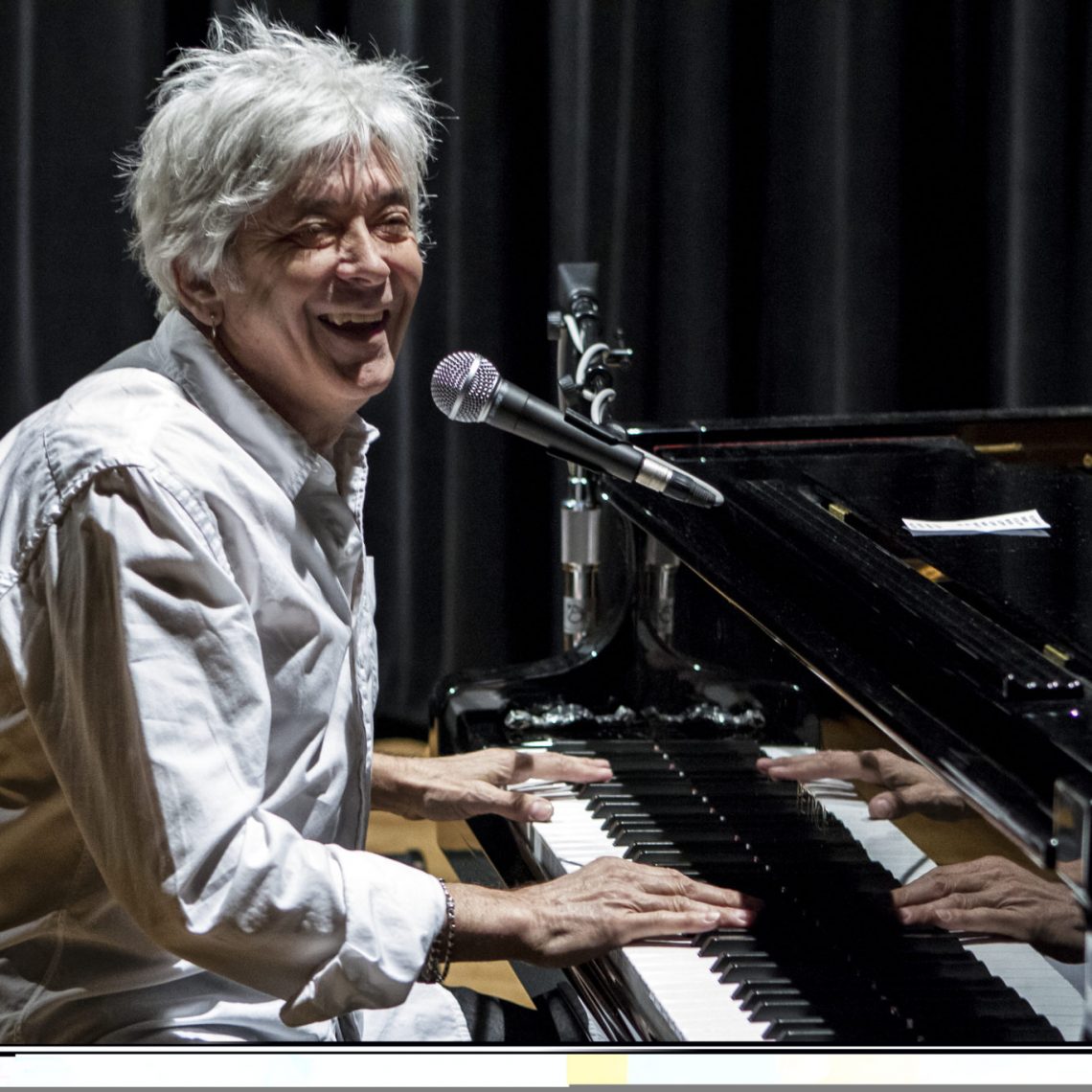 If you didn’t get over to London for the 17th annual Small Faces Convention on Sept. 14, fret not. Keyboardist Ian McLagan, one of the band’s two surviving members, wasn’t there, either. Chances are he was clearing dead trees from the woodsy trails surrounding his home in Manor, just outside of Austin, or composing more tracks for a half-finished album. (He’s already got another completed and awaiting release — in addition to the one he and his Bump Band just sent forth: Live at the Lucky Lounge.)

Or, if McLagan wasn’t busy making new records, he might have been revisiting his earliest ones, exchanging emails about the upcoming Small Faces collection from Charly Records. Titled Here Come the Nice: The Immediate Years Boxset 1967-1969, it’s a limited-edition compendium of the iconic British rockers’ stint on former Rolling Stones manager Andrew Loog Oldham’s label. The lavish package, scheduled for release in early December, should make a nice companion piece to the acclaimed 2004 box Five Guys Walk Into a Bar …, which chronicled the history of McLagan’s other famous band, the Faces. 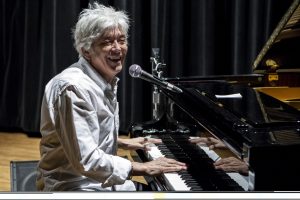 Had Sept. 14 been a Thursday, he likely could have been found pounding gleefully on his Hammond B3 organ, an absurdly unportable instrument, at Austin’s Lucky Lounge, where he’s played free weekly happy-hour shows for nine years. That is, when he’s not running off to gigs such as his Oct. 18 date in New York, where he’ll appear at the Hudson Union Society, an organization that invites members to mingle with heads of state, movie stars and the occasional Rock and Roll Hall of Fame inductee. He’s got an even more prestigious gig on Oct. 26 in Cleveland, where the Faces/Small Faces were inducted into the Hall of Fame in 2012.

This time, he’ll perform in a tribute to his mates the Rolling Stones, subject of the rock hall’s 18th American Music Masters series. No word yet on whether any actual current or former Stones might appear, but if they do, everyone onstage will know what to do. They’ve all played Stones gigs before. McLagan, who accompanied the Stones on several tours, can be heard on one of their finest albums, Some Girls. (He’s still pals with guitarist Ronnie Wood, who became the Stones’ “new guy” after the Faces split up.)

“It’s gonna be quite a good bunch,” says the diminutive McLagan, an affable guy who loves a good laugh as much as he loves a well-poured Guinness. “And frankly,” he adds, “two days rehearsing and a day of playing the show with pals like that, you can’t have a bad time.”

He’s so busy, he’s having trouble keeping his calendar straight; he wasn’t quite sure when he needed to be in L.A. to play on the Rick Rubin-helmed recording session for rising British star Jake Bugg. (McLagan couldn’t fit sessions for Bugg’s last album into his schedule.) He was just in L.A. in July, but that was for a talk and performance at the Grammy Museum and a recording session with Keith Richards for a documentary Richards’ pal Johnny Depp is doing.

Clearly, Mac, as his friends call him, could use a personal assistant. But he’s happy just to have a “real” manager, something he hasn’t had since moving to Austin nearly two decades ago. He’s working with Ken Kushnick, who signed the Talking Heads and helped lure the Pretenders and Madonna to Sire Records; he also manages the late Stephen Bruton’s estate. Kushnick encouraged McLagan to hold off on releasing his already-finished United States album until they could hook up with a label.

“He’s been talking to people, and it’s taken a while,” McLagan explains. “I had a tour booked; I was expecting to be promoting that album, but that was not to be. So I thought, ‘Well dammit, I’ll make a live album.’”

A fun little collection on his own Maniac Records label, Live at the Lucky Lounge sprinkles Small Faces/Faces tunes (“Get Yourself Together,” “Cindy Incidentally”) among his solo songs; it does not, however, contain any new material. He didn’t want to steal thunder from United States. But the Lucky Lounge sessions also were taped for a DVD.

“Once the studio album comes out, then I can follow that with the live DVD with all of the songs,” he says. “And by that time, I’ll have another studio album ready for sure.”

There’s no reason to slow down, even though, at 68, he’s at a point in life where, he says, “You’ve gotta always make sure you have a good black suit ready.” 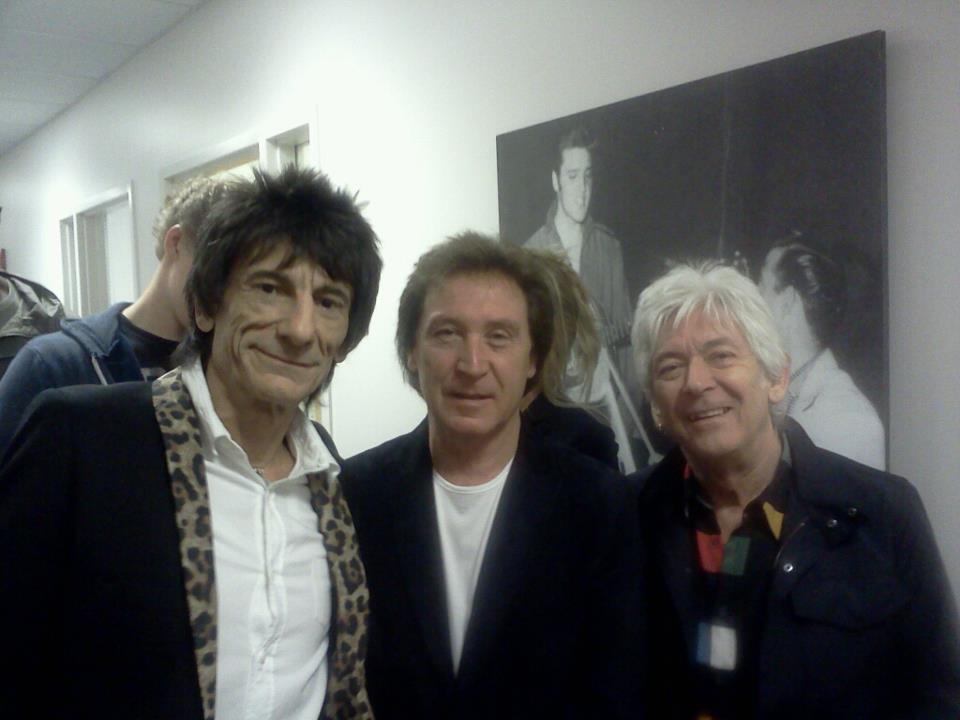 McLagan reuniting with Faces bandmates Ronnie Wood (left) and Kenney Jones (center) before a press conference at the Rock and Roll Hall of Fame. (Photo by Jo Rae Di Menno)

But McLagan mentions he and drummer Kenney Jones are kicking around the idea of a 50th-anniversary Small Faces tour in 2015. (Attempts to reunite the remaining Faces — McLagan, Jones, Wood and singer Rod Stewart — have been stymied by the former frontman.) They want to do something to acknowledge the milestone, though, he notes, a tour featuring the drummer and organ player “doesn’t sound very exciting.” (Except, perhaps, to a certain group of London conventioneers.)

“But there are other people in the world,” he says. “… The idea is to get, like, Paul Weller and Noel Gallagher, and go on the road as a four-piece and fuckin’ rock it up.”

With a conspiratorial laugh, he adds, “Music has to be played.”