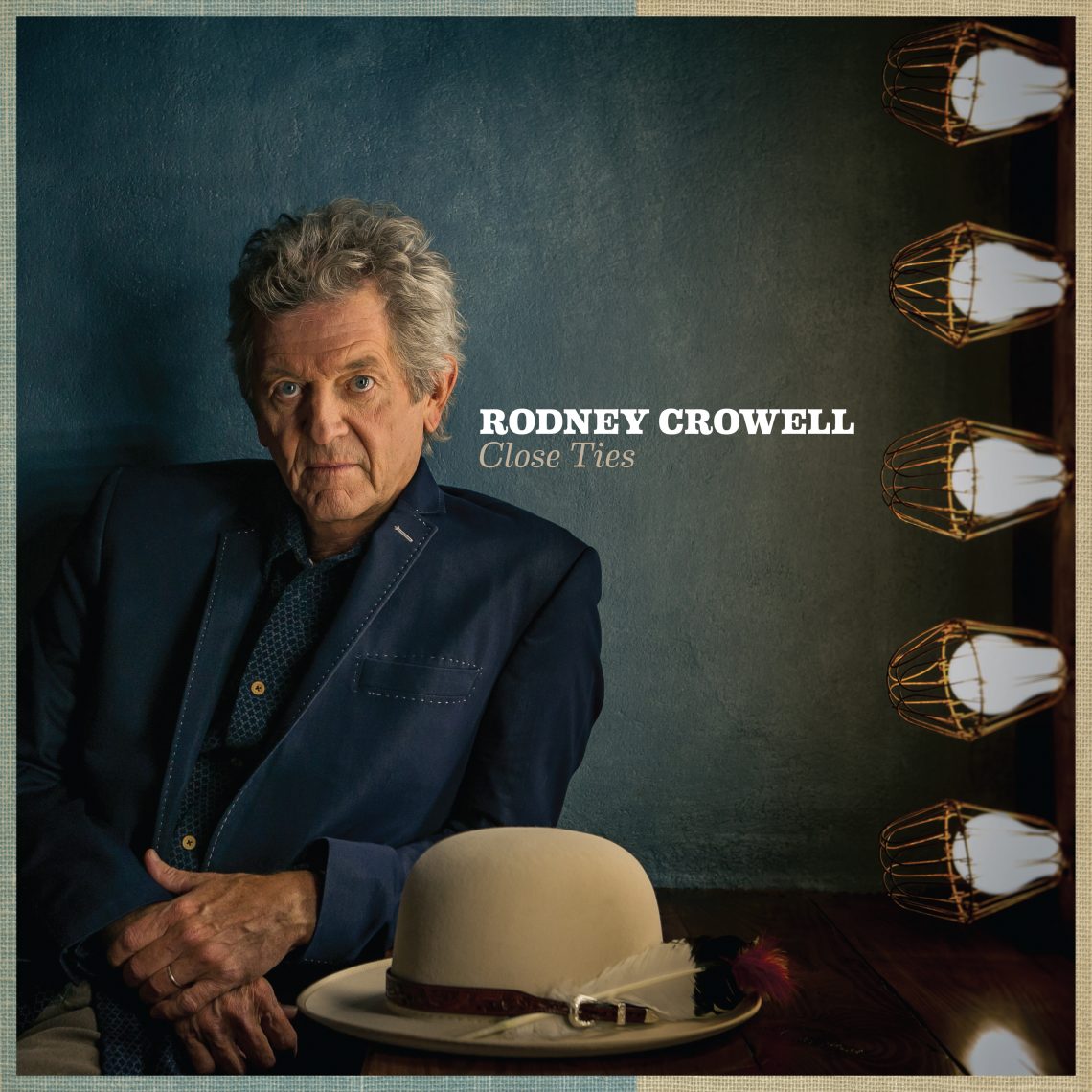 Sixteen years on from the release of his career-rebooting The Houston Kid, Rodney Crowell’s second wind has now been blowing longer — and stronger — than any other creative period in his life. His opening run as a recording artist (1978’s Ain’t Living Long Like This through ’88’s Diamonds & Dirt) may have yielded a lot more in the way of hits, both the country chart-topping kind and those of the more timeless “’Til I Gain Control Again” variety, but it’s with the nine albums he’s released since the turn of the century that he’s really distinguished himself as one of the most consistently eloquent Americana songwriting voices of his generation — not to mention one of its most unreservedly forthcoming, mining many of a song straight from the vein of firsthand experience and not always flattering personal history. For The Houston Kid and most of his 2011 memoir, Chinaberry Sidewalks, Crowell focused on his formative years in Texas and his relationship with his parents; on the new Close Ties, his decades-long friendship with the late Guy and Susanna Clark serves as the fulcrum for a brutal audit of his own life, love, and career choices over the span of the 45 years since his first move to Nashville.

Par for his course, Crowell’s long, hard look in the mirror here can feel equal parts disarming and almost disturbingly voyeuristic. “I used to pull my britches on with just one thing in mind / make the girls believe that I’m the last one of my kind,” he tsk-tsks at one point, raking his silver boot-tipped and mullet-headed Diamonds & Dirt-era younger self over the coals of a wickedly loping groove before flatly declaring “I Don’t Care Anymore.” With the stately piano ballad “Forgive Me Annabelle,” he sifts through the cold ashes of an old relationship (perhaps a composite, but in context here more than likely ex-wife Rosanne Cash) and offers a full-hearted mea culpa rooted not in regret so much as late-blooming empathy and the 20/20 hindsight of maturity. Tellingly, Cash herself is prominently featured (along with John Paul White of Civil Wars fame) on the centerpiece track “It Ain’t Over Yet,” an exquisitely nuanced reflection on aging, learning to appreciate the gift of second chances, and the importance of keeping the creative fires stoked right up until the dying of the light.

Guy Clark isn’t mentioned by name in that song, but his presence (and Susanna’s, too, for that matter) feels palpable if not intrinsically written into every line. Of course you’d have to know at least a little of Crowell and the Clark’s long history together to make the connection, but not knowing any of it doesn’t diminish the song’s impact at all, which is a testament to just how masterful Crowell can be at making even the most personal insights feel universal — or at least he can be when he has a mind to. The closing “Nashville 1972,” much like its official video, is essentially a rifle through an old shoebox full of snapshot memories of Crowell’s introduction to Music City and the rogue’s gallery of fellow misfit poets who orbited Guy and Susanna’s little world. What elevates it above being just an exercise in name dropping is the way Crowell spends just as much time reminiscing about the pair of gypsy hanger-on “Townes Van Zandt fans” who “fought like dogs in Spanish and made love in Russian” as he does recounting the time he first met Willie Nelson at some reefer-infused party. But “Life Without Susanna,” arguably the rawest and most emotionally frayed song Crowell has ever committed to record, is really just too personal and insular by design to leave much room for anyone outside of the Clark inner circle. For all the intrigue packed into an opening line as revealing as “Life without Susanna started when Townes Van Zandt died,” when he later sings “life without Susanna is something we all have to face / so welcome to the world as we don’t know it,” that “we” somehow feels both overly presumptive and exclusionary. By contrast, “Forty Miles from Nowhere” — one of only two or three songs on the album that doesn’t feel like a page ripped directly out of Crowell’s own journal — paints a devastatingly poignant picture of a widower going through the motions of a life “at the bottom of the world,” in which “friends don’t call like they used to for reasons not unkind,” because “‘if there’s anything that we can do’ rings hollow down a telephone line.” “We” don’t know who this man is, who is wife was or who any of those friends might be, and we might not all even know firsthand the true depths of that kind of loss. But for the span of six utterly heartbreaking minutes, Crowell makes us not just feel it but understand it — and the ties that bind artist, song, and listener just don’t get any closer than that. — RICHARD SKANSE