Shinyribs: “I Got Your Medicine” 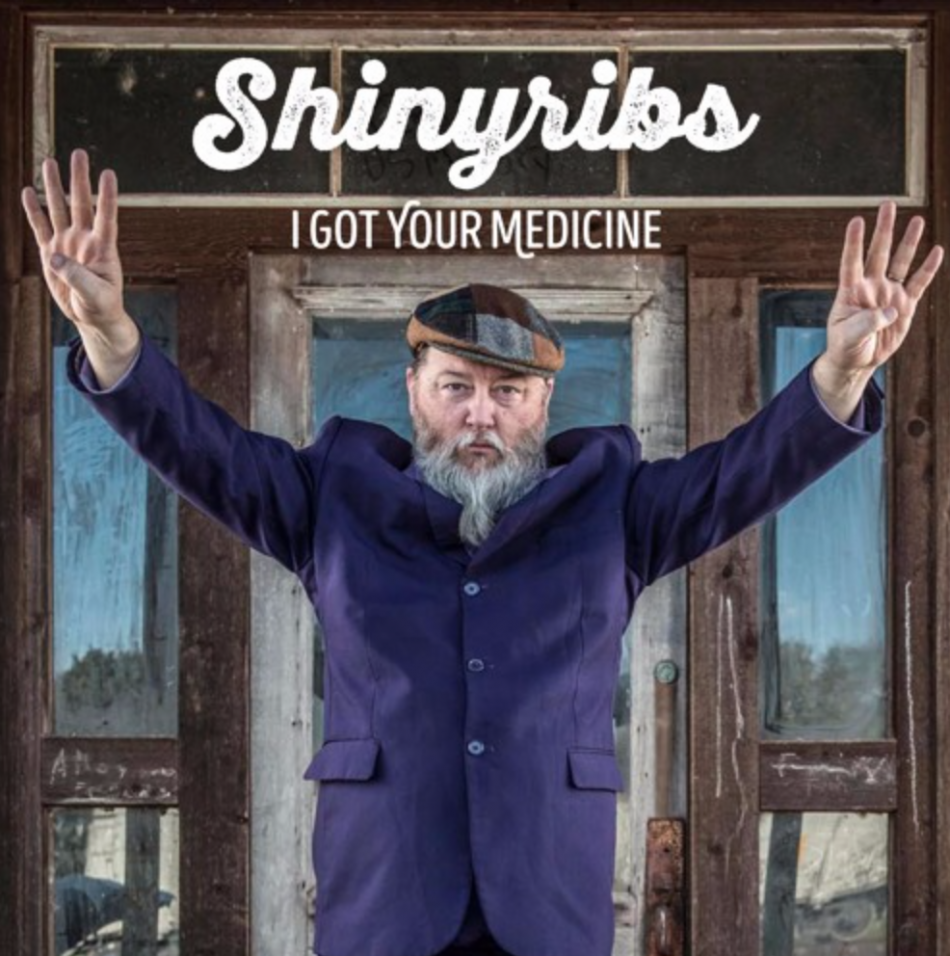 When Austin music vet Kevin Russell — best known for his long tenure as co-frontman of the charmingly eclectic the Gourds — stepped off into the side-project-turned-full-time gig Shinyribs, the intention clearly wasn’t to narrow the musical scope. Over the course of three well-received albums leading up to this year’s I Got Your Medicine, his output has been no less fun, no less diverse, and no less freewheeling than his Gourd-days contributions. If anything, it’s the emotional register that has tipped, in a warmer and sunnier direction. It’s usually a bit lyrically esoteric but, just as the melancholy seeps always through in a Jay Farrar song, the infectious joy and exuberance come through no matter what catchy non-sequiturs Russell is singing and whether the method of delivery is country, soul, folk, rock or any alchemic combination thereof.

And perhaps this is Shinyribs most joyful noise yet, not unrelated to the fact that he’s thrown at least slightly more rope than usual around his musical approach. I Got Your Medicine is steeped heavily in a notably New Orleans sort of genre blend: more funk and less folk, more horns and less mandolin, more dancehall groove and less back-porch intimacy. Elements that were scattered across Russell’s previous albums (especially the 2015 gem Okra Candy) are distilled and amplified here, as the man known for giving voice to in-concert covers of everyone from TLC to Bocephus spices his new originals with simpatico classics from the Allen Toussaint school of R&B like “A Certain Girl” and “Nothing Takes the Place of You.” The album’s even structured a bit like a ballroom-friendly set list, warming the crowd up with subtler, more insinuating grooves on the opening title track and the slow-burn “Don’t Leave it A Lie” before cranking up the intensity on the soul=pleader “I Gave Up All I Had” then letting the tempo rip on the big-band blues of “Trouble, Trouble” and the off-kilter funny “Tub Gut Stomp & Red-Eyed Soul.” The record never really lets up, and arguably just gets better as it goes, just as hilariously profane on the battle-of-the-sexes duet “I Don’t Give A Shit” as it is exuberantly sincere on the gospel rave-up closer “The Cross Is Boss.” It’s like Shinyribs knew from the get-go that this party might last until Sunday morning and wanted to give the blissed-out and boozed-up a chance to wash out those sins on the way out the door.

If there’s anything negative to be gleaned from an album this bright, bouncy, and soulful, it’s a nagging fear that one of Texas’ greatest under-the-radar talents might already have the moving van packed for Louisiana. Hopefully it’s less a matter of pulling up roots and more a matter of bringing it all back home. — MIKE ETHAN MESSICK