Robyn Ludwick: “This Tall to Ride” 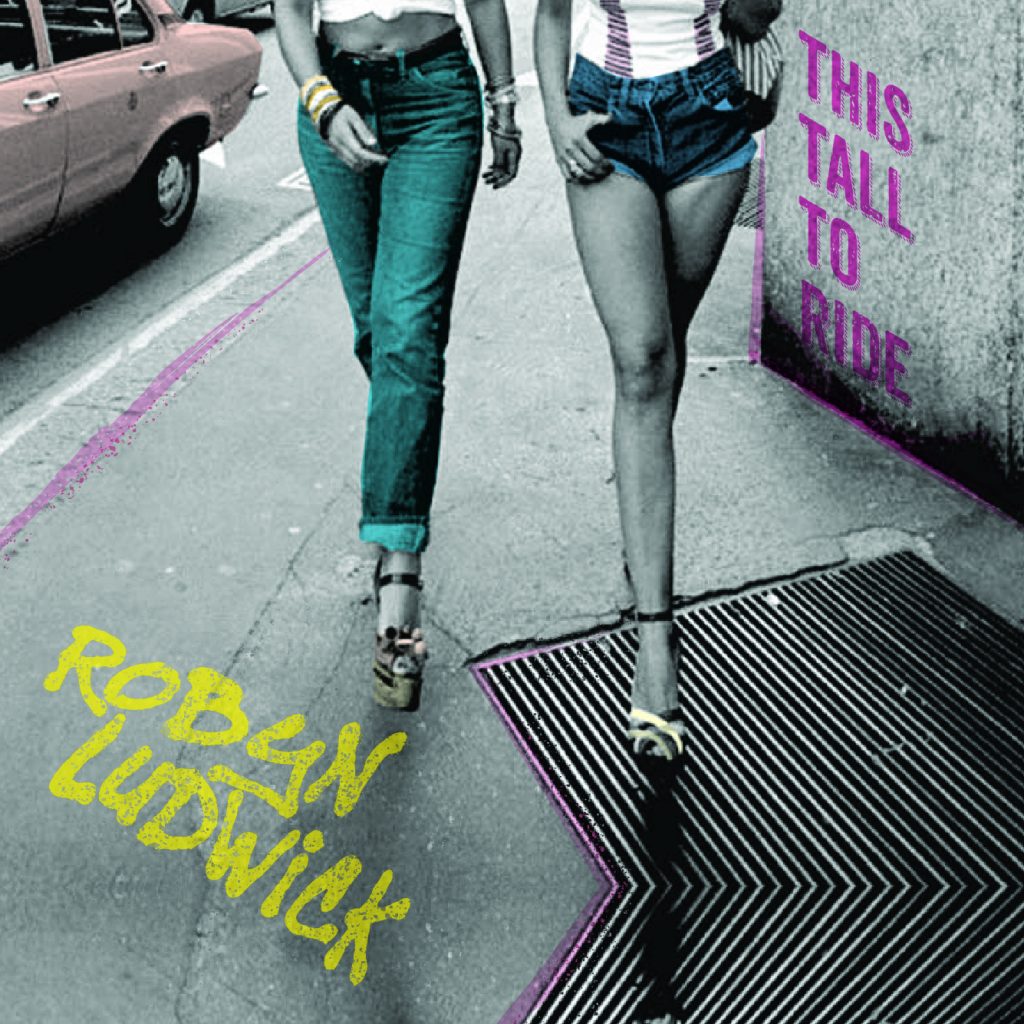 Robyn Ludwick’s family might be a bit of a microcosm for the gender politics of the country/roots end of the music business itself. Her better-known brothers Bruce Robison and Charlie Robison are pretty much independent Texas music royalty: their best albums are considered cornerstones of the genre where they made enough impact to parlay into some mainstream love, with chart-topping hit covers by household-name stars and stints on Nashville record labels and TV shows. Her sister-in-law Kelly Willis and former sister-in-law, Dixie Chick Emily Strayer (formerly Robison), are sublime talents that found their best successes in the alt-country and mainstream country-pop fields. And Ludwick, a songwriter of Bruce-rivalling depth, has arguably been the most productive of the bunch over the last decade or so, yet has been toiling away on the more obscure fringe of regional country-folk often populated by even the best female artists our state has to offer.

Sure, this is an oversimplification. Ludwick didn’t start writing songs until around age 30 and only made her full-time commitment to her music career relatively recently, and even male artists with a folkier bent tend to get short shrift compared to their more amped-up brethren. But enough about the business: if making great and unique music is the chief goal, Ludwick has been a raging success lately. There’s more than a trace of Lucinda Williams in Ludwick’s tough-but-vulnerable lyricism and whiskey-tinged plea of a voice, but she’s no imitator. Her last couple of records — including her 2011 masterpiece, Out of These Blues — were helmed by producer Gurf Morlix, framing her wounded narratives in his distinct muddy-watered sonic stamp. This time around, John “Lunchmeat” Ludwick (her prolific session-musician husband, yet another gifted branch of the family tree) has her on more solid honky-tonk ground, with a bit more jangle, volume, and bite that befits a batch of songs that lean more aggressive and crowd-pleasing than her other recent efforts. Right out of the gate, there’s the assertive “Love You For It,” a breathless come-on that sets the table: if the album asks for your attention and affection, it’s also got plenty to give you in return. On her past work, Ludwick frequently sang in first-person character from a male perspective, which yielded some great songs but could be a bit confusing to the casual listener. This Tall To Ride comes from a more consistently feminine point of view, albeit a woman whose “Rock & Roll Shoes” are a thinly veiled cocaine metaphor, a woman with sympathy for the “Junkies and Clowns,” and a woman whose “Texas Jesus” is a strung-out barfly comparing his newfound “free-lancing hooker” companion’s healing powers to Mexican heroin. It’s not usually Ludwick’s personal story, thankfully enough, but her salty imagination and writerly knack for lowdown detail makes it all sound alarmingly or disarmingly real, depending on your sensitivities.

Even if you’re not the type to absorb lyrics (or even if you speak a different language entirely), This Tall To Ride is a pretty fetching listen. It’s all got the immediacy of something that could be pulled off by a live band, acoustics and electrics bleeding into one another and chasing each other around the well-crafted dynamics; the call-and-response chorus of “Bars Ain’t Closin’” is about as poppy as Ludwick’s gotten in a while, and the tension-and-release build of most of the tracks marries nicely to the emotional turbulence on display. Best of all, to these ears, is the pleading mid-tempo heartbreaker “Insider.”  There’s something unsettling bubbling up underneath (lines like “I was my daddy’s little girl/and my Uncle Johnny’s too/but that’s the price I know/for the life I knew” will follow you home whether you want them to or not), but the plea for love and acceptance rings clear, true, and universal. “Can you hear my love, from up on the fire escape … I wanna be the insider again.” It’s humble, hopeful, and hurting — another side of the coin to the welcome swagger elsewhere on one of 2017’s best records yet. — MIKE ETHAN MESSICK