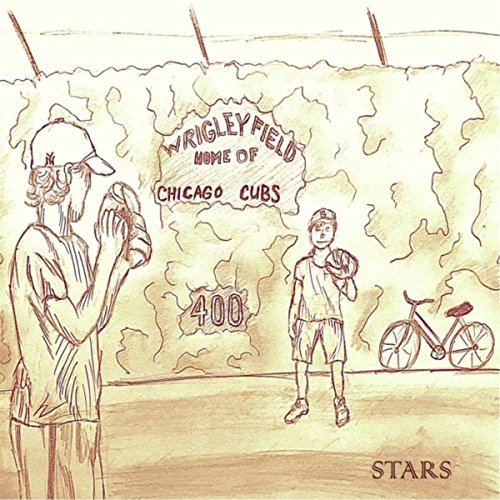 A Northeast Texas troubadour who has been semi-quietly building up his catalog over the past decade and change, Michael O’Neal has been true to his voice since 2006’s Soul Shine and unmoved by a need to fit in to the love song/party song/rinse-lather-repeat expectations of his ladder-climbing brethren. He brings a pretty distinct point-of-view to the table: masculine without being too stoic to write a song about it, driven by detail and character sketches, empathetic and specific in his tales of resilient and troubled folks making do in hardscrabble circumstances. His pet subjects — machinery, veterans, friends and family so vividly drawn they must be real — might bring to mind the work of Fred Eaglesmith, Guy Clark, or Chris Knight, but listening to O’Neal’s work is much less a game of spot-the-influence than it is an often-poignant, sometimes-chilling walk around inside a storyteller’s mind. This year’s record, Stars, often feels like the sonic equivalent of a personal photo album with vivid notes scrawled in the margins: the elderly relative cursing his lost mobility in “Robert,” the beloved daughter celebrated in “Growing,” and the hard-luck buddies in “Cubs Win,” “Bobby Blair” (a duet with the title character’s brother, Austin songwriter Shad Blair), and the title track take on three dimensions as their stories are told in O’Neal’s graveled tenor (think Mike McClure after smoking a couple Black & Milds). It’s no calculated outreach to passive listeners, but for the invested it’s a rewarding listen. O’Neal’s specifics tend to reach for something larger: “Ms. Hawkins” and “The Drill Press” might be tales of a dead dog and a secondhand tool on the surface, but respectively they’re also about regret and grief in a way that will linger and haunt you well after the songs are done.  Producer Geoff Queen (an Austin steel guitar ace) keeps things fittingly spare for the most part, with the heaviest production landing on the album’s heaviest song. Prefaced by a chilling spoken-word “Things They Carry,” “North Damn Vietnam” goes charging into the chaos of war with an ominous rock ’n’ roll kick.  Even though the grateful closing track “Ronnie’s Wing” doesn’t necessarily have a happy ending, it’s still sort of a comfort that O’Neal’s bringing the record closer to home. — MIKE ETHAN MESSICK