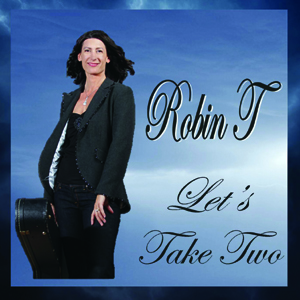 ROBIN TERRAZAS
Let’s Take Two
Platinum Blues Music Company
“Don’t tell me how success will be/Don’t tell me the price I must pay,” implores San Antonio’s Robin Terrazas at the outset of “Success,” the opening track on her debut album. “Please tell me how great success will be, and how much that it will pay.” Her delivery is pure earnest, but she’s bound to have her tongue a little in cheek there: Let’s Take Two is not the work of a naïve young woman with stars in her eyes. According to her bio, the Houston-born, Mississippi-raised Terrazas grew up singing in church choirs and such and recorded back-up vocals for the likes of Dr. John and Marva Wright, but put her music ambitions on hold long enough for her three children to grow up. So although she may be getting a rather late start on her own recording career, the 11 tracks on Let’s Take Two (all self-produced originals) showcase a mature artist unencumbered by trends and awkward grasps at crossover appeal: her specialty is straight-up jazzy blues, served with the sophisticated, big-city smoothness of Robert Cray and wrapped in smoky, sultry soul. Norah Jones-level overnight fame (and “pay”) probably isn’t in the cards for this one, but if Terrazas quantifies “success” as merely making a confident artistic statement she can be proud of, she’s got it in the bag. — RICHARD SKANSE
Tags: bluesDebut AlbumDr. JohnHoustonjazzLet's Take TwoMarva WrightMississippiNorah JonesreviewRichard SkanseRobert CrayRobin TerrazasSan AntonioSelf-ProducedsoulSuccessTexasTexas womenwomen in music

Next post Rock the Goat: Resilience — "It's Gotta Come from the Heart"