Robert Ellis: “The Lights From the Chemical Plant” 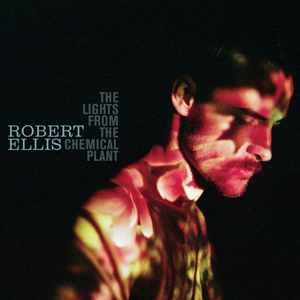 As much as one hates to inadvertently set any gifted young hopeful up for a fall, burdening them with the weight of living up to ridiculously high expectations, there’s no point in tiptoeing around the truth: Robert Ellis is the future of Americana music. And though it remains to be seen exactly how long of a shadow The Lights From the Chemical Plant will cast over every other release within spitting distance of the field this year, the album’s “Chemical Plant” is already the track to beat in 2014. Yeah, that’s a helluva lotta effusive praise to heap on a guy a lot of people probably haven’t heard of yet, but Ellis’ second nationally distributed album (following 2011’s Photographs and an earlier independent release from his Houston barroom days) backs it all up in spades. This is Gram Parson’s “Cosmic American Music” recast as 21st century country noir, Willie Nelson’s Phases and Stages filtered through a millennial hipster’s hypersensitive-yet-seemingly-detached heart, and, well, the kind of record where a prodigal honky-tonk kid still well shy of 30 can pull off a sincere cover of Paul Simon’s “Still Crazy After All These Years” that sounds as lived-in as its startling, spiraling guitar solo sounds out there. Ellis’ originals convey a similar world-weary but still-unsettled spirit, torn between escapist fantasy (“TV Song”), bittersweet reflection (“Bottle of Wine,” “Houston”) and sobering honesty (“Pride,” “Only Lies,” “Tour Song.”) Served with Ellis’ expressive, high-lonesome twang set in sharp relief against the quiet storm of Jacquire King’s spacious but tension-barbed production, there’s really not a minute of it that’s not gorgeously unsettling. But it’s the aforementioned “Chemical Plant” that towers over all. Stripped down to its bare essence, it’s a simple, sentimental love story: two small-town kids fall in love and spend a lifetime together, the years passing them by “not so unkindly” until one sits by the other’s deathbed. But the way Ellis frames and illuminates that old familiar sad song through the eerily beautiful glow of refracted unnatural light is the work of a true auteur. — RICHARD SKANSE

Previous post Lincoln Durham: "The Exodus of the Deemed Unrighteous"