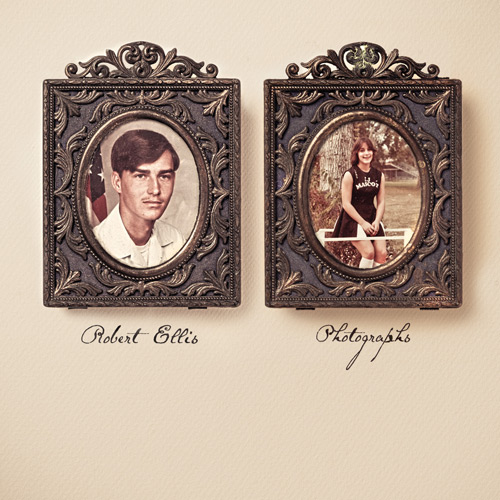 Not quite a cradle-to-the-grave narrative, Robert Ellis’ second album (and first with New West) nevertheless charts a lengthy portion in the arc of a life — for our purposes we’ll call the main character “He” — and the relationships that define it. It’s an assured and expansive album of impressionistic folk and dancehall country by the young Lake Jackson native who has cultivated a sizable following in Houston for his hard-driving Whiskey Wednesday performances as Robert Ellis and the Boys as well as his more contemplative solo acoustic performances.

“Friends Like Those” opens the album with gently picked acoustic guitar and a statement of purpose: “The things you leave behind will often cross your mind but you won’t forget them,” Ellis whispers. “Bamboo” finds our character emulating his father only to drift onto his own path. “Two Cans of Paint” playfully suggests new beginnings (“I could see myself getting old with you”), while “Westbound Train” puts all of us at the depot, where we try to catch a ride with another, all at the bidding of some mysterious “great rearranger” (who lent his name to Ellis’ debut album two years ago.)

That whole first half of the album is calm, a searching tone for a searching period of life. “Westbound Train” is the transition point where the feathery folk gives way to harder country. The second half brings love and conflict, opening with the yearning of the self-explanatory “Comin’ Home,” which later finds trouble when He and She find their migratory patterns between the bars and home don’t entirely match. There follows commitment and distrust and the blunt admission that He and She ain’t who they used to be. “We’ve both grown up quite a bit,” He admits.

On the title track, the photographs are meant to be taken down, not so much for a fresh start but as suppression of anguish. Nearly all 10 songs here have little snapshot details that give them a strong sense of place and time. But the photographs of Photographs aren’t a vessel for nostalgia. It’s an album that cycles through tough love and tough loss. As Ellis sings on “Bamboo,” “There ain’t one good thing about being on the bad end of a deal, like getting memories in place of something that was real.” — ANDREW DANSBY