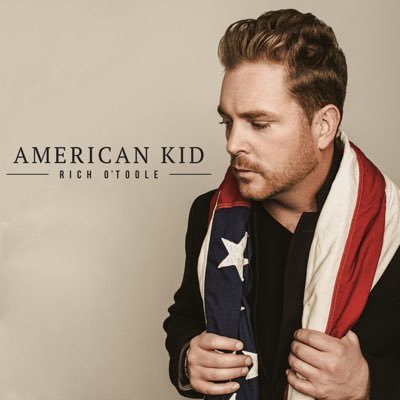 This may be odd timing for a review of an album that’s been up for sale for a couple of months now, but odd timing has been a part of Rich O’Toole’s career from the get-go. The most recent example was a could-have-been-worse car wreck (in the backseat of an Uber, no less) that briefly derailed O’Toole’s latest album release tour. A couple of weeks later he was honoring gig commitments in a neck brace, looking for all the world like a determined young performer who’d suffered a little whiplash instead of the usual backlash.

“Backlash” because Rich O’Toole has taken more drubbing from fans of a usually all-welcoming Texas country genre than most of his fellow artists. In the mid-2000’s he started picking up momentum more quickly than most, a fresh-faced kid playing straightforward country-rock tunes for likeminded frat and sorority types, picking up opening gigs for artists who’d just recently upgraded from opening up Pat Green gigs themselves. So perhaps there was a little sour-grapes action from fans (and other artists) who preferred their troubadours a bit more grizzled and world-weary, or who questioned why some of that luck and attention didn’t fall their way instead of his. As social media engagement became more and more of a part of the business, frequent participant O’Toole had yet one more avenue to be cheered and jeered at, making for some interesting mini-chapters along the way.

O’Toole’s prolific approach, however, offers a bit of perspective. You could already crib together a compilation album from the five albums and various singles the young songwriter has put out thus far: in fact, you could easily put out two. One could feature numbers like “Marijuana & Jalapenos,” “Drunk Girl,” “Summer Girls,” etc., and paint him as a one-note niche artist in the Jimmy Buffett vein (and a certain segment of the audience would absolutely love it). Another one could stack up songs like “Banks of the Mississippi,” “Urban Disgrace,” “Never Gonna Quit” and the like to reframe him as an earnest and underrated country-pop artist with a great knack for giving heart-on-sleeve laments a little top-down rock & roll kick. Pretty much all of his sixth album, American Kid, would be eligible for the latter compilation.

Having a spoken-word intro from Houston rap standout Bun B seems like a head-scratcher on the surface, but the man makes some good points and gets things off on a positive note. The breezy title track settles for being catchy, but the record grows as it goes, trading in tales of glamorous down-and-outers (“Sunset Blvd,” “Casino Lights”), a killer Phil Pritchett cover (the Elvis-lives fantasy “God Save the King”) and some sincere lovelorn standouts like “Heartbreak is a Currency” and “Back to Back.”  O’Toole makes the Boss-idolizing subtext into plain text on the driving “Springsteen Gold,” riding a heroic Telecaster riff off into the sunset on arguably the album’s best song, eschewing “pop music selling fast-food dreams” for an idealized (and idolized) past. Sure, O’Toole’s been guilty of serving up some empty calories a time or two. But American Kid is plenty hearty, and a good solid listen track for track. — MIKE ETHAN MESSICK