Chris Stapleton: “From A Room: Volume 1” 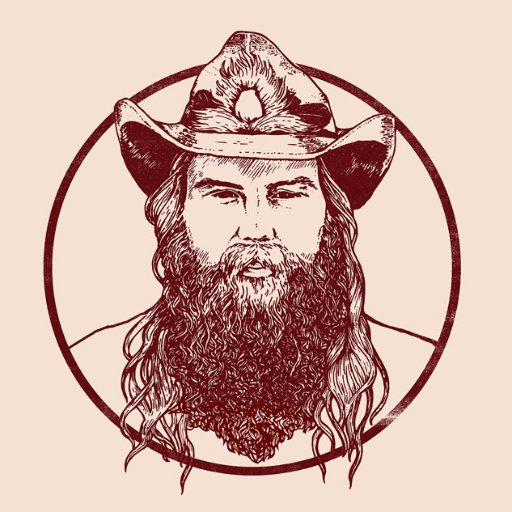 If you were updating the authoritative history of modern country music to reflect the last couple of years, you’d be hard-pressed not to make Chris Stapleton your focal point. His solo debut, Traveller, was the best-selling country album of 2016, but that’s only a modest portion of why Stapleton’s been the genre’s most talked-about artist. The son of a Kentucky coalminer paid no shortage of dues over the last 15 years or so, working the modern bluegrass niche with his band the Steeldrivers while notching numerous cuts as a songwriter for the more conventionally commercial-powerhouse likes of Luke Bryan, Thomas Rhett, and even Adele. But given free rein to express his own voice, literal and figurative, he came up with the sprawling and masterful Traveller; it took a few months to catch on, but as the accolades started to snowball even mainstream radio and the Country Music Association gradually (grudgingly?) came around. When the 2015 CMA Awards saw Stapleton steal the show with a rollicking performance aside Justin Timberlake (of all people) and snap up awards for Best New Artist, Album of the Year, and Best Male Vocalist, it felt like the tide was really starting to turn in favor of the sort-of-unglamorous but gifted and adventurous musicians ready to buck the system.  Stapleton was lauded alongside fellow ascendant alt-countryish stars Jason Isbell and Sturgill Simpson as sort of a pre-ordained Mount Rushmore of better, bro-country-free days to come, and his music (and history working within the Nashville system) put him in the best position to crash (and class up) the mainstream country tailgate party.

So once you’ve changed the world, or at least been credited with the ability to do so, what do you do for a follow-up? Oddly enough, Stapleton’s latest — From A Room: Volume 1 — brings to mind the Guns N’ Roses sophomore record Lies, a low-key release in the wake of their ornery game-changing smash Appetite For Destruction. Not in sound or theme or attitude, just in unexpected modesty on the heels of a beloved breakthrough. From the artwork to the nine-track length to the oft-spare musicianship, there’s no indication of a platinum-selling budget getting aggressively rolled over into a do-or-die sequel to the biggest country album in recent memory. There’s little doubt that Stapleton’s distinctively rangy, soulful wail of a voice could hold its own against the London Philharmonic and the Mormon Tabernacle Choir on every track if needed, but Stapleton and producer Dave Cobb aren’t having it.  There’s still some pretty damn meaty rock ’n’ roll to be had — the kick-off track “Broken Halos” and the blues-rock throwdown “Second One to Know” have punch to spare — but easygoing tempos and stripped-down performances prevail. And typically that’s what makes sense in context of the material: the heart-wrenching loneliness of the dying marriage in “Either Way” or the doomed convict in the closing “Death Row” wouldn’t resonate the same against an incongruous wall of sound.  And if Stapleton’s voice is an instrument more naturally suited for blues or soul-inflected rock than country, perhaps the twangy subtleties of the charming “Up to No Good Livin’” and the cover of Gary P. Nunn’s “Last Thing I Needed, First Thing this Morning” are just the counterpoint he needed to keep that stadium-sized voice in the corner honky-tonk for a few minutes.

Elsewhere, Stapleton swaps out the twang for straightforward electric blues reminiscent of Stevie Ray Vaughan or Robert Cray on “I Was Wrong” and “Without Your Love,” then goes off on a little stoner-lament lark with “Them Stems.” It’s not quite as attention-grabbing as the album’s front end, and might just be filler in the hands of a less-arresting vocalist and guitarist. Given the last couple of years, newly-minted fans might have been hoping for something bigger, bolder, and splashier, even if part of Chris Stapleton’s appeal is his ability and willingness to get down to the basics and still wow you with his virtuosity. Perhaps there’s a bigger climax in store on From A Room: Volume 2 (reportedly due out later this year). Perhaps, though, the real payoff is a nice long future of straight-up blues, rock, country, and soul from a fulsomely talented man fluent in all of the above. — MIKE ETHAN MESSICK