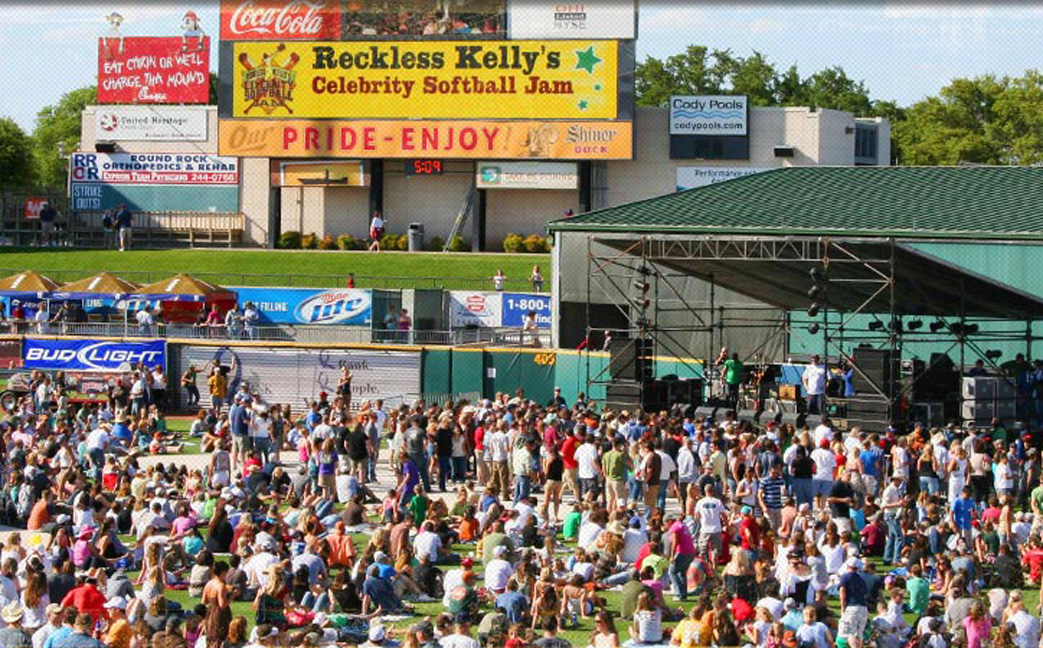 While the rest of the country may rely on a certain ground-dwelling rodent named Phil to tell them when to expect the end of winter, Texas and Red Dirt music fans in and around Austin have become accustomed to a much more reliable sign that a seasonal change is in the air: the first round of details for the annual Reckless Kelly Celebrity Softball Jam.

Well, pack away that light jacket and your winter shorts, because spring is officially nigh. 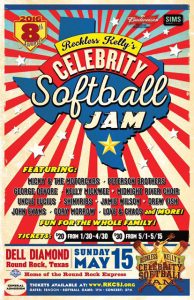 This year’s RK Celebrity Softball Jam — the eighth if you’re keep score — will be held May 15 at the Dell Diamond in Round Rock, with tickets now on sale at RKCSJ.org. Proceeds will benefit both area youth sports leagues and programs (a cause that the RKCSJ has raised more than $300,00 for over the years) and Austin’s SIMS Foundation, which assists Austin musicians and music industry workers with mental health and addiction recovery care, counseling, and other services.

Although “major headlining acts” are still to announced, the following participating artists have all been unveiled: Cory Morrow, Micky & the Motorcars, Midnight River Choir, Uncle Lucius, Shinyribs, Jamie Wilson, Kelley Mickwee, the Peterson Brothers, George Devore, John Evans, John D. Hale, Love & Chaos, and Drew Fish. As in years past, fans can expect to see most if not all of the artists participating in the softball game itself in addition to performing afterwards.

And of course the artists won’t be the only ones taking turns at bat. The two competing teams (lead by Reckless brothers Cody and Willy Braun) will also feature MLB players Brooks Kierschnick and Glenn Wilson Sr. and a who’s who (or maybe a who’s that?) lineup of area radio personalities and other music media/industry types: Eric Raines of KOKE-FM, B-Doe of KLBJ, Kirsten Winquist of Sirius XM, Andy Langer of KGSR, Anne Hudson of KASE 101, Erin Hogan of The Horn, Addie Broils of the Austin American-Statesman, TJ Greaney of Country Line Magazine, tour manager Charlie Hodge, and Texas Music Office director Brendan Anthony.

Tickets for the all-day event are $20 from now until April 30. From May 1 until game day, the price goes up to $30. So buy early and save a tenner or procrastinate a bit longer and give a little more to help out a good cause. Either way, everybody wins.