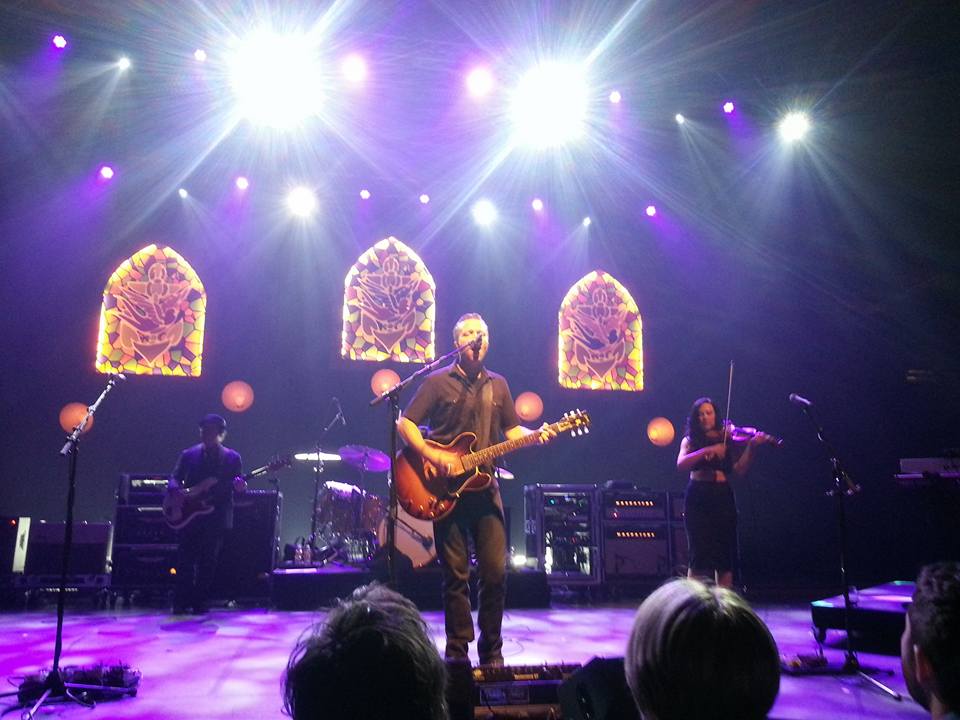 “Ain’t it great to be alive? Ain’t it nice to be fighting’ on the winning side?”

There’s always a ring of triumph to Shovels and Rope’s “O’ Be Joyful,” but that particular line hit home truer than ever when Cary Ann Hearst and her husband/bandmate Michael Trent played it Tuesday night in Dallas opening for Jason Isbell, barely 24 hours removed from the headliner collecting two Grammy Awards in Los Angeles. The packed show at the South Side Ballroom felt like something substantially more than just another stop on Isbell’s tour supporting Something More Than Free, which won Best Americana Album and features “24 Frames,” winner of Best American Roots Song. This was an all-out victory party — not just for Isbell but for all of the fans who had been waiting for the rest of the world to catch up with them in acknowledging the Alabama singer-songwriter as one of the brightest stars not just in Americana, but in American music, period.

Of course, there’s little doubt that this show was set to be an electric one even before the awards were handed out Monday night; Isbell’s current tour, just like his chart-topping album, has been gathering rave reviews from the start, and the pairing with Shovels & Rope makes it one of the hottest tickets of the season. The former Drive-by Trucker, recently profiled alongside Sturgill Simpson and Christ Stapleton in GQ, has come a long ways from his youthful days fueled by alcohol and recklessness: He is now a walking billboard for Americana at its literate and poetic best. And when he walked out onstage with his Duesenberg Gold Top Starplayer strapped around his shoulder, he looked lean, confident, and ready to deliver. He also looked like a man very much having the time of his life.

After opening his set with “Stockholm,” from his 2013 masterwork Southeastern, Isbell never attempted to suppress the smiles he shot to his wife, fiddle player and noted songstress Amanda Shires, and to his other bandmates. Following “Flying Over Water” and “Decoration Day,” a song from his Truckers days, Isbell discussed his big Grammy night with a wink and a smile. As it turns out, the last time Isbell performed in Dallas was the week following the release of Something More than Free, right when he learned the album had debuted at No. 1 on Billboard‘s rock, country and folk charts. Dallas, he observed, seemed to be a “lucky place” for him — so much so that he joked about just setting up shop there. Judging from the roar of approval from the crowd, the more than 3,000 people in attendance would likely welcome such a move with open arms.

Throughout the night, every song Isbell played — including favorites such as as “Cover Me Up,” “Outfit” and “Traveling Alone” —  just felt extra special. Especially powerful was “24 Frames,” the tune that earned him one of his trophies. Perhaps awards shouldn’t matter so much, and for the most part, they don’t; after all, it’s not like Isbell is some sort of overnight success. He’s been a marquee Americana artist for years, especially after the release of Southeastern, an album many argue is even better than Something More Than Free. But there’s just no denying the fact that Isbell’s new status as “Grammy winner” isn’t significant, and so far he appears to be wearing that shine very well. His show of gratitude and appreciation for his fans and good fortune felt as genuine and heartfelt as his singing and storytelling. Most palpable of all, though, was the sense of pride in the audience for their conquering hero — and with it the confidence that he’s still a long ways from peaking, so long as he keeps on doing, as he puts it so succinctly in “Something More than Free,” “what I’m on this earth to do.”