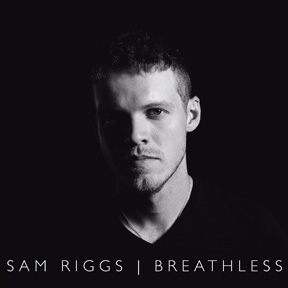 A young artist caught up in an enviable career trajectory after a few years of toughing it out in small venue/opening act territory, Sam Riggs attacks Breathless with an unapologetic big-production gusto that ignores the distinctions between modern mainstream country and his singer-songwriter roots. The result is a widescreen, sonically insistent album with the potential to either draw in open-minded fans of both or turn off folks who don’t think the gap can be bridged. All indications, though, are that it’ll accomplish the former — it’s not a huge departure from his much-loved 2013 breakthrough Outrun the Sun, and, like its predecessor, it’s at its best when it injects familiar formulas with Riggs’ singular lyrical personality.  His writing still holds its own unique bent, even when he’s shaking hands with Top 40 production. Check out his rapid-fire delivery on “Wake the Dead,” barking out a string of images in what could be filed under “country-rap” but sounds more like a manic auctioneer. Or dig high points like the stargazing stoner anthem “Gravity” or the extended bad-relationship metaphor of “Secondhand Smoke” (“I’ve always been in love with things that kill me … the first time that I breathed you in I felt it”), augmented appropriately by smoky steel guitar. Then again, there are numbers like “Burn It Down” and “High On a Country Song,” which are either breakthrough hits waiting to happen or steps too far in the paint-by-numbers bro-country direction, depending on your tastes. Riggs’ in-it-to-win-it forthrightness often gives way to an appealing vulnerability that’s even more suited to his strengths, especially on tail-end tracks like “To Save Something You Love” and the acoustic reprise of “Secondhand Smoke.” It’s a tricky balance, trying to please (or introduce yourself to) the masses while maintaining a distinct voice, but Riggs sticks the landing more often than he loses his footing. — MIKE ETHAN MESSICK

Next post Blind Willie Johnson: The Timeless Sound of Salvation