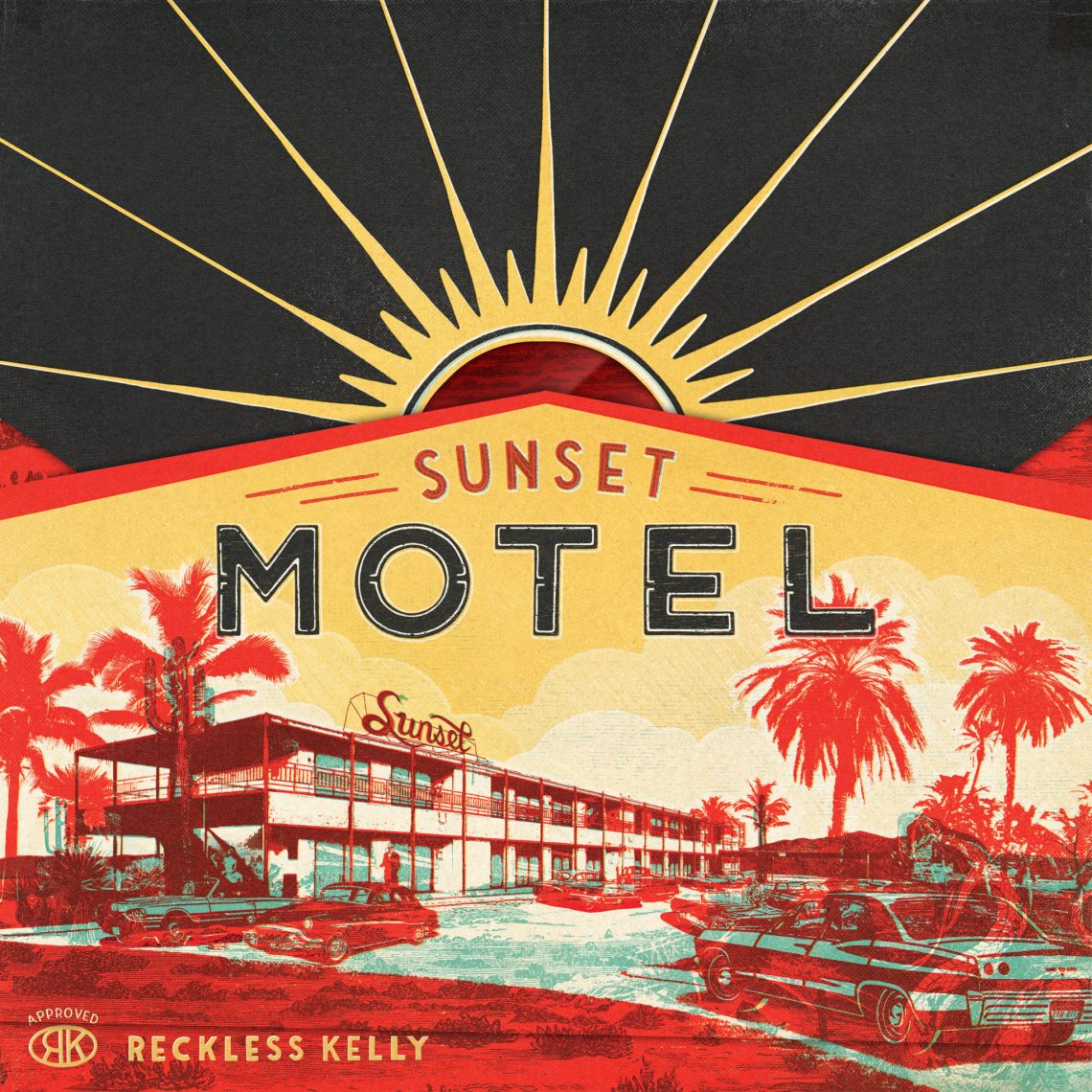 Reckless Kelly doesn’t have much to prove.  Their commitment to the work of making solid, relatable, original roots-rock has borne fruit in at least one good-to-great new album every couple years or so for the last two decades; their fan base includes musical warhorses like Steve Earle and Robert Earl Keen, and their sound is in the DNA of pretty much every other Texas/Red Dirt hotshot headlining venues nowadays.  All of the really good ones, anyhow.

It’s understandable that Reckless would want to keep that productivity ball rolling — it’s arguably harder than ever to make a living in the music business, but fortune favors the workaholics — and it’s downright admirable when they bring the sort of freshness and commitment to it that’s all over the new Sunset Motel.  “We can’t save the whales, we got some bigger fish to fry/Can’t waste no money growing trees with this election to buy,” growls the cleverly confrontational “Volcano,”  taking the world to task for its self-destructive ways.  It’s unlikely to ruffle as many feathers as the angry wounded-soldier broadside “American Blood” from 2007’s Bulletproof, but it’s heartening to see a band unafraid to speak its mind in a scene where playing it safe tends to reap the bigger rewards.  In fact, they’ve got a thing or two to say about that, too, on the barnstorming “Radio,” whose lyrical bite is at least as sharp as its musical bark; it’s not immediately obvious if they’re tackling the mainstream country radio hacks or the regional upstarts that might as well be. “You’re underrated, but dedicated/You tried to practice but you got so bored …”  It draws a little blood, sure, but even if you’ve got no skin in the game, that David Abeyta guitar solo at the end is worth the price of admission.

Topical songs are rarely the main attraction for Reckless Kelly, though.  For all their twangy vocals, rustic Cody Braun mandolins, and outlaw-country background, the band’s enduring weapon remains their grasp of pure pop pleasures: driving beats, buoyant harmonies, and indelible licks for the lovesick kid in all of us. What some Top 40 acts achieve with a hard drive’s worth of drum machines and autotune is available in organic five-piece-band form here, with songs like “Moment in the Sun,” “The Champ,” and “Who’s Gonna Be Your Baby Now” that would still bend the ear and stir the soul even if you didn’t speak a word of English. They also hold their own just fine when they dip into the subtler pleasures of country and acoustic folk, such as on the indelible title track. “We were born under lucky stars,” frontman Willy Braun croons gratefully over a finger-picked acoustic guitar on the closing song, “Under Lucky Stars.” Luck’s good, sure. Talent and hard work are even better, and Reckless Kelly’s combination of the three pays off yet again on this year’s model. — MIKE ETHAN MESSICK