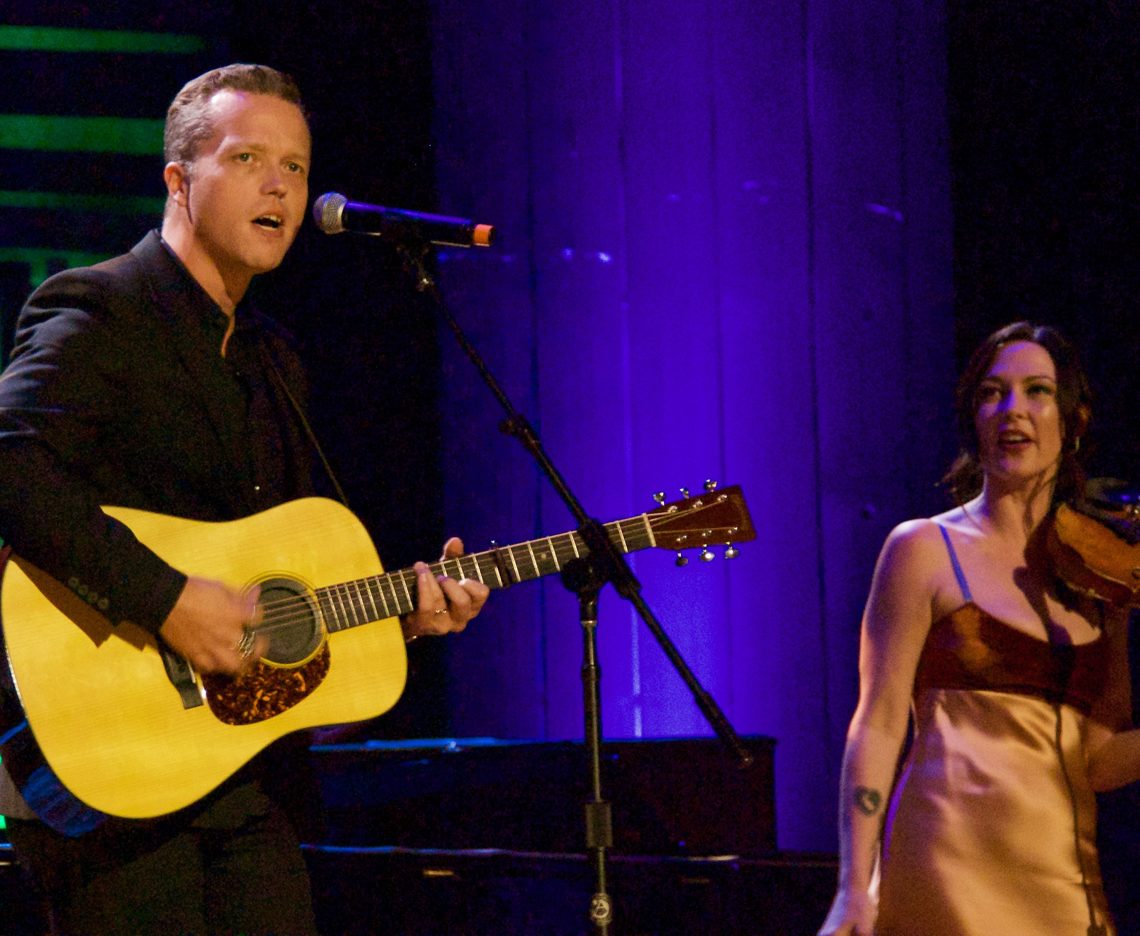 In a night filled with Americana luminaries — and even the Lumineers — the one artist who made history during the 15th annual Americana Honors & Awards, held Wednesday at Nashville’s Ryman Auditorium, wasn’t even there. Singer-songwriter and fiddler Sara Watkins, who started her career with her brother, Sean, in Nickel Creek, became the first female to be named Instrumentalist of the Year. 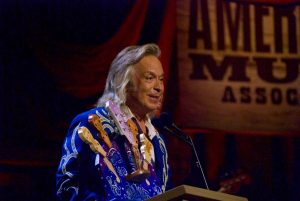 Since the awards were first presented in 2002, only five women have been nominated, including two this year: Watkins and former Austinite Cindy Cashdollar. In yet another example of the torch-passing often referenced throughout the night, five-time winner — and seven-time nominee — Buddy Miller might have finally succeeded in taking himself out of the running. But he remains as the awards house band leader; Wednesday night, that included joining in with Alison Krauss, Stuart Duncan and Melonie Cannon on a show-opening tribute to Ralph Stanley. That was followed by musical odes to other departed stars: Joe Henry saluted Allen Toussaint with “Freedom for the Stallion,” Steve Earle delivered Guy Clark’s “Desperados Waiting for a Train” and Bob Weir sang Merle Haggard’s “Mama Tried.” 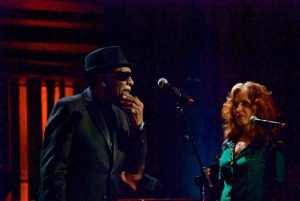 In a night of stellar performances, Oklahoman Parker Millsap, an Album of the Year nominee for The Very Last Day, nearly stopped the show with his moving tune, “Heaven Sent.” The suddenly pindrop-quiet audience erupted in a standing ovation when he finished the plaintive tale of a son coming out to his unaccepting preacher father. Duo/Group of the Year nominees the Milk Carton Kids earned the same attention and applause for the gorgeous “Memphis,” on which they were accompanied by Aoife O’Donovan and Wimberley native Sarah Jarosz. But the night ramped up when Lifetime Achievement Award: Songwriting winner William Bell and Bonnie Raitt duetted on “The Three of Me,” from Bell’s new album, This is Where I Live.

Album of the Year ultimately went to Jason Isbell for Something More Than Free; it was presented by John Prine, who announced, to great applause, “I don’t personally believe we should be reduced to downloading singles.”

Isbell also won Song of the Year for “24 Frames.” Noting his wife, Amanda Shires, helps edit his work, he said, “If you can, keep people around you who will tell you when you’ve done something awful, whether it’s in a song or in your personal life. And listen to them if at all possible.” 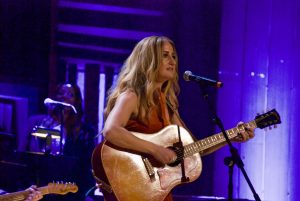 Though Margo Price didn’t win for Song of the Year (“Hands of Time”), she did take home the Emerging Artist of the Year Award. Her thank-you list included in-laws, outlaws and “some of the people who passed on my record who may be out there.” Earlier that day, she was the subject of an NPR interview and performance with music commentator Ann Powers, who introduced Price’s performance at the awards and glowed like a proud mama when speaking about Price’s rise afterward.

Old friends Emmylou Harris and Rodney Crowell received Duo/Group of the Year honors, repeating their 2013 win. That year, they also won Album of the Year for Old Yellow Moon.

It’s amazing what Americana has become, Harris said, adding, “They didn’t know what to call us. We were kinda field hippies. Now we’re Americana.” 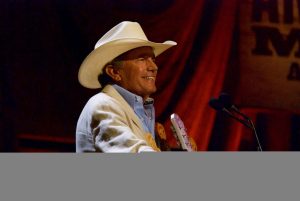 Beloved awards emcee Jim Lauderdale, who’s held the job for 14 of the ceremony’s 15 years, received the Lifetime Achievement Award: Wagonmaster from George Strait. The award has been given only once before, to namesake Porter Wagoner; it’s an honor reserved only for those whose contributions to Americana are considered particularly valuable. Lauderdale has recorded over 30 albums, covering bluegrass, blues, gospel, and many other idioms, and has worked with artists from Ralph Stanley to Elvis Costello to Donna the Buffalo. He’s also the host of Music City Roots and shares a satellite radio show with Buddy Miller. As Strait, who has recorded more than a dozen Lauderdale songs, also noted, he’s a fine songwriter. An emotional Lauderdale thanked Strait for allowing him to make a living. Together, they performed “The King of Broken Hearts,” Lauderdale’s tribute to George Jones and Gram Parsons, whom he mentioned, nearly teary-eyed, as “a guy I wish so much I could have met.”

British protest singer and Woody Guthrie disciple Billy Bragg received the Spirit of Americana Free Speech Award, given to someone who exhibits bravery in speaking truth to power. Bragg, known for his labor activism, mentioned that America was founded on the principle, “e pluribus unum,” which translates to “out of many, one.”

“If I may say something that needs to be said, America is never greater than when it strives to live up to that high ideal,” he said. He also presented the posthumous President’s Award to Guthrie; it was accepted, at his daughter Nora Guthrie’s request, by Lucinda Williams. Shawn Colvin received the Trailblazer Award from Bonnie Raitt, who called Colvin “badass.” Colvin said she never dreamed she might one day accept an award from one of her biggest influences, adding it was proof of what can happen “if you follow your dreams … and don’t give up.”

Bob Weir earned the Lifetime Achievement Award for Performance, presented by sometime Grateful Dead keyboardist Bruce Hornsby. He said being able to spend his life making music he loves and being honored for it “means a lot to me.”

The show ended with the Nitty Gritty Dirt Band leading an all-star rendition of “Will the Circle Be Unbroken,” the title song from an album they released in 1971, helping to kickstart the art form decades before it had its own identity. Now it’s not just an identity, but a legacy. Isbell called himself a second- or third-generation Americana artist, and young peers like the Milk Carton Kids, so well-influenced by those who came before, stand ready to take up emcee duties if Lauderdale ever passes that torch.

Americana itself has finally made its way around the world, carried, like the Olympic torch, one song and one singer at a time, in the great troubadour tradition of Guthrie and every musician who rambles from town to town.

All together now: “Will the Circle Be Unbroken” brought everyone back out for the grand finale. (Photo by Lynne Margolis)