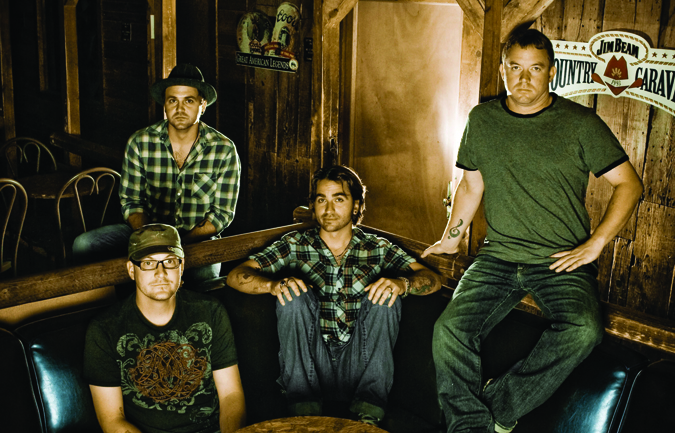 On May 18, it was announced that Red Dirt rockers Cross Canadian Ragweed would be taking a “break from life on the road.” According to a band press release, the decision was sparked by drummer Randy Ragsdale’s wish to devote more time with his wife and children. “For many years my band has been my top priority,” Ragsdale said in a statement, adding that being in a touring band requires a 100% commitment. “Right now, I need to be at home for my family, particularly my son JC, who has autism.

“I would understand and support the band’s decision to get another drummer and press on,” Ragsdale continued, “but that’s not what they wanted to do. I was blown away by their decision and their support.”

Added frontman/lead guitarist Cody Canada, “We’ve always said from the start, we’re Ragweed as the four of us, or not Ragweed at all.”

Canada, Ragsdale, rhythm guitarist Grady Cross and bassist Jeremy Plato have all known each other since their teens growing up in Yukon, Okla., where Ragsdale and Cross later settled down with their respective families; Canada and Plato now live in New Braunfels. Despite the distance between the two halves between projects and roadwork, the band has always maintained a vigorous schedule that helped earn them their status as arguably the biggest draw on the entire Texas/Red Dirt scene since the regional heyday of Pat Green. Since forming 15 years ago, the band has averaged well over 200 dates a year and released 10 albums, including last year’s Happiness and All the Other Things. They signed to major label Universal South in time for 2003’s Cross Canadian Ragweed (aka “the Purple Album”), but have been quite vocal in interviews over the past year about their eagerness to finish out their contract and move on, going so far as to say their next studio album would be a collection of covers by other Oklahoma writers titled Contractual Obligations.

According to an update posted on the band’s website, most of the previously scheduled tour dates through October are still on, including a four-day Armed Forces Entertainment Tour of Japan, a June 13 performance at the massive Bonnaroo festival in Manchester, Tenn., and a handful of Texas festival dates. The last show for now looks to be Oct. 24 at Joe’s in Chicago. For what it’s worth, though, Cross seems confident that fans haven’t seen or heard the last from those Boys from Oklahoma.

“These guys, they’re my brothers,” the guitarist said in the statement. “I’m sure we’ll be back on the road soon.”