Keen, Green & Bingham to fly like Eagles at ACL Fest 2010 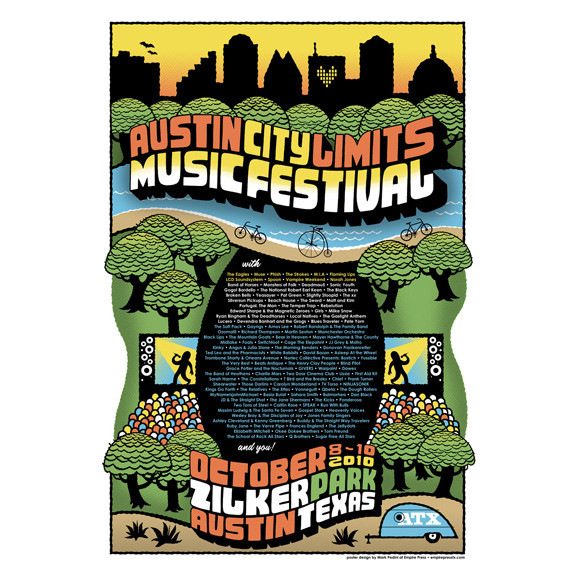 The Eagles, Phish and Muse may be the “big three” headliners, but this year’s Austin City Limits Music Festival (scheduled for Oct. 8-11) will also feature a generous helping of Texas-reared songwriters and roots acts. Robert Earl Keen, Pat Green and recent Oscar-winner Ryan Bingham — all veterans of both the festival and the long-running Austin City Limits TV program — will be returning to Austin’s Zilker Park this fall as part of an eclectic lineup that also includes (among many others) M.I.A., the Strokes, the Flaming Lips and Richard Thompson.

Bingham and his band, the Dead Horses, are scheduled to play on day one (aka Phish Friday), with Green following on Muse Saturday and Keen on Eagles Sunday. The Band of Heathens, Two Tons of Steel, Carolyn Wonderland and teen fiddle prodigy Ruby Jane Smith will also make appearances, along with ACL Fest mainstays Asleep at the Wheel. Other acts with Texas ties include Spoon, Norah Jones, the Sword, Devendra Banhart and the Grogs, Midlake, Balmorhea, T. Bird and the Breaks, SPEAK, and powerhouse gospel outfit the Jones Family Singers.

Three-day passes for the festival are long gone, but $85 single-day tickets are available now at www.aclfestival.com.