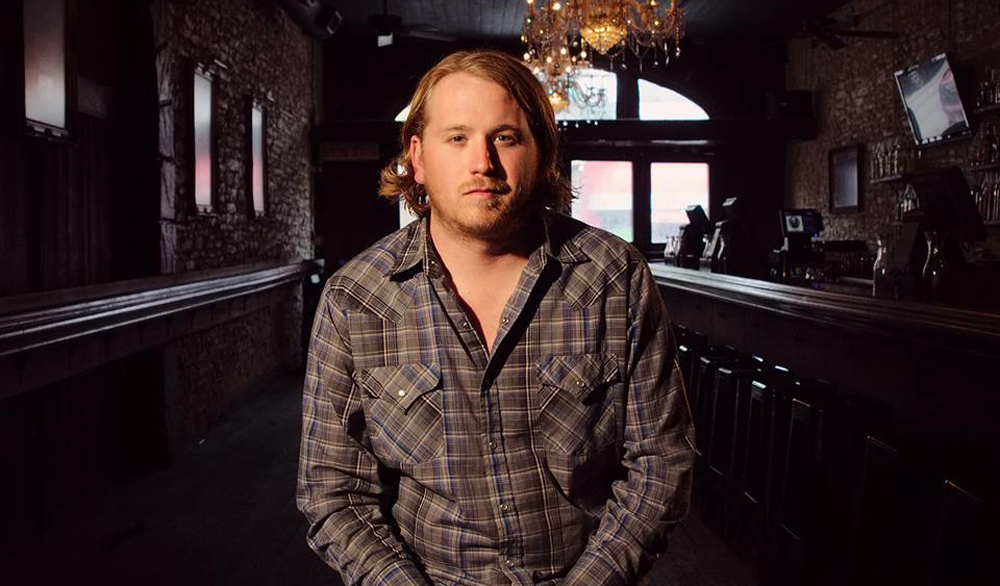 With the release of his fourth album, Ringling Road — Lone Star Music’s fourth best-selling album of 2015 — Texas songwriter William Clark Green at long last shed himself of both the cumbersome “rising up-and-comer” and “the other Green” tags. The critically — and more importantly, fan — acclaimed album firmly established him as part of the top shelf standard, leaving just one thing left undone to make it official: a proper celebratory (and hard-earned) live record.

Consider it a done deal. When it was announced late last year that Green would be recording his first live album at the iconic Gruene Hall, it was just a matter of weeks before the two-night stand (Jan. 29-30, with Red Shahan and John David Kent splitting the respective opening act slots) was sold out. Fans who couldn’t make it — along with those who did and can’t wait to hear their cheers on record — can look for Green’s Live at Gruene Hall album later this year (it’s tentatively set for a spring release.)

After giving him a couple of days to unwind from the recording, we got Ringmaster Green on the phone to get his report on how it all went down — and find what he’ll be up to next. Despite catching him right before he was set to take yet another stage (this time at Denim & Diamonds in Wichita Falls), he sounded remarkably relaxed — or at least relieved. “I’ve got about 200 emails I haven’t even looked at,” the singer admits with a laugh. “It’s been a much easier week this week. It’s been kind of been a chill out for us.”

This last weekend, you played and recorded two nights at Gruene Hall. What made this the right time to record a live album? 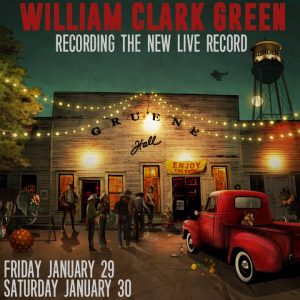 To be real honest, I made a deal with myself a long time ago when I first started. I wanted to release five records before I was 30. This past summer, I was like, “Shit, I’m 29, I have four records, and there’s no way I’m going to get a full studio record done in time!” [Laughs]. It was something I had really wanted to do. We were ready to do a live record and then our drummer quit. It takes about 400 shows to get a really tight band. We lost our drummer, but our new one, Sawyer McGee, he really killed it. I’ve been really impressed by him. Ryan Garza had been with us for about a year-and-a-half. He fit so well. Played on the record. We felt like we were ready. He then decided to move to L.A. We already had the dates at Gruene, so I thought, “Well, I guess we don’t have to release it if it sucks.” I still haven’t listened to anything — but it seems like it was great.

What made you decide that Gruene Hall was the place to do it?

We’re going to do multiple live records. This is one of many I hope. Two of my favorite records — they’re in my 15 or so — are Jerry Jeff Walker’s Live at Gruene Hall and Jack Ingram’s Live at Gruene Hall. The first time we played at Gruene and sold out, that was a very big accomplishment. The history of the place speaks for itself. They don’t just let anybody record in there, either. We had to fight for it. Getting two nights, it was a blessing.

Were you wanting to capture what the common William Clark Green show has been the last couple of years with this, or did you want to approach it more as a summary of the first four albums?

We added two songs to the setlist. We added “Final This Time” because Dani Flowers flew in, and “Gypsy.” That song, I’ve always felt that, even though I was real young at the time of recording it, I thought it was a really well written song. It’s one I was really proud of. Other than that though, we kept everything the exact same. We worked hard at some intros, but we wanted to showcase what we do. We didn’t want it to be enhanced by a long list of special guests. Jack Ingram closed out the night, which was really cool, but we didn’t want it to be something we couldn’t do every night. We didn’t hire a keys player or some back-up vocalists or any of that stuff. We really wanted it to be a band deal.

Other than “Gypsy,” was there any talk about going back and adding the deep cuts of Dangerous Man and Misunderstood to the setlists?

We definitely did talk about it, but since we want to do multiple live records, we felt like that’d be a great idea for another one down the line. We decided that showcasing us right now was the right move. We didn’t want to do anything different.

You were wanting to capture what a 2015-2016 version of William Clark Green recorded.

Right. Hopefully with our next live record, that’s when we do a bunch of stuff like “Drowning,” get Charlie Shafter to come do “Drunk on Desire” with us, that kind of thing. One of my other favorite live records is Reckless Kelly’s Acoustic: Live at Stubb’s. I love that it’s stripped down. I want to do something like that too. But for this one, we needed it to be energetic and really upbeat.

You’ve now mentioned three live albums. How much did you guys listen to other live recordings to prepare for your own? Was there anything that you picked up that you liked from other live albums?

I honestly listened to Jerry Jeff Walker’s Live at Gruene Hall a lot because I had read Chris Oglesby’s book (Fire in the Water, Earth in the Air: Legends of West Texas Music) on Lubbock music on the way to Ireland. The interview with Lloyd Maines, he says that they rehearsed like once before the show. When we were listening to it, we were talking about how there was no way that they didn’t overdub it. We’d be going on about if we messed up, would we go back and overdub it or have it as a real genuine live record. After hearing it and reading that they didn’t do any of that, it kind of eased things. We prepared seven years for this. We’re ready. I did take some things that Jerry Jeff Walker said, too. After the first song, he says, “Alright that’s one down.” So I copied him. I thought it’d be cool. [Laughs]

2015 was a really big for you. Specifically, the song “Ringling Road” became an outside-the-box hit. It didn’t check off any of the marks on being your typical hit song. How surprised were you by well that one took off?

The fans reaction has just been incredible. First time I realized it was going to be a good song for us was when we were in Stephenville and everybody started doing the la-la-dada-dadas at the end. It was eye opening. We didn’t think anybody was going to like the song. We personally loved it — it was a song for us, really. It’s ended up being our biggest song, which is kind of crazy. I remember radio stations saying that they loved the song, but that they probably wouldn’t play it. And now, they’re on board because of the fans’ reaction. The only reason we released it as a single was because people gravitated towards it.

What are the big things on your agenda this year?

Right now, I’m writing for the next record. We’ve done a Texas town each time and I don’t have any clue what we’re going to do yet. I’m just writing songs right now. I’ve got three songs that are keepers, but nothing thematic just quite yet. I haven’t had that inspiration yet. Not bragging on myself, but Rose Queen was a tough record to beat for us. It was the thing we’d done. Going into Ringling Road, there was a lot of pressure to at least stand up to that. I feel like we did. The goal is to always do that again. I think the biggest fear for songwriters and bands — it’s kind of weird that it’s a fear — is hearing from fans “Your new record is good, but the one before is my favorite.” It’s a big compliment because at least there is one that’s their favorite, but at the same time, you’re always thinking your latest work is better.