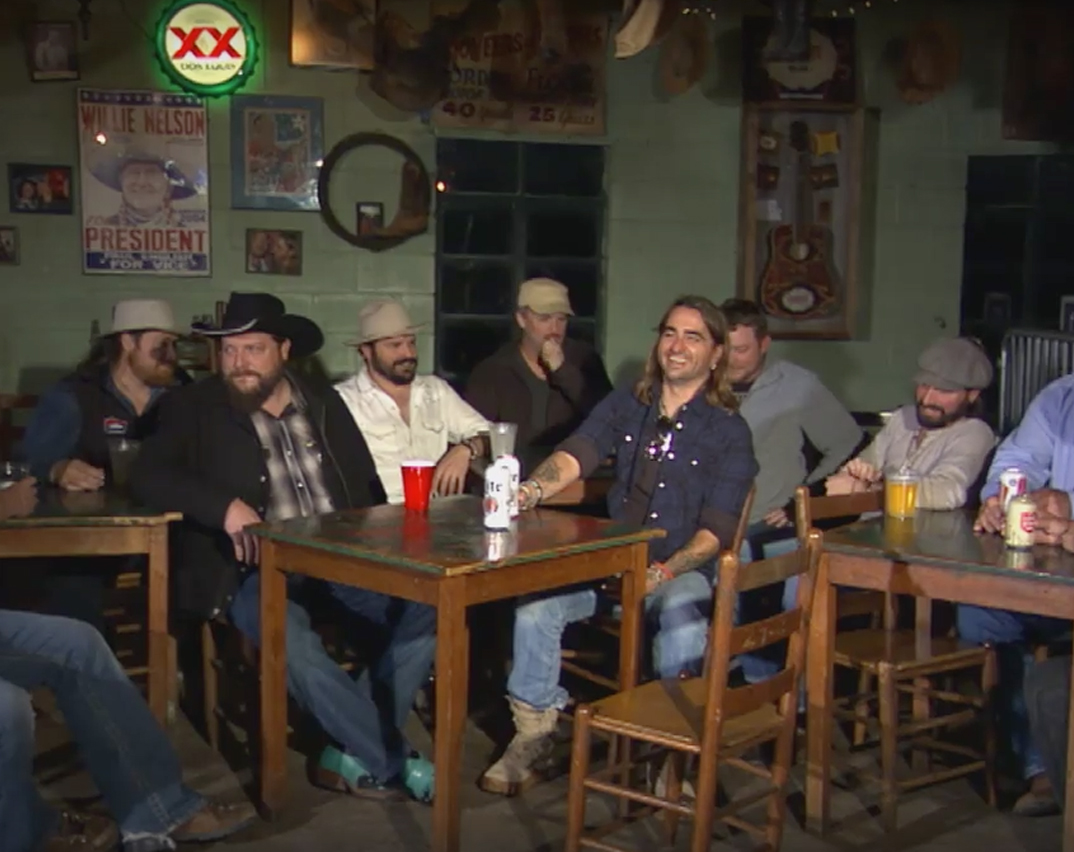 Usually, the opportunity to see and hear all four Braun brothers (Willy and Cody from Reckless Kelly, Micky and Gary from Micky and the Motorcars) and their father, Muzzie, singing together in one place requires a trip up to Challis, Idaho for the annual Braun Brothers Reunion Festival in August. But thanks to the new video for Cody Canada and the Departed’s “All Nighter,” you can now catch them all anytime your heart desires … provided you’ve got a decent wifi or cell signal.

“All Nighter,” the newly released single from Cody Canada and the Departed’s early 2015 album HippieLovePunk, was written by Canada as a tribute to Mark “Gus” McCoy, the former bass player for Micky and the Motorcars who drowned in a rafting accident near Stanley, Idaho on April 12, 2012. “When Gus passed away, I felt as if I needed to write something for him,” recalls Canada. “I felt so bad about that situation.” All four Braun brothers, childhood friends of McCoy, sang on the track, as did family patriarch Muzzie (whom Willy, Cody, Micky and Gary all grew up playing with as Muzzie Braun and the Boys.) So it really just wouldn’t have felt right to film a video for the song without getting the gang all back together again. The video, directed by Tony Gates, features Canada, the Braun Bunch, the Departed’s Jeremey Plato, and a host of other close family and friends sharing a meal, laughs, fond memories and a good old fashioned acoustic jam session together at the historic Floore’s Country Store in Helotes, Texas.