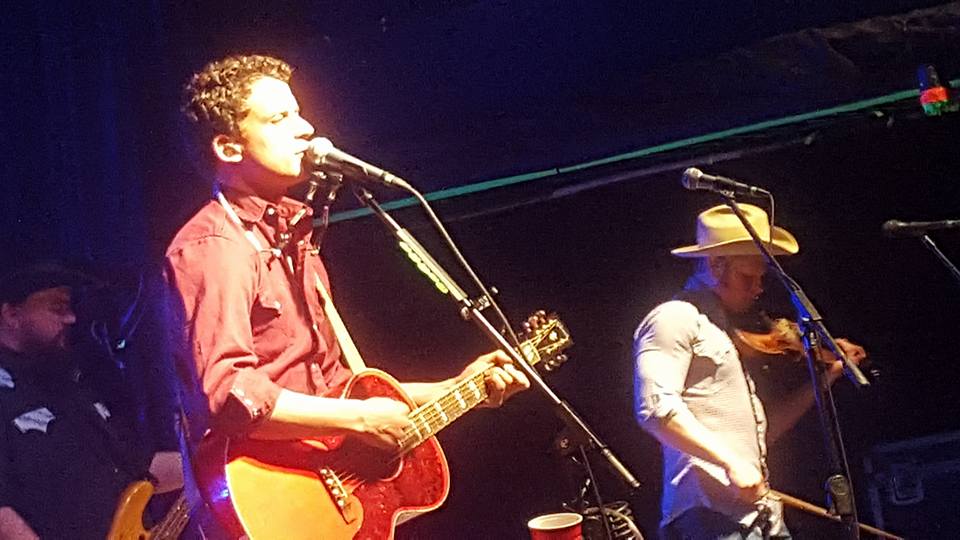 Oklahoma’s Turnpike Troubadours put on a lengthy, authoritative performance of roots rock in front of a sold-out audience, Saturday night at Fort Worth’s legendary Billy Bob’s Texas. “Look at all these people,” said singer Evan Felker, obviously surprised by the packed contingent. “This is the first time we’ve sold this place out.”

Oftentimes erroneously labeled “Red Dirt country,” the Troubadours mine a much more fertile (and less clichéd) alt-country and classic country-rock influence. Felker channeled everyone from Woody Guthrie to Waylon Jennings to Bruce Springsteen as the rest of the Troubadours kept it tight and exuberant all evening long.

Although the show didn’t even get started until 11 p.m. — an hour after the opening act had finished — the Troubadours didn’t take the stage acting like they owed anyone anything, and the fans’ response echoed this air of confidence. Beginning with “Blue Star,” from 2012’s Goodbye Normal Street, and transitioning into a blistering version of the Old 97’s’ “Doreen” (from last year’s Turnpike Troubadours), the band locked into the crowd’s enthusiasm right from the start and rewarded them for their patience.

What is refreshing about Turnpike Troubadours is the band’s total lack of pretention. These are five working-class country guys who aren’t ashamed of their diverse record collections or their humble, backwoods upbringing. Songs such as “Good Lord Lorrie,” “The Funeral” and “Every Girl” ring true like the work of Tom Petty and Ryan Adams, two obvious influences. Indeed, the depth of these songs runs much more profound than those of many, if not most, of their peers on the modern Texas/Red Dirt music scene.

They do their covers proud, too. In the Troubadours’ capable hands, “Doreen” is more than just an excuse to incorporate a bluegrass influence; it’s a joyful expression of obsession and desire that just happens to be caged in a specific genre. The fact that the normally clueless masses are catching on to a band this savvy bodes well for the future of both country and rock. Minus stage effects or dancers or any other idiotic and unnecessary accoutrements, Felker and the rest of these Troubadours are just fine not looking like anything other than regular Joes — even though their music is anything but run of the mill. 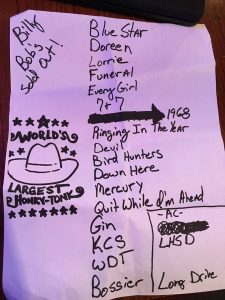 Case in point is the gorgeous, almost ballad “7 & 7.” While many a lesser act on the circuit would probably turn this reference into the predictable alcohol-fueled inanity, the Troubadours make the song a potent, understandable statement on relationships or lack thereof. The same goes for “Ringing in the Year,” a song not about celebrating anything except taking it on the chin. When Felker sang out, “We shook that shit off of our shoes a hundred thousand times,” many in the crowd nodded in obvious understanding of the song’s temper and mood.

After two hours of honest, working people’s country and rock, Turnpike Troubadours exited Billy Bob’s large stage to the emphatic praise of a well-inebriated throng. It was a stirring performance by an unassuming collection of men, guys who clearly understand that music is capable of transcendence without all the bells and whistles. This is simple — but far from simplistic — music for complicated, troubled times, made by a band clearly unwilling to settle for what all too often passes for just good enough.