Q&A: Lydia Loveless The Bloodshot buzz magnet on busting free of genre limitations and getting “Real” 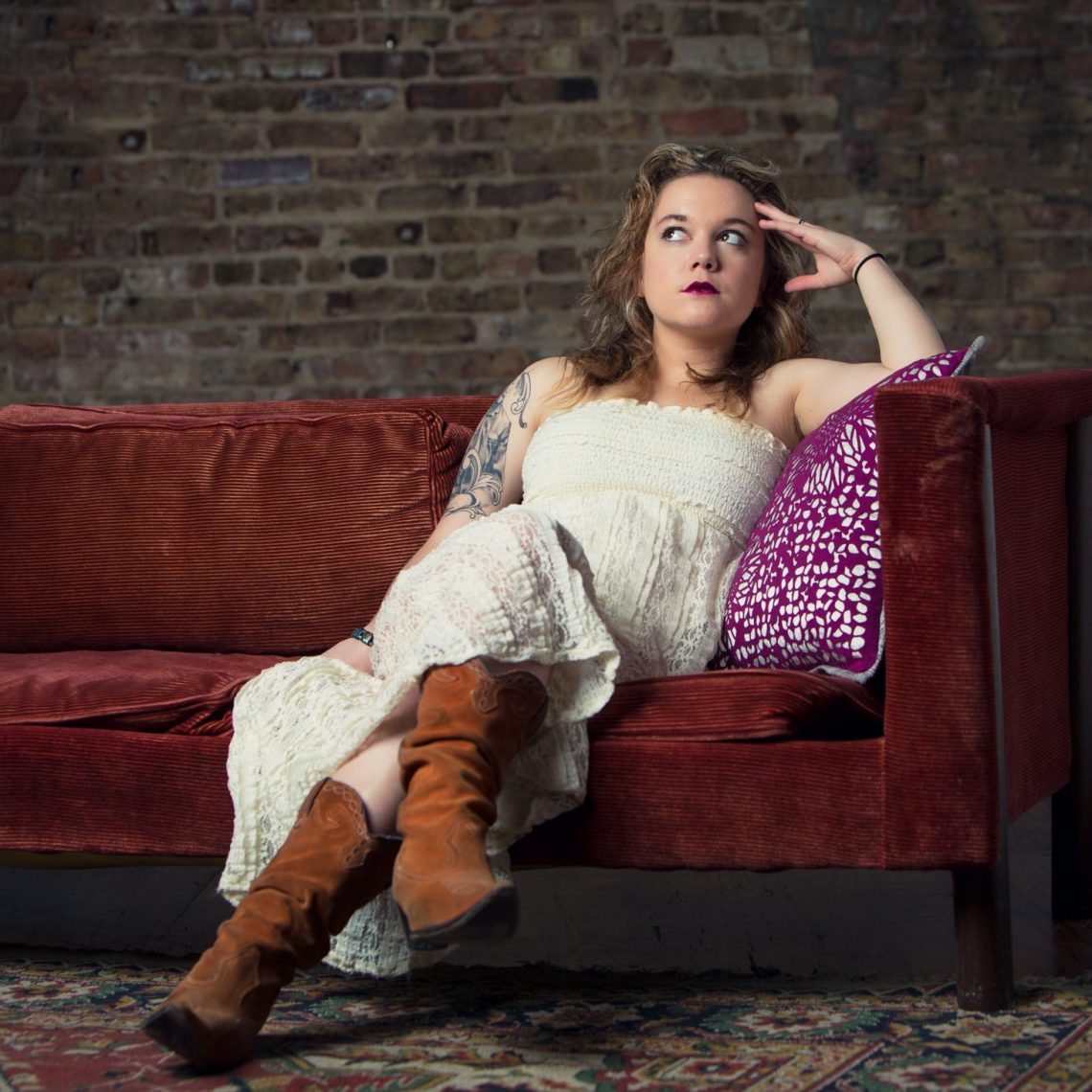 Lydia Loveless comes into her own on her current album Real, bringing added sonic diversity to her fiery garage-honky-tonk tunes and new emotional depth to her lived-in, brutally honest character studies. The world seems to be taking notice, rewarding the fiery-voiced artist with a level of attention that’s unusual for an indie release.

Born Lydia Ankrom in rural Ohio in 1990, Loveless grew up on her family’s farm, absorbing classic punk and country sounds and feeling like an outcast in her conservative hometown. She began making music in her early teens, playing bass alongside her father and two sisters in the pop band Carson Drew. Loveless was 15 when she made her solo debut with 2010’s The Only Man. That album was slickly produced and sparsely distributed, but the quality of the artist’s songwriting helped to win her a deal with Chicago’s seminal alt-country indie Bloodshot Records, which released the edgier Indestructible Machine and Somewhere Else in 2011 and 2014, respectively. The recent (Aug. 19) release of Real coincides with filmmaker Gorman Bechard’s documentary Who Is Lydia Loveless, which chronicles her life on the road and in the studio.

Real seems to be getting quite a bit of mainstream media attention.

It’s definitely been interesting. We’re not on tour yet, so it’s hard to really see what kind of effect it’s had. But it’s weird to do an interview with Fader and see it surrounded by all these producers and rappers. Being on television was insane, and seeing a shift to younger females listening to us has been sort of eye-opening. I really like that some people are bringing their high-school age daughters to the show.

That’s cool, since alt-country tends to be kind of a guy-dominated genre.

There are some people who think it’s inappropriate for young women, but this is the stuff that young women are writing about in their journals.

I can see the appeal. You do tend to write about some fairly complex emotional issues.

I think that’s my personality. I tend to see all sides of everything. I’m the kind of person that people tell things to, so I have a lot of people’s fucked-up situations in my head all day and I need to get them out. A lot of the stuff in the songs is me, a lot of it is people I know. I don’t have a lot of made-up characters in my songs, but maybe I’m doing that a little more now. “European” is mostly about a made-up character. But I feel like there’s so much crazy shit going on in the world, especially in people’s personal relationships, that I don’t really have to make anything up.

You’ve said that you felt more motivated to in making Real than you had been with your previous albums.

I think a lot of it was my response to road exhaustion. I couldn’t wait to just be in one room and working on a project, as opposed to all the insanity that goes into being on the road. I also felt good about this batch of songs, and wanting to work heavily on them. With Somewhere Else, it was more like “Well, it’s time to make another record.” I love that record and loved making it, but at the time, I had just gotten signed with Bloodshot for Indestructible Machine, and Somewhere Else was the record that I felt like I had to make because it was my job. Whereas Real is a record I had to make because of the songs.

You’ve said that you trust yourself more now.

Yeah. I’m not afraid to stand up and say “I have an idea.” If it sucks, whatever, at least I tried. In the past I was always terrified of messing something up. I feel a lot more comfortable in the studio now, and more comfortable doing what actually serves the song.

Your earlier releases fit pretty comfortably into the alt-country category, but Real doesn’t seem to be trying to be country, or trying to fit into any particular genre.

This record wasn’t trying to be anything, and I think that’s why it works so well. I guess what I’m hoping to accomplish is to shove aside some of the preconceived notions that super-hardcore genre people have, and open it up to people who just want to hear music. It’s not about wanting a bigger audience or pleasing more people, it’s more about wishing that everyone would be open to a broad range of music, because I am. I got kind of tired of people saying “Hey, wow, you’re a punk rocker playing country.” There’s so much more to it than that, and there’s so much other music in between those two genres.

What was it like being the subject of a documentary film so early in your career?

It was pretty horrible, but I mean that in the kindest way possible. Everyone making the film was great, but the first time I saw it, I just cried all night: “Oh God, I can’t believe people are gonna see this movie and see what an asshole I am.” I was also going through a weird and transitional time, that’s probably why it affected me so much. But I think it was really helpful to go through that process and kind of learn how to carry myself and become less apologetic. So it was helpful in that sense.

The plan now is to just get out and wear ourselves out on tour, and then make the next one and do it all over again. Sometimes I think it’s so narcissistic to want to make records, but I love doing it. I had a moment of terror recently when I got hit in the throat by an airbag and thought I’d permanently damaged my voice. I don’t know what I’d do if that had happened. I’d probably jump off a bridge if I couldn’t sing anymore, because I have no other skills.