Q&A: Jeremy Plato of the Departed With the new country covers album “In Retrospect,” the Red Dirt bassist steps into the frontman spotlight 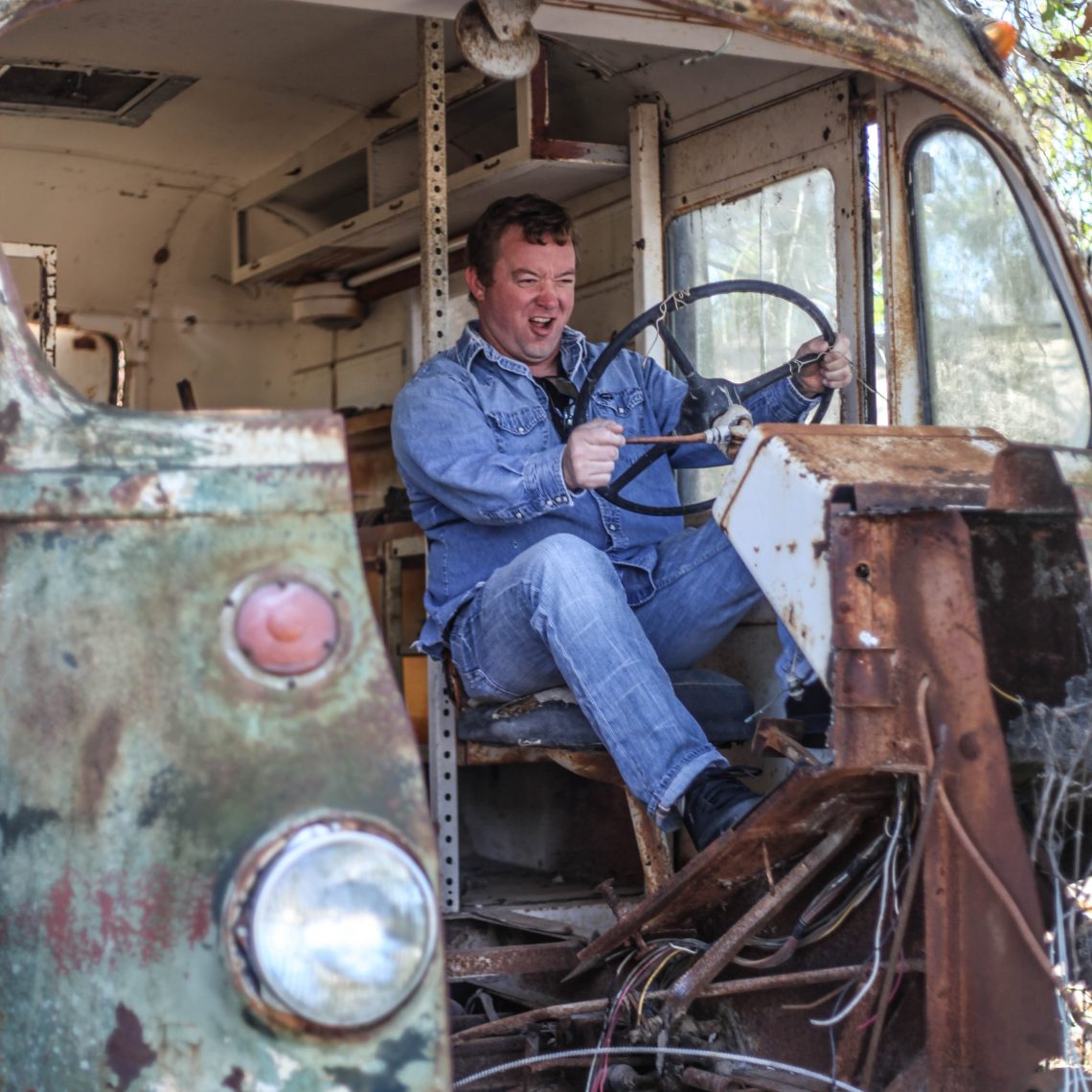 Jeremy Plato takes the wheel on the Departed's new album, "In Retrospect." (Photo courtesy Cody Canada and the Departed)

Cody Canada and the Departed have been through quite a few changes since their debut just five years ago. They introduced themselves via 2011’s Okie-centric This Is Indian Land, an all-covers album honoring a host of Red Dirt songwriting legends, many of whom frontman and guitarist Canada and bassist Jeremy Plato came to know first hand during their salad days with their previous outfit, Cross Canadian Ragweed. But it was with the following year’s Adventūs that the band fully came into its own, with Canada sharing frontman (and lead guitar) duties with Texan Seth James, whose soulful vibe and Texas roadhouse blues chops were prominently featured as key elements of the group’s dynamic sound — so much so, in fact, that the band’s name was officially truncated to just the Departed. But James left the band in 2013, and by 2014’s HippieLovePunk, they were officially Cody Canada and the Departed again, with Canada resuming sole frontman status. 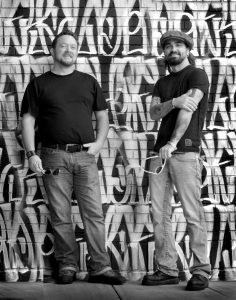 With Canada and Plato now the only two original members still in the group (drummer Erik Hansen and keyboard player/rhythm guitarist Ross Smith having both joined after HippieLovePunk), its no surprise that the band’s live sets of late have begun to feature an abundance of fan-favorite Ragweed garage bangers like “51 Pieces” and “Dimebag,” which fit right in next to latter-day Departed rockers like “Inbetweener.” But if you think they’re done changing things up, guess again — or just take a spin through their latest release, In Retrospect. Not only does it find the band taking a break from straight-up rocking to revisit their equally important country roots, but it features Plato singing all of the lead vocals. Hence the different name on the album cover: Jeremy Plato and the Departed.

Of course, it’s not as though this is Plato’s first time at the mic: Fans have long known he’s more than just all about that bass. Many of the greatest cuts from the Ragweed/Departed canon have featured Plato’s harmonies prominently, and he’s even sung lead a few times, with Ragweed favorites such as “Soul Agent” and the folk-rocking “Hobo,” from the Departed’s Adventūs, offering him some rightful spotlight attention onstage. But In Retrospect — which, like This Is Indian Land is comprised entirely of covers — marks the first time he’s played the frontman for the length of an entire album, and he handles the role with aplomb from beginning to end. Ditto the whole band’s command of the genre; with songs taken primarily from the ’60s and given faithful treatments, there’s little arguing this record is as hardcore country as anything released by anyone else this year. Iconic artists such as Buck Owens, Merle Haggard and Johnny Paycheck are given their proper due, as well as some other greats — like Charlie Walker and Leroy Van Dyke — that won’t be as immediately recognizable to today’s average country fan. A safe, predictable set of Willie and Waylon standards this most definitely ain’t, because safe and predictable have never been in this band’s wheelhouse. 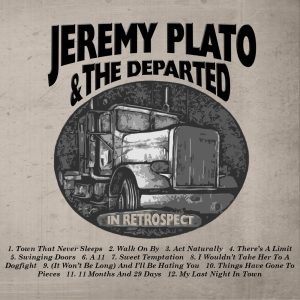 As for what comes next, well … rest assured there’ll be plenty more rocking to come from Cody Canada and the Departed soon enough. But for now, for one record at least, they’re all about sawdust, neon lights, cheap beer and bitter tears — and Plato’s the big man at the wheel. We caught up with him while he was enjoying some holiday time in his native Oklahoma to discuss how this unusual project came about, why classic country pairs so nicely with beer, and the line connecting Merle Travis, Joe Strummer and Slayer.

So what inspired In Retrospect?

I’ve always wanted to make a record with older country classics. These are songs that make me want to belly-up to the bar and order a beer. These kinds of songs have always done that to me. We’ve kicked the idea of recording an album like this around for years, and one day, Shannon [Canada, Cody’s wife and band manager] said, “Why don’t you guys just cut an entire record of that stuff?”

What is it about classic country that makes it so conducive to beer drinking?

A lot of this music, back when it was first popular, was all that you would hear in beer joints. And back then, no one talked about how drinking might be bad for you or dangerous. These songs don’t glorify drinking necessarily, but it damn sure embraces it. I’m from western Oklahoma, and way back when, all there was to do around there was to feed the cows and drink beer.

And how did you select the songs?

I knew a few I wanted to do before we started, and I have a good vinyl collection of old country music that I hunted through. Many of the songs we picked were songs that didn’t get played on radio that much when they were first made, but we wanted to give them a try now.

There is a good balance of classic hits and lesser-known cuts. Was that type of mix intentional?

Yes it was. We wanted the selection to be a mix of songs everyone has heard and knows really well and more obscure songs that weren’t big hits. There’s so much good stuff from the older era of country music, so we wanted to have a variety.

In concert lately the Departed has been relying on the more rocking Departed songs and more Cross Canadian Ragweed tracks, so this kind of album is a departure in style. It’s got to be nice to have that freedom, right?

Oh, it is, and to me, that’s the whole idea. We want to have fun and make our own decisions about how we do what we do. And as musicians, we should always try and explore different kinds of music to play so we broaden our palette and add to what we do. That makes our live show have something for everyone.

Will any of these songs consistently be featured on Departed set lists?

So far, it’s only been “A 11,” which is a really old honky-tonk staple, and also “11 Months and 29 days,” which is more of a blues song that we can jam out on for a bit. We may add a few more here and there, but a lot of these songs are hard to pull off without fiddle and steel guitar, which kind of drive many of these songs home. We may work out some shows where we can add some of those elements, but I don’t know how far we’ll get with that.

“The Town that Never Sleeps” has some serious background vocals and seems like it was a fun one to record.

I really love that song, which is one I grew to love thanks to my Grandma, who would quote old songs like that in everyday conversation. I remember telling her when I was going to New York City for the first time years ago, she said, “Ah, the town that never sleeps!” And yeah, the backing vocals were fun and they’re the kind of thing you don’t really hear anymore. From the time I was in fifth grade until I graduated high school, I was in choir and I learned how to sing harmony at an early age, so that song gave me an opportunity to showcase that. Not that I was trying to show off, but I wanted to prove to myself that I’ve still got that in me.

Your vocal delivery kind of varies from song to song on the album. Not that you’re trying to mimic the original singers, but was that your attempt to try to honor them?

I’ve always had a knack for impersonations, so anytime I hear a John Anderson song, I gotta try and sing like him, you know? But for this record, I wasn’t trying to impersonate the singers as much as I wanted to stay in the same vein as they were in. I used some old vocal tricks like over-enunciating words so I could retain some of the original style of that song.

You’re also a serious metal fan. Many of the darker, sad themes in old-school country can be found in metal, cant they?