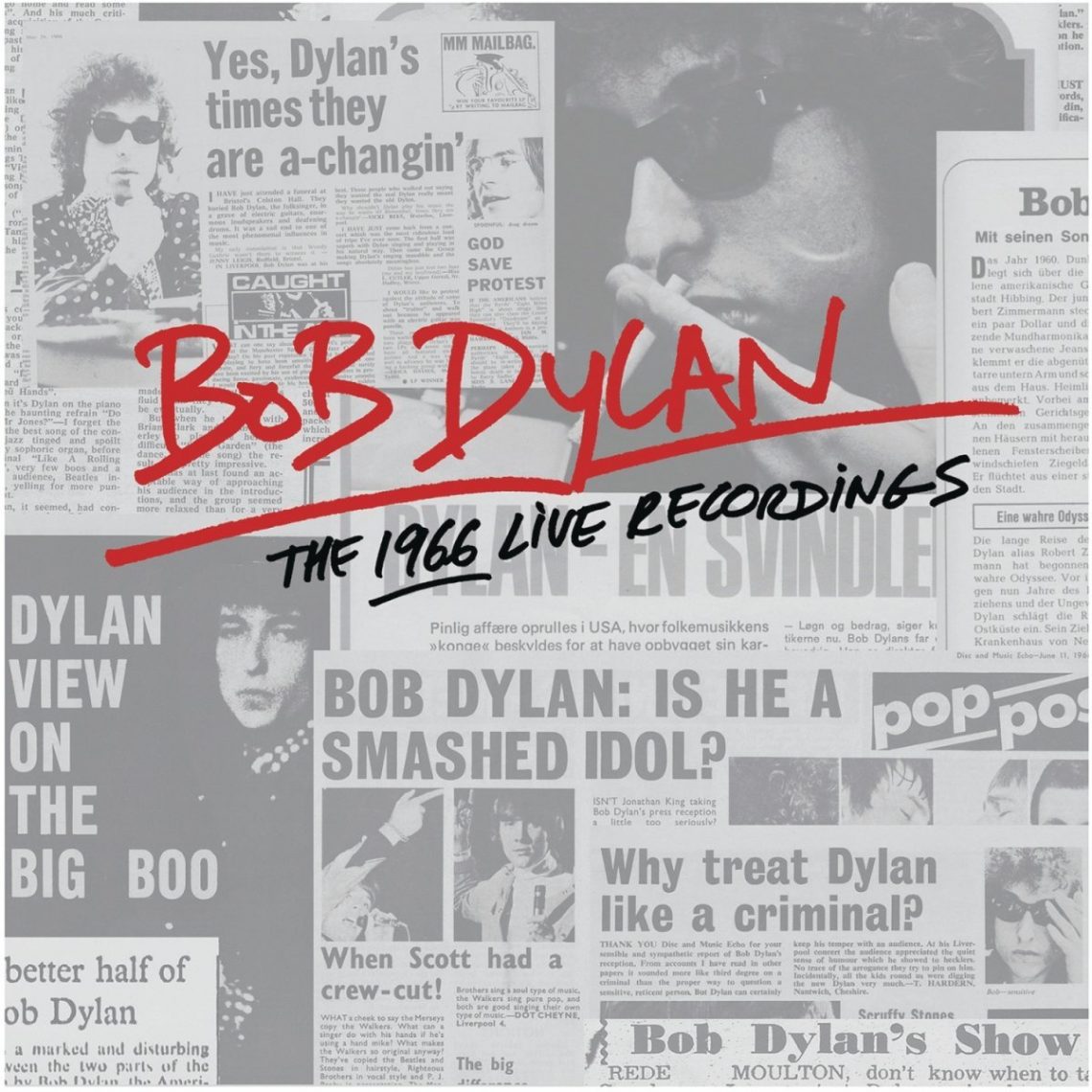 Bob Dylan’s 1966 tour of the U.S., U.K., Europe and Australia with the Hawks (aka The Band) was one of rock’s most culturally impactful events. Touring with an electric band for the first time, Dylan — coming off his pivotal electric trilogy of Bringing It All Back Home, Highway 61 Revisited and Blonde On Blonde — made thrilling, transformative music, venturing into the stratosphere on a nightly basis while confronting hostile, combative audiences that failed to recognize the momentous nature of what they were witnessing.

So if there’s any tour that merits a mammoth 36-CD box set, it’s this one. Never mind the ostensible impracticality of a release that takes 30 hours to listen to. The 1966 Live Recordings is a fascinating deep dive that rewards extended exploration.

Before it’s anything else, The Live 1966 Recordings is an impressive act of archivism, gathering every known tour recording, including some incomplete shows, in variable sound quality that’s mostly quite listenable considering the vintage of the tapes.  Sony Legacy has done an exemplary job of cramming all of this content into a handsome, compact, user-friendly package, and keeping the cost reasonable (list price is $149.98).

Seven shows are represented by professionally recorded (albeit occasionally flawed) multi-track tapes cut by Dylan’s label, Columbia. Twenty-four more are mostly-excellent mono soundboard recordings made by Dylan’s sound man Richard Alderson, while five early shows are sourced from muddy audience tapes that seem included here for the sake of completeness rather than listenability. Incredibly, only the much-bootlegged May 17 Manchester show (long misidentified as being from London’s Royal Albert Hall) and a few scattered individual tracks have been released previously.

The 1966 Live Recordings captures Dylan in the midst of one of the most remarkable hot streaks in rock history, channeling genius and inspiration on a nightly basis.  With the future Band (temporarily minus Levon Helm) providing seething, artfully restrained, support, Dylan manifests unearthly confidence as a performer, inhabiting and frequently rethinking tunes that were still fresh at the time. It’s a high-wire act that never loses its ability to surprise and inspire, even through all of these near-identical set lists.

The gigs were divided into an acoustic Dylan solo set followed by an electric one with the Hawks, and the routine is established early on. The audience is consistently rapt and adoring for the effortlessly acoustic sets, before turning nasty for the plugged-in portion. Beyond the infamous “Judas!” heckle from the Manchester show, the audience jeers fly with frequency, and Dylan seems to grow simultaneously more annoyed and energized as the tour wears on. He ploughs his frustration into the electric sets, which grow increasingly unhinged and confrontational as he does battle with the crowds in Edinburgh, Newcastle, Paris and London.  Although the arrangements don’t vary much from night to night, the shifts in energy and attitude are palpable, and comparing the multiple takes of, say, “Just Like Tom Thumb’s Blues,” “Ballad of a Thin Man” and “Like a Rolling Stone” becomes absorbing and addictive. 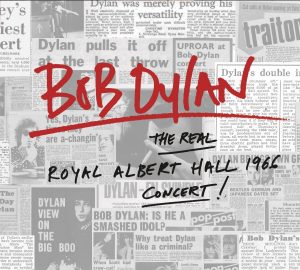 Dylan’s patience seems to have run out by the tour’s closing two-night stand in London on May 26 and 27, when, in front of a star-studed crowd, he seemingly threatens retirement and/or a boycott on further British touring.  “I realize it’s loud music,” he says. “If you don’t like it, that’s fine. If you’ve got some improvements you can make on it, that’s great. But I’m not going to disagree or fight with you.” The first of the London shows is also getting a stand-alone release as the two-CD The Real Royal Albert Hall 1966 Concert, and is as good a sampler as any for listeners not taking the longform plunge.

It goes without saying that The Live 1966 Recordings isn’t meant for the casual Dylan fan. But those with the time and/or inclination to invest will be rewarded with some crucial insights into the artist and this pivotal juncture in his career. For better and for worse, this massive epic lives up to the legend, and then some. — SCOTT SCHINDER