Whitney Rose: A Canadian songbird flies south After first turning heads with "Heartbreaker of the Year," the emerging singer-songwriter comes fully into her own with forthcoming "South Texas Suite" 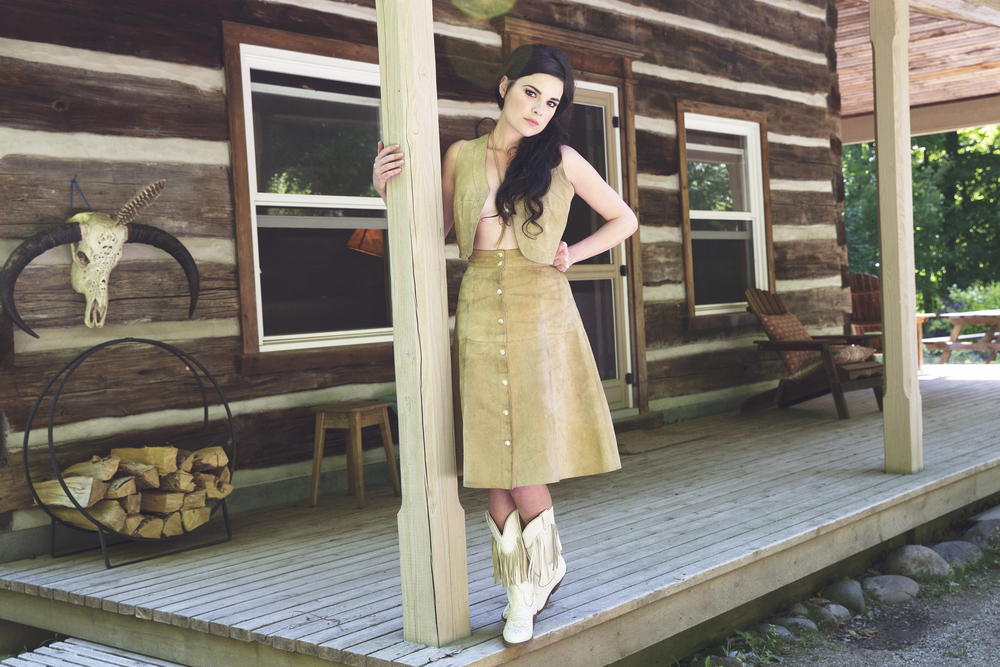 “I’ve been singing since I could talk,” says Whitney Rose, before adding a disclaimer. “At least, that’s what I’m told. When I was 2 or 3, my grandma taught me to sing ‘There’s a Tear in My Beer.’”

“American country music,” she says, was always a part of her life, even though she grew up on Prince Edward Island, a small province off the northeast coast of Canada.

“It has miles of beaches and farms, not too many towns,” Rose says. “My grandpa listened to country music and, when he got older, he moved into Charlottetown, one of the few cities on the island, and started a bar. There was always a lot of beer and country music around.”

Rose says she used to sing at her grandfather’s bar, but never really gave much thought to the idea of becoming a performer when she grew up.

“I played stand-up bass in the band in junior high, but it was humiliating,” she recalls. “I was small, so I had to stand on a bench to reach the strings. I gave it up after a while.”

But not for too long. Rose was in college when she got the bug again — not just to sing and perform, but to try her hand at songwriting.

“Somebody gave me a good guitar when I was 23, and as soon as I learned two chords, I was writing songs,” she says. “I’d always kept a journal and wrote short stories, but it never occurred to me to write songs until I got that guitar. I learned two more chords and wrote more songs, all very organically.”

After she had a handful of songs together, Rose moved to Toronto and started playing clubs. “There’s a bar called Cameron House. I put a group together and played there every Saturday from 8 to 10. I learned how to front a band and, when they decided to start a record label, they signed me and put out my first two albums.”

Rose’s self-titled debut was released in 2012, but it was the 2015 follow-up, Heartbreaker of the Year, that really set things in motion. The early buzz was no doubt stoked by the fact that its producer happened to be Raul Malo of the Mavericks, but the album did not disappoint. It’s a crackling collection of tunes that are equal parts country and retro rock, sounding like a lost recording from RCA’s Studio B in Nashville, circa 1960. Rose sings like Dolly Parton channeling Jim Reeves, and her duet with Malo on “Be My Baby” turned the Ronettes hit into a jaunty country shuffle.

With her career gathering steam in the wake of all the strong reviews she got for Heartbreaker of the Year, particularly in the lower 48, Rose decided it was time to really commit by relocating to a real music town. So she packed up her guitar and life and migrated South, all the way down to Austin, Texas. 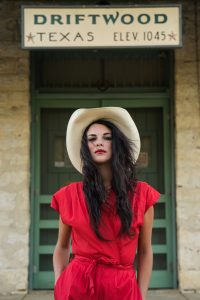 “I’m inspired by all the great musicians down here,” she explains, calling from her new Texas digs. She’s on her front porch in a t-shirt and shorts, enjoying an autumnal heat wave. It’s the kind of weather a gal from the Great White North can get used to. It’s clearly inspired her, too. “I sit out here and write. Since I got to Texas, I’ve finished about 40 tunes.”

She’s already recorded a handful of them, too — along with a couple of choice covers — for her first release as a Texas transplant, appropriately called South Texas Suite, which is due out Jan. 27. The six-song EP’s first single, “My Boots,” was released digitally on Oct. 21.

“I’m making another album next year,” Rose says, hinting at where a lot of those other new songs she’s been writing may end up. “But in the meanwhile, I wanted to express my gratitude for the welcome I’ve gotten in Austin.”

Rose recorded the EP at Dale Watson’s Ameripolitan Studios with the core members of her live band, guitarist Bryce Clark, steel player James Shelton and acoustic guitarist Sophia Johnson — and a few Austin ringers. “I was lucky enough to get Michael Guerra, Redd Volkaert, Earl Poole Ball, Kevin Smith, and Erik Hokkanen to come to some of the sessions,” she enthuses.

All six of the songs were cut live in two days, with Rose producing and the band offering suggestions to help flesh out the arrangements she’d brought in. “The band was respectful of the feel I wanted to get,” Rose says, “but they suggested changes that helped make the songs come alive. I let them loose to rock out now and then, but I tend to write in a mid-tempo groove. I love simplicity in a song, maybe because I only know four chords on the guitar, but you don’t need a lot of changes to get people two-stepping.

The results are striking. Rose smolders on “Three Minute Love Affair,” a Tex-Mex waltz, with Clarke’s bright acoustic guitar and Guerra’s accordion adding some extra sizzle. The aforementioned single “My Boots” opens with Rose laying down a demure a cappella verse before slipping into a stompin’ Waylon Jennings two-step, with Shelton’s steel guitar and Volkaert’s Telecaster adding asides to compliment Ball’s honky-tonk piano. And “Bluebonnets for My Baby” takes us back to the ’50s, with a country flavored R&B arrangement and an inviting vocal from Rose that hints at Loretta and Tammy.

True to its title, Rose says South Texas Suite is very much “a salute to my new home.” She notes that all of the songs on the EP have a connection to Texas — including the covers. “‘Bluebonnets’ is a beautiful song by Terri Joyce that people should hear, and the bluebonnet is the state flower, so that’s a plus,” she offers with a laugh. “What Eric plays on the fiddle just slays me.”

As excited as she is to share South Texas Suite, though, Rose is already looking forward to finishing the preparation for her next full-length album, which she’ll be making in 2017. And though she’ll be handing production duties back to Malo for that effort, she’s determined to bring her A-game to the studio.

“If you want to be the best at what you do, you have to be constantly working,” Rose says. “I pick up the guitar every day and go out every night to take advantage of all the incredible live music here.”

She concedes that she’s still by no means “the strongest guitar player,” but she knows her strengths. “My instrument is my voice,” she says — and more and more of late, her pen.

“Since I moved here, I’ve gotten better at expressing myself in my writing,” she observes. “I’m more grown up, less self-centered and more interested in other people’s stories and wanting to tell them, not just my own.”

Previous post Terry Allen: "Wilderness of This World" and "Yo Ho Ho"