Nominations announced for 59th annual Grammy Awards Sturgill Simpson, Maren Morris in running for some of this year’s top honors 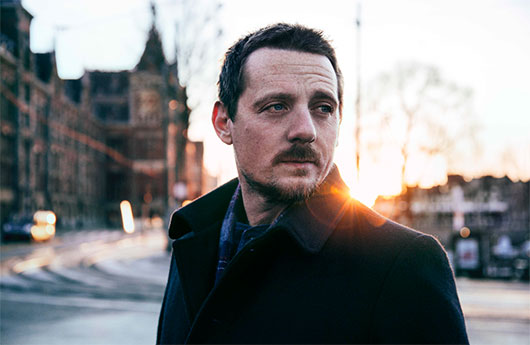 When Sturgill Simpson, duly appointed member of the official Holy Trinity of Saving Country Music Messiahs (alongside Chris Stapleton and Jason Isbell), had the unmitigated gall to get all artsy fartsy and creative with horns and soul and Nirvana covers for his 2016 album A Sailor’s Guide to Earth, a fair number of the Kentucky-reared songwriter’s most ardently stubborn fans cried “Judas!” … or at least, “sell out!” But plenty of more open-minded Americana fans embraced the ambitious artistic statement with open arms, and it seems a whole lotta Grammy voters did, too. When the nominees for the 59th annual Grammy Awards were announced Tuesday morning, Simpson’s Sailor’s Guide was revealed to be up for one of biggest awards in the biz, Album of the Year — against mainstream juggernauts Beyoncé, Adele, Drake and Justin Bieber.

Oh, and for the record, it’s also up for Best Country Album, a category which this year happens to be stacked with decidedly non-bro-country, un-crappy contenders — and Simpson’s the only dude in the bunch. His competition will be Loretta Lynn’s Full Circle, Brandy Clark’s Big Day in a Small Town, and Texan Maren Morris’ Hero.

Morris is also nominated for three other Grammys: Best Country Song and Best Country Solo Performance (both for her self-penned “My Church”), and one of the other biggest awards of the evening, Best New Artist — pitted against the Chainsmokers, Chance the Rapper, Anderson .Paak, and Kelsea Ballerini. Fellow Texan Miranda Lambert is also nominated for Best Country Song and Best Country Solo Performance, both times for “Vice,” the lead single off of her new double album, The Weight of These Wings. (The album itself was released too late to be eligible for any other categories this year, but will no doubt be a dominant contender come next year’s awards.)

That Simpson’s third record — a critic’s favorite from the get-go — would end up somewhere in the Grammy race might have been a given, but he’s definitely the underdog going into that Album of the Year battle. Stranger things have happened, sure, but the realistic odds of him actually beating Beyoncé’s Lemonade or Adele’s 25 are pretty slim, to put it mildly. But as the saying goes, “it’s an honor just to be nominated” — especially in a year that wasn’t exactly light on other seemingly surefire contenders that actually didn’t make the Album of the Year list, most notably David Bowie’s Blackstar. And though Simpson might stand more of a chance for Best Country Album, it is a little surprising that Sailor’s Guide wasn’t nominated instead for Best Americana Album — albeit not as surprising as the fact that perineal Americana and Folk contenders Lucinda Williams, Steve Earle and Shawn Colvin (teamed up, no less) didn’t make the cut this year at all.

Who did, then? Well, in the Best Americana Album category, it’s the Avett Brothers’ True Sadness, Kris Kristofferson’s The Cedar Creek Sessions, Lori McKenna’s The Bird & the Rifle, the Time Jumpers’ Kid Sister and William Bell’s This Is Where I Live. And for Best Folk Album, it’s Texan Sarah Jarosz’s Undercurrent, Robbie Fulks’ Upland Stories, Sierra Hull’s Weighted Mind, Judy Collins & Ari Herst’s Silver Skies Blue, and Rhiannon Giddens’ Factory Girl (which is actually a 20 minuted EP.) Giddens, Jarosz, McKenna, and the Avett Brothers are all also up for Best American Roots Performance (along with the Blind Boys of Alabama), while Fulks, McKenna, the Time Jumpers, Jack White, and Roddie Romero and the Hub City All-Stars are nominated for Best American Roots Song.

Elsewhere on the long, long list of Grammy categories, Texas legend Willie Nelson is nominated for Best Traditional Pop Vocal Album for Willie Nelson Sings Gershwin; his competition includes Nobel Prize winner Bob Dylan’s Fallen Angels. Fort Worth soul man Leon Bridges scored a Best Video nod for “River,” but he’s up against Beyoncé’s formidable “Formation” (just one of the Houston diva’s nine nominations this year.) Jarosz’s aformetioned Undercurrent is also nominated for Best Engineered Album, Non Classical; the Kris Kristofferson box set, The Complete Monument & Columbia Albums Collection, is up for Best Album Notes (penned by Mikal Gilmore); and Reckless Kelly’s Sunset Motel is nominated for Best Recording Package. That Grammy would actually go to Sarah & Shauna Dodds of Austin’s Backstage Designs, who are of course best known for designing this very website but who also — fun fact! — have actually won in this category twice before: just last year for Asleep at the Wheel’s Still the King: Celebrating the Music of Bob Wills and His Texas Playboys, and back in 2014 for Reckless Kelly’s Long Night Moon. (They were also nominated in 2012 for another Reckless album, Good Luck & True Love.)

CBS will broadcast the 59th annual Grammy Awards live from the Staples Center in Los Angeles on Sunday, Feb. 12, 2017.