Jeremy Plato & the Departed: “In Retrospect” 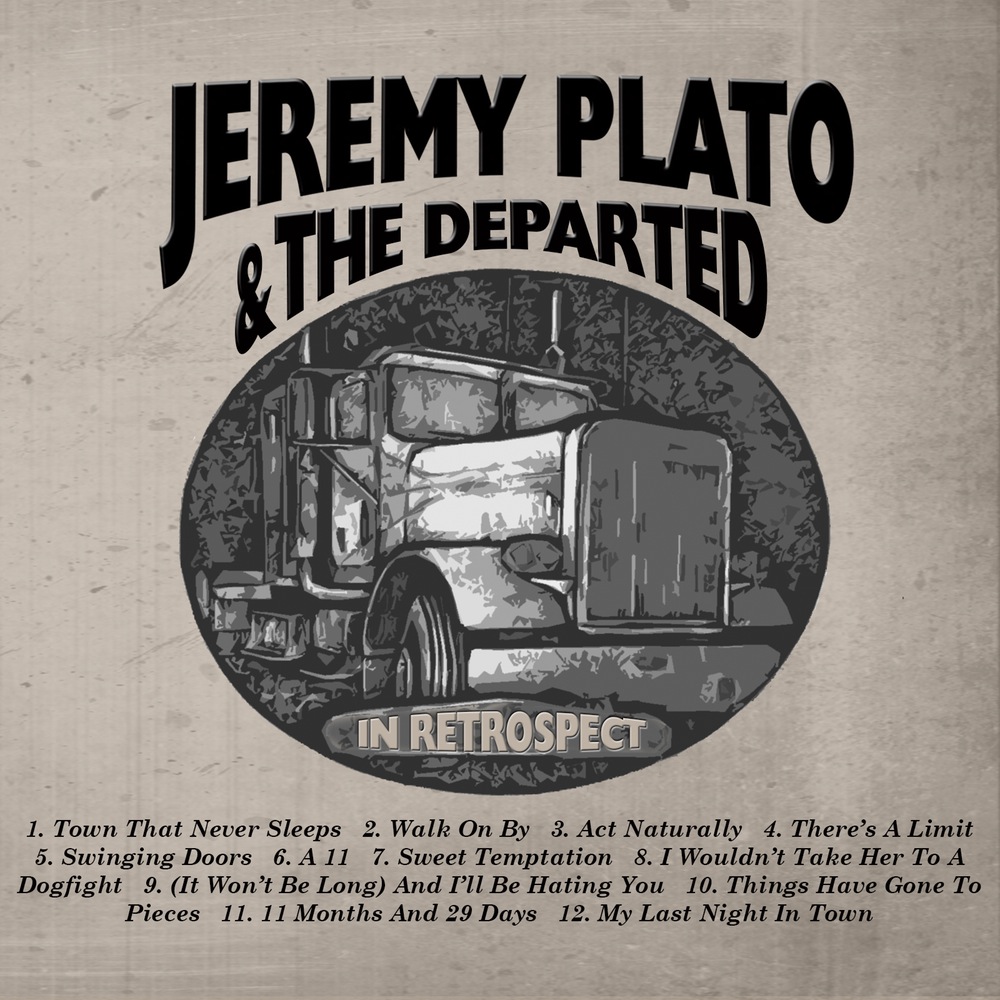 As a steadfast member of turn-of-the-century country-rock phenoms Cross Canadian Ragweed, bassist Jeremy Plato held down the low end for a band whose natural Oklahoma twang brought some country flavor to music that was more heavily influenced by various strains of classic rock and then-recent elements of grunge rock and Americana. The band’s classic country influences rarely came to the forefront, including when Plato and frontman Cody Canada spun off into the Departed around 2010, but apparently there was a hardcore country-oldies fan lurking behind the bass guitar the whole time.

Amiably stepping into the spotlight for In Retrospect, a little-hyped covers record that seemed to pop up out of nowhere, Plato (who has occasionally taken the lead on Departed numbers like “Hobo”) reveals a sturdy twang that’s strongly reminiscent of the great Buck Owens, and not just when he’s directly covering him on “Act Naturally.” Outlaw pioneer Johnny Paycheck gets the lion’s share of tribute here: four songs overall, including the ornery likes of “11 Months and 29 Days,” the rueful but triumphant album closer “Last Night in Town,” and a bitter but stirring duet with Jamie Lin Wilson on “It Won’t Be Long and I’ll Be Hating You.” Contributions on fiddle from Reckless Kelly’s Cody Braun and steel guitar from The Straggler’s Cody Angel round out Canada’s more subdued guitar approach; it’s theoretically possible to make a “real” country album without fiddle and steel, but why would you when you have players of that caliber on call?

For longtime fans of both the Departed and Cross Canadian Ragweed, it’ll be a little surprising to hear areana-friendly rockers like Plato and Canada playing as if they’re auditioning for a VFW dancehall gig, digging up chestnuts like Merle Haggard’s “Swinging Doors” and Leroy Van Dyke’s “Walk on By” with the heart and subtlety they deserve, but on its own low-key terms this country side trip is a charmer. The band doesn’t necessarily transcend the originals, and there’s even some occasional awkwardness (“A-11” has some odd cadences that are tough to pull off, and “I Wouldn’t Take Her to a Dogfight” has aged about as well as most novelty songs), but In Retrospect largely wins out as a honky-tonk love note to a genre that’s always in danger of being forgotten. — MIKE ETHAN MESSICK