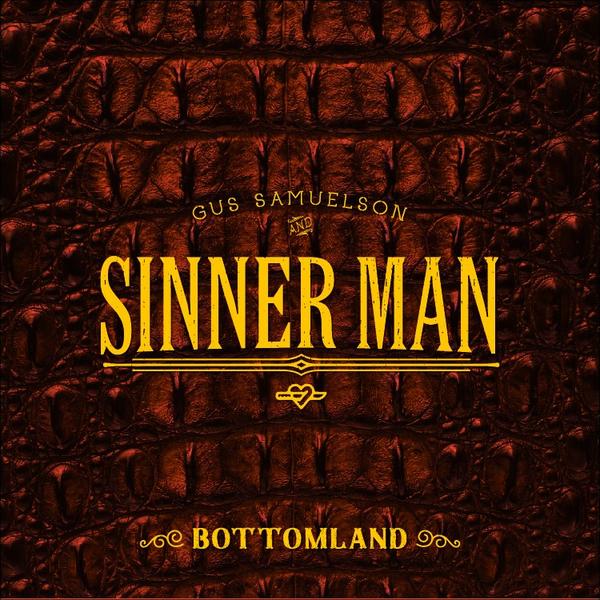 Over a long and varied career, D/FW singer-songwriter Gus Samuelson has come at the music business from various angles: road-managing Merle Haggard, DJ’ing at Dallas’ KHYI 95.3, and perhaps most enduringly, hitting a midlife creative Renaissance all his own that’s resulted in a steady stream of compelling original music over the past few years. He’s earned enough industry goodwill to warrant a vanity project, if that’s all he was good for, but instead he’s offered up focused, revealing, and outright enjoyable music over the course of a handful of albums, including 2013’s solo acoustic gem American Soul, one highly danceable album under the Swampadelic band name, and last year’s gripping sort-of-debut under the “Sinner Man” banner.

If this sounds like the resume of a restlessly creative soul thus far, it’s unsurprising to see the new album Bottomland (ably helmed by fellow multi-talent Adam Odor in the producer’s chair) split and splinter even within its own electric blues universe. The first half-plus of the album ponders sin, faith, and salvation, and though Samuelson’s oaken voice has an authority all its own there’s still room for doubt, confusion, and reconsideration between the self-assured guitar riffs and spooky keyboard fills. The likes of the soaring “After the Storm” or the bracing “I Know A Place” reimagine gospel music as the righteous cousin of the blues; it’s a bit like if Jackson Browne decided his soulful introspection could use a little toughening up so he brought Bo Diddley in to kick it in the ass. About two-thirds of the way through, though, the album takes a hard left into that no-less-traditional leg of the blues where the soul can’t ask for much more than a roll in the hay with a good woman. The likes of “I Never Know’d About You” and “Ain’t Nobody Lookin’” are as refreshing as a cold beer in the parking lot after church. Almost as soon as the lustier groove kicks in, it politely slips back out for the sentimental curtain call of “My Little Girl,” an unabashed love note to a daughter headed to the altar. One suspects an artist with Samuelson’s talents and instincts would take in the prayer at the ceremony and the band at the reception with equal enthusiasm and respect. — MIKE ETHAN MESSICK

Next post Amanda Shires brings fire, fun and a little “Faith” back home to the Lone Star State