Introducing John Fullbright Promise from the ground up 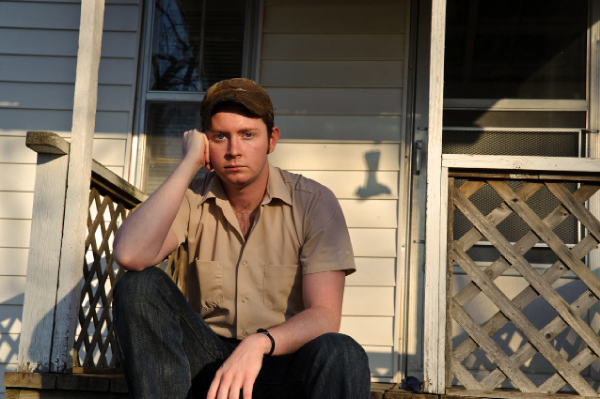 To hear John Fullbright sing is to know the sound of existential weariness.

His songs sometimes seem like deep sighs, exhales of resignation from a man who’s already hurt too much to hope for more than fleeting moments of joy in his remaining years. They carry a lonely, haunted quality, with occasional undertones of the anger that can gnaw at your heart after one too many betrayals. 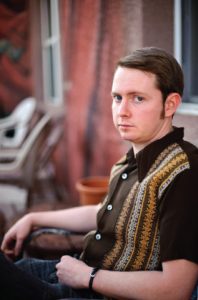 Unless you get a look at his baby face, you’d never figure him for a relative music-biz newbie who just turned 24 in April. His pleasant baritone speaking voice, intellectual awareness, relaxed demeanor and self-deprecating attitude only serve to further contradict the math. They also contradict the song-induced impression that he’s mopey, which he’s not. Seems fairly well-adjusted, actually. Sure of his path. His gaze is steady, through unafraid eyes that seem to shift from aqua one minute to steel-blue the next. They may not dance with mirth, but they don’t reveal storms of inner turmoil. If his soul is as restless as his songs indicate, he masks it well.

Talking about his first nationally distributed release, From the Ground Up, over a pre-soundcheck pint before a show at Threadgill’s in Austin (opening for and performing with Jess Klein at her album release party, just weeks before his own), he clearly seems OK with his career so far and not anxious about where he’s headed.

Somehow, he remains unaffected by the commotion he’s causing in folk and Americana circles, where journalists, fellow singer-songwriters and other tastemakers loudly sing his praises.

After one of Fullbright’s eight SXSW 2012 performances — this one in a church — Raleigh News & Observer music critic Dave Menconi wrote, “I’ve rhapsodized about young Mr. Fullbright before, but I’m here to tell you that he really is that good; getting better, too. He’s starting to seem like a rough-edged Lyle Lovett or a smoother James McMurtry, crafting genius-level wordplay.”

West Texan Butch Hancock, who got to know Fullbright through Okemah’s annual celebration of its most famous resident, Woody Guthrie, enthuses, “I really, really love all his work. He keeps crankin’ out the good ones.”

Introduced by Blue Door owner Greg Johnson, Hancock and Fullbright got to know one another the way musicians do — by playing together.

“Sittin’ around WoodyFest after hours, we’ll be hangin’ around doing little jam sessions at the only hotel in town,” Hancock says. “And he was always, boy, just so tasty, and his musicianship is just incredible. … He is a joy to be hangin’ around — and a pretty sharp tack, I’ll tell you what.”

According to Fullbright, the buzz — which has gained more volume in the wake of his album’s May 8 release — ain’t no big deal.

Thing is, his songs are extraordinary, full of masterful turns of phrase that read like poetry. Often, they express longing or loss, edged with regret. “Daydreamer,” for instance, contains this verse:

But when the young man falls

Well then the old heart breaks

There’s a fire burning deep inside and it’s as mad as it’s mean
It’s hungry as it’s lean
And it’s as fleeting as a dream.

They spring to life via melodies and tempos that range from the simple balladry of “Song for A Child” and the rock-infused snarl of “Gawd Above” to the soaring harmonies of  “Jericho” or the Brecht-Weill theatricality of “Fat Man.” One thing they are not is “Red Dirt” — if one defines that as the mix of rowdy country and rock that’s become as ubiquitous around these parts as cowboy boots covered with Oklahoma clay dust. Fullbright calls his record label Blue Dirt as a tongue-in-cheek, yet conscious effort to stand apart (though he thoroughly embraces Oklahoma’s rich songwriting tradition, from Guthrie, Jimmy Webb and Roger Miller to Leon Russell, Hoyt Atkins and Kevin Welch, whose family, Fullbright says, has become “kind of my own family now”). It might also be a nod to where he got his start (the aforementioned Blue Door) after a very short-lived attempt to attend college as a music major.

“They either want to turn you into a classical player or a band director. And I thought, ‘This is not helping me in the least, as far as songwriting goes,’” he says. “I left with wings.”

He also thought about following his father into the welding trade. Turns out skills like welding are not simply inherited; they take much practice. After proving his lack of ability with a torch, he was sent outdoors to spend the summer clearing brush.

“After about a month and a half, I backed over my chainsaw and broke it,” Fullbright recalls. “Whether that was subconscious or not … right when it broke, I just kinda went, ‘To hell with this. I’m gonna go play music and starve with the rest of them.’”

He moved into a small farmhouse on an 80-acre farm — the same house his father’s parents originally inhabited and he lived in till he was 9 (he’s standing on its tiny porch in his album-cover photo). It’s just down the road from another house, built by his grandfather, where he spent the rest of his youth.

Though not church-oriented, he describes his upbringing as “very Christian.” He and his two older brothers earned prizes from their mom for learning scripture; they took to calling her “the pastor.” It’s clear from his songs — the first four on From the Ground Up are titled “Gawd Above,” “Jericho,” “I Only Pray at Night” and “Satan and St. Paul” — that religion still permeates his life, though not always in a positive way. “Gawd Above,” co-written with pal Dustin Welch, takes on the perspective of a sarcastic creator unhappy with his flock.

“Songwriting is a way of finding your own path,” Fullbright explains. “If religion pops up in there, it just shows you that I’m telling the truth, I think.”

Though he’s hardly given to gushing, he also describes the performer-audience connection as a communal experience with religious overtones.

“People really listening as hard as they can to a writer that has the ability and the maturity to lead you on an emotional path, and then bring you back home, there’s something really churchlike about it,” he says. “I hate to jump right off into that, cause I’ll paint myself in a corner, but it is. There’s a spiritual element to it. All of us being involved in this one thought or feeling that can maybe be described as a universal thought or a universal truth or feeling, we’ve all felt it at one time. The engagement, it’s a powerful thing. And as an audience member, it’s a give and take. But it’s not a conversation. You’re not expected to do anything but react to it, and there’s a comfort in that. Of being the anonymous spectator, of not having to talk about it.

“You could ask me that any day of the week and you’d get a different answer,” he adds with a laugh.

Songs, of course, also can have cathartic properties — for both songwriter and listener, he notes.

“Everybody goes through the same rough road in different ways,” Fullbright observes. “Songwriting is a wonderful tool for a lot of that stuff. And when you’re done with it, if you’ve done it correctly, it’s a great tool for other people, too. That makes you feel a little better.”

Like so many songwriters, Fullbright found emotional rescue in Townes Van Zandt. In fact, he attributes his career to that troubled troubadour. “He was the guy who showed me that songwriting was something to get really serious about,” says Fullbright.

Though most of the songs on his new album originally appeared on 2009’s Live at the Blue Door, he says they’ve finally got the full-band treatment they were always meant to have — with much of the instrumentation provided by Fullbright, an accomplished guitarist, keyboardist and harmonica player. Yet they actually started out as exploratory demos intended to help determine a future recording site. Entering his friend Wes Sharon’s 115 Recording studio in Norman, Okla., with a few trusted players, he says, “I walked in without any expectation. If anything, I was a little pessimistic about it. And four hours later, we had about half of a record. Go figure. It just worked. It all clicked so beautifully, and magically, like it sometimes does when you’re in a room with the right people at the right time.”

“Now that they’re recorded the way they ought to be, I can get past them and write others,” Fullbright says.

There’s little doubt, as Hancock says, he’ll keep “crankin’ out the good ones.”