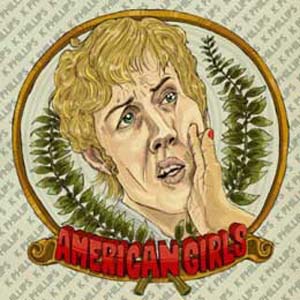 Singer-songwriter K Phillips is based in Austin and plays the kind of music that makes the Austin scene so hard to categorize. The basic building block is Americana, but the arrangements and songwriting lean heavily on blues, Southern funk, and R&B. He plays banjo on some tracks and a mean slide guitar, but his primary tool is the Hammond B-3, which adds a tough, murky feel to these gritty, slightly degenerate tales of love and lust. “To Dance with You” is a cheerfully gloomy rocker that sounds like a drunken grad student trying to score at closing time on a Saturday night; “Get It” has a sinister R&B groove and oozes with illicit sexuality; and “Does It Hold Water” channels the churning soul of an early Stax hit. The keyboard work and sly guitar accents give each tune an individual sheen, but his understated vocals are just as impressive. His casual, insouciant singing has a subtle edge that gives his literary lyrics an appealing gleam. — J. POET