Patton’s Progress Buoyed by the encouragement and help of her friends, Courtney Patton jumps back into the singer-songwriter game. 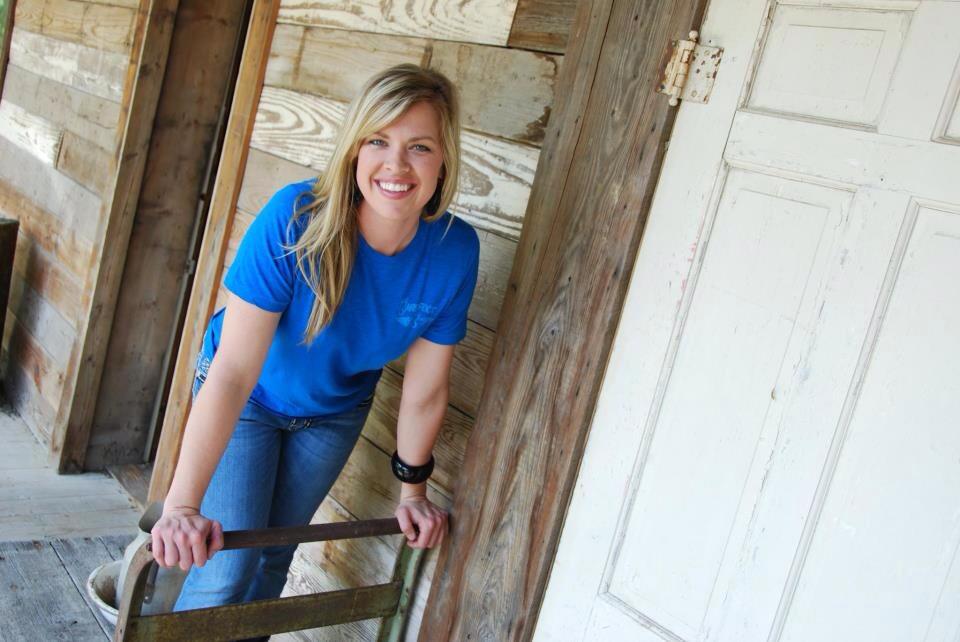 Every genre of music is populated with stories of lifelong strivers who finally come into their own, sometimes seeming deceptively like an overnight success despite their years in the trenches. Then there’s the smaller category of actual overnight successes, and then you have the almost infinitely small sliver of talented folks who walked away from it entirely for years, then came roaring back with renewed purpose. Somewhere in that tiny slice of folks who couldn’t escape the gravity of their own talents and dreams is Courtney Patton. 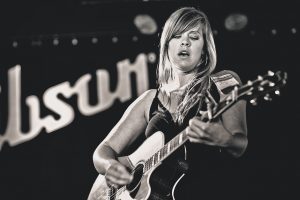 Her new album, Triggering A Flood, holds firm under the weight of expectations built up by a couple years of gigs with like-minded souls including the Trishas, Jason Eady, Walt Wilkins and Adam Hood out on the wiser, rootsier edge of modern independent country. She’s built a reputation as someone who can hold her own in a song swap amongst veterans and heroes. “When I hear Courtney, I hear something absolutely unique, and that makes me think of the legendary voices of music,” offers sometime stage-sharer Drew Kennedy. “I don’t know if there’s a word for that … she makes you both forget and remember how many descriptive words you know.”

Patton can also banter earnestly without boring an audience, improvise sweet harmonies at the drop of a G chord, and quiet a noisy barroom with something as simple and earnest as an original country waltz. In a scene crowded with prematurely grizzled guys and rock-edged arrangements, a perpetually smiling young woman with a freckled, sun-kissed complexion and a growing catalog of down-home ballads is frequently stealing the show.

Her first run at the business, or at least the experience of being a recording artist, was the bare-bones 2008 release, Still Around. “At the time I was a stay-at-home mother of two babies in diapers,” Patton says. “I thought I needed to record what I’d written in college for posterity, because I never thought I’d get to play music for a living. I didn’t have much money, and to be honest, I hadn’t really written a group of songs I was proud of.”

Getting the chance to work with producer/musician/songwriter Mike McClure softened any misgivings, and in retrospect the album succeeded at putting Patton’s clear, sweet twang front and center. But although the sparse acoustic arrangements might have nodded towards the simpler approach she prefers, it didn’t feel like a grab for a larger audience and — at least in terms of her own hindsight — her songwriting wasn’t quite developed enough to carry the weight itself.

The triumph of getting an album out at all was largely offset by a life situation that was less than conducive to promoting one. There were a few fallow years, with only occasional gigs and little songwriting. Patton was in the midst of a marriage that had started young, was working in one sense or another around the clock, and her two children were little more than toddlers. Her budding passion couldn’t be much more than a hobby, seemingly, with neither the spare time nor much encouragement outside of a few supportive friends. Some of them were musicians; one of them was Jamie Wilson, the singer-songwriter, member of the Trishas, and much-sought-after Texas music collaborator who knew a thing or two about balancing motherhood and a music career. Wilson recalls Patton coming to see her play in Luckenbach on a Mother’s Day several years ago, not to join her onstage but to hang out on the sidelines she’d consigned herself to.

“She said she was giving up music, but I didn’t believe it for a second, and I don’t think she really did, either,” Wilson says. “But out of that struggle came the best songs she’d ever written. She couldn’t squash it if she tried.” At the time, Wilson settled for saying “you’ll be back,” offering some long-term optimism when it was sorely needed.

Wilson’s advice was more than just a polite platitude to a fan who’d become a friend; it bloomed over time into a commitment to giving a simpatico talent a hand in the business — both the artistic and the personal side of things. When the aforementioned marriage hit the rocks (as one would expect, a lot of the subject matter on Triggering a Flood draws deeply from that emotional well), musician friends saw to it that Patton had some new things to look forward to both during the turmoil and in the aftermath. Shared gigs with Wilson or opening slots for the Trishas helped re-introduce Patton to those most likely to fall under her spell. The Trishas also cut her song “The Fool” for their long-awaited full-length debut, High, Wide and Handsome, in 2012, and several bandmates joined her in the studio to make her personal vision come to life.

“This time, I was ready, proud, and I was all in!” Patton asserts. “Going into this record, I had taken the time to write a cohesive body of work that had a central theme and musically conveyed what I hope people will agree is my sound.”

It’s a sound bolstered by no less talents than Lloyd Maines on steel guitar, Adam Odor on bass, Reckless Kelly’s David Abeyta on lead guitar, and Scott Davis on the half-dozen or so instruments he knows his way around. Wilson and Larry Hooper pop up as co-writers, and Trishas bandmates Kelley Mickwee and Liz Foster throw in on harmonies. Echoes of everything from Tanya Tucker at her flintiest, Don Williams at his most serene, and Carole King at her most elegant find their way into songs that rarely kick up above mid-tempo but seldom fail to stir the soul.

“Now it’s her turn and I’m so proud that everyone’s getting to see what’s so special about her,” Wilson beams proudly. “She makes people feel what she’s feeling, and that’s a talent, not a skill.”