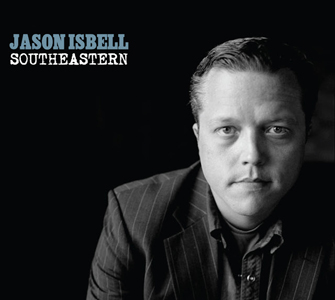 By the time you read this, you’ll have likely already heard a lot of praise for Jason Isbell’s Southeastern, with both fans and critics dishing out the kind of superlatives typically reserved for songwriting legends such as Guy Clark, John Prine or even Leonard Cohen. A degree of skepticism is usually called for in such cases, but let’s be clear here: all the plaudits are rightfully placed. And as much as Isbell’s last outing, 2011’s Here We Rest, was an excellent record in its own right, the heavily acoustic, mostly mid-tempo Southeastern will assuredly be the measure that all Isbell albums will be judged against henceforth. The Alabama-native, whose expressive drawl has never sounded better, has long been regarded as a fellow who knows his way around writing — he was a standout at his craft from the moment he joined the Drive-by Truckers at age 22, more than a decade ago.  So it’s no surprise to find so many songs here as memorable as  the tangled-bedsheets of “Cover Me Up,” and the bracing, yet beautifully reminiscing “Different Days.” But the song that will be placed atop any “Best of Isbell” list a decade or two from now is the soul-ripping “Elephant,” a pensively-strummed tale of a man at a hopeless crossroads — not in his own life, but in that of cancer-stricken friend staring into death with all the humor and stark-resignation either can muster. On the strength of that song alone, not to mention the rest of the flawless Southeastern, Isbell is no longer a former-member of the Drive-by Truckers, but a bona fide giant of contemporary Americana. — KELLY DEARMORE