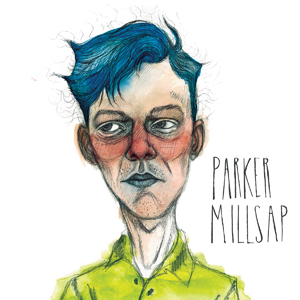 Parker Millsap, the debut album from, let’s see, yeah, Parker Millsap, is actually the Oklahoman’s third release. In this lifetime, anyway, because Millsap is one of those young whippersnappers who you’d swear has seen it all before, possessing lyrical wisdom well beyond his years to go with a world-wearied voice that sounds like it’s been marinated in decades of hard living, disappointment, shots of whiskey, and barroom smoke. But let’s forego all that past-life hokum and stick to the 21st century facts, because that’s where Millsap has spent the majority of his mere 20 years. And those other two releases? After-school DIY projects Millsap cranked out with his classmate buddy and bass man Michael Rose, presumably before heading off to the Pentecostal church he attended three days a week, where he honed his chops playing classic gospel tunes and Praise Jesus contemporaries. So there’s no dearth of biblical imagery and God-fearing characters in Millsap’s musical offerings here. The raucous, hand-clappy, hard-rockin’ 18-tires-and-brimstone of  “Truck Stop Gospel” will get even the most impious imps dancing down the aisles and at least thinking about heeding the altar call. “When I Leave” finds the contemplative protagonist pondering the afterlife and concluding “Ain’t no use, running or hiding, say your prayers, keep your fingers crossed.” Clearly, Millsap’s heard a lot of devout preaching and pleas for forgiveness over the years. But it’s the everyday lives and struggles of the common people in the pews and the countless Oklahoma bars he’s played — but would get carded trying to drink in himself — that most capture Millsap’s astute eye. And while he’s a spirited performer who can do the secular stomp and holler with the best of the bluesmen and red-dirt rockers whose path he’s following, it’s on two of the album’s more whist and wistful songs where we see the genuine gift that young Millsap holds. The resignation and hope of the lottery player of “Yosemite,” who spent his last four bucks on scratch-off tickets and can’t even find a dime to reveal what they hold — yet still promises to take his lover on a grand tour of national parks when the big numbers come in — is truly Prine-evocative. And the album’s highlight, “Disappear,” which showcases the superb string work of fiddler Daniel Foulks, speaks to the dreams of getting-out-and-getting-on-with-better-things of small-town Okies and wanderlusters everywhere. Millsap’s escapist urges his co-traveler to “leave behind the things that never stood a chance, like your mother’s good china and all our original plans,” then hits the highway singing, “I’ll hold the map, honey, if you’ll steer/make like we were never here/you and me, momma, gonna disappear.” Parker Millsap is traveling in the express — and auspicious — lane to a bright future. — D.C. BLOOM