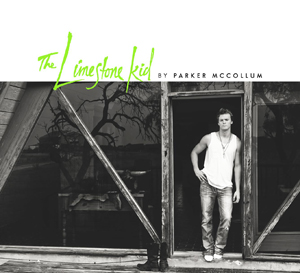 Conroe-born, Austin-based Parker McCollum has a perfect country music voice: a manly, midrange tenor that delivers his lyrics with a dry, understated emotion, even when he’s singing about the pain and confusion of broken relationships, which is the subject matter of most of the songs on The Limestone Kid. His band plays with the same restraint he shows singing; you can sense their power and, on the occasions where they break out for a tasty solo to accent the narrative, they display an impressive command of the language of country/folk/rock/Americana. There isn’t a single weak track on the album; musically and vocally, McCollum is ready to take his music as far as it can go. Then there’s his songwriting. Simply stated, he has a unique voice and vision, a solitary style that makes one want to pull out a long list of other songwriters in an attempt to describe just what it is he does. Bear in mind that comparisons are innately unfair, both to the artist in question, and the artist being referenced, but if you take a bit of Townes Van Zandt’s oblique mysticism, the confessional poetry of Ryan Bingham, and Gillian Welch’s stripped down, tenderly honest vignettes of the lost and lonely, you have an approximation of McCollum’s approach. He doesn’t use many similes or metaphors, but he’s able to twist everyday language into cryptic constructions that hide as much as they reveal. It’s the kind of everyday obfuscation that we all employ unconsciously, but that you seldom see captured in song. McCollum’s songs are literary, but not obviously so. He writes about poverty, alcoholism, family dysfunction, loneliness and the regrets that haunt you after a failed relationship with ghostly open-ended images that you can see clearly, but never really apprehend. They sound like “normal” country songs, waltzes, two steps, ballads and rockers, but the lyrics and the genuine emotion McCollum puts into them makes a lasting impression and keeps you hitting the replay button. — J. POET

Next post Book Review: "I Fought the Law: The Life and Strange Death of Bobby Fuller"