Pake Rossi: “Mercy of the Mountain” 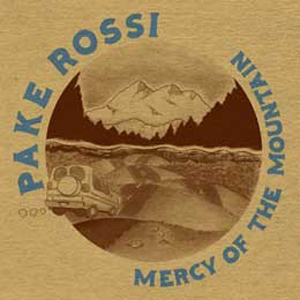 PAKE ROSSI
The Mercy of the Mountain
www.pakerossi.com

A friendly, frequently-booked young fixture in the Hill Country heart of Texas country folk, Pake Rossi didn’t break all the way through with his 2010’s For All That It’s Worth, a fine freshman record that got a bit lost in the shuffle. Changing his approach to take another run at it, Rossi’s sophomore effort, Mercy of the Mountains, ditches the crisper, sunnier sound of his debut for a more earthy, sonically sepia sound courtesy of the co-production of fellow young guns Sons of Fathers (aka David Beck and Paul Cauthen). It’s still bubbling under with a similar youthful optimism seeping up through the cracks in his tales of regret and longing, but the muted thump of musicians reaching back to the elegant restraint of early-70s Bob Dylan and Townes Van Zandt records gives Rossi a suitable frame for his more complex sentiments. It’s not entirely misstep-free, with a recitation number that doesn’t quite hit home (“Broke In”) and a story song that tips off the rails a bit (“Don’t Blame Me”), but when he digs into an emotion he can get pretty deep and hang in there with touching vocal conviction (see the title track or the intricate centerpiece “The Chill” for two especially compelling examples). “I gotta try to stay as young as I can,” he drawls on the steady-rollin’, Gram Parsons-ish “AC Roar.”  And you can’t help but wish him luck. — MIKE ETHAN MESSICK