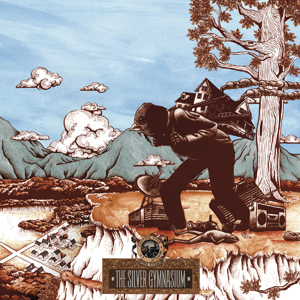 Will Sheff of Austin’s Okkervil River has never made being an artist sound fun. Lyrical reference points over the years have included Tim Hardin and John Berryman, and frankly, neither of their stories ended well. And where the Beach Boys made “Sloop John B”’s narrator sound radiantly disgruntled, Sheff sang the song’s lines about feeling broken with anguish and resignation. He didn’t want to go home, he needed to go home. So Sheff went home. He revisited the New Hampshire town where he grew up and came back with songs. The Silver Gymnasium is a reminder that the best albums aren’t just a record of a creative entity from a fixed place in time; they’re part of a continuum. Okkervil’s last album, I Am Very Far, concerned itself with endings. The Silver Gymnasium is more concerned with beginnings — but to call it nostalgic does the album a disservice. The stakes are high on Gymnasium, only this time they’re informed by the urgency of youth, not the madness of creativity. “If you want to stop our ‘thing,’” Sheff sings, “you’ll stop my heart.” The result isn’t a romance with the past, but rather a look at the past as something irretrievable. Sheff hasn’t done an about face and gone soft; he’s still a guy in love with words, who turns them into hard songs. This is just his portrait of himself as an artist as a young man. — ANDREW DANSBY