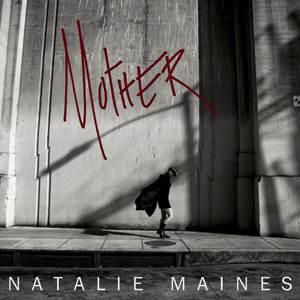 Ten years on from the Dixie Chicks’ bitter divorce from mainstream country music — and six years after the trio’s last album, Taking the Long Way, and its defiant kiss-off anthem, “Not Ready to Make Nice” — who would have ever thought Natalie Maines would take so long to make her solo debut? While the Chicks have regrouped a handful of times for special engagements and charity gigs and sisters Emily Robison and Martie Maguire have stayed active as the Court Yard Hounds, the group’s famously outspoken firebrand of a lead singer has, for the most part, kept relatively mum in favor or focusing on her private family life. Outside of Twitter and the occasional Howard Stern interview or benefit cameo, Maines has willfully avoided the public spotlight for nearly as long as she was at its center, singing on top of the world in one of the most successful country bands of all time.

Well, better late than never. Mother, Maines’ long overdue return to the business of making records, is not near as perfect an album as the Dixie Chicks’ 2002 masterpiece, Home, nor even as bold and personal a statement as Taking the Long Way; but at its best, it’s a swaggeringly confident, mature album that showcases her powerhouse voice better than any other album she’s ever made. Co-produced by Maines and Ben Harper (with Harper and members from both his Innocent Criminals and Relentless7 bands backing her up), Mother packs a wallop of a sonic punch that’s unabashedly “rock” — just as one would expect (and hope) from a singer who could hit “Stand By Your Man” or “Cowboy Take Me Away” out of the park but always seemed like a restless wild horse penned up in the country corral. Even on Taking the Long Way, which was by no means a country record, Maines as a Dixie Chick never got to really express her inner rocker the way she does here, especially on the brash, Harper-penned “Trained” and Patty Griffin’s “Silver Bell.” The latter’s a better song than the former, but she tears into both with equally ravenous, kid-in-a-candy-store zeal.

Other tracks on Mother are a little closer to the Chicks’ post-country wheelhouse — most notably the excellent “Free Life,” written by Dan Wilson (the former Semisonic frontman who co-wrote most of Taking the Long Way’s best songs), and “Come Cryin’ to Me,” a holdover form the same album by Maines, Maguire, Robison and Gary Louris. That Maines herself only had a hand in writing three songs here (the other two being the so-so “Vein in Vain” and the far superior, show-topping closer, “Take It On Faith”) is a little disappointing. But she does right by her intriguing choice of covers, including the jangly Jayhawks favorite “I’d Run Away,” Eddie Vedder’s “Without You” (dramatically transformed from acoustic ukulele ditty into full-band anthem), Jeff Buckley’s slow-burning “Lover You Should Have Come Over,” and of course, Roger Waters’ “Mother.” Maines isn’t the first female artist of some controversial notoriety to tackle that Pink Floyd classic and wring an extra twist of pathos from the line “Mother, do you think they’ll try to break my balls?” (Sinead O’Connor sang it at Waters’ all-star staging of The Wall in Berlin 23 years ago), but her performance is devastating, trenchant, and definitive. Take it on faith, this mama knows of what she sings. — RICHARD SKANSE