Michael Corcoran’s “If I Had My Way” All I Wanna Do: The night I pulled off my own Grammy miracle 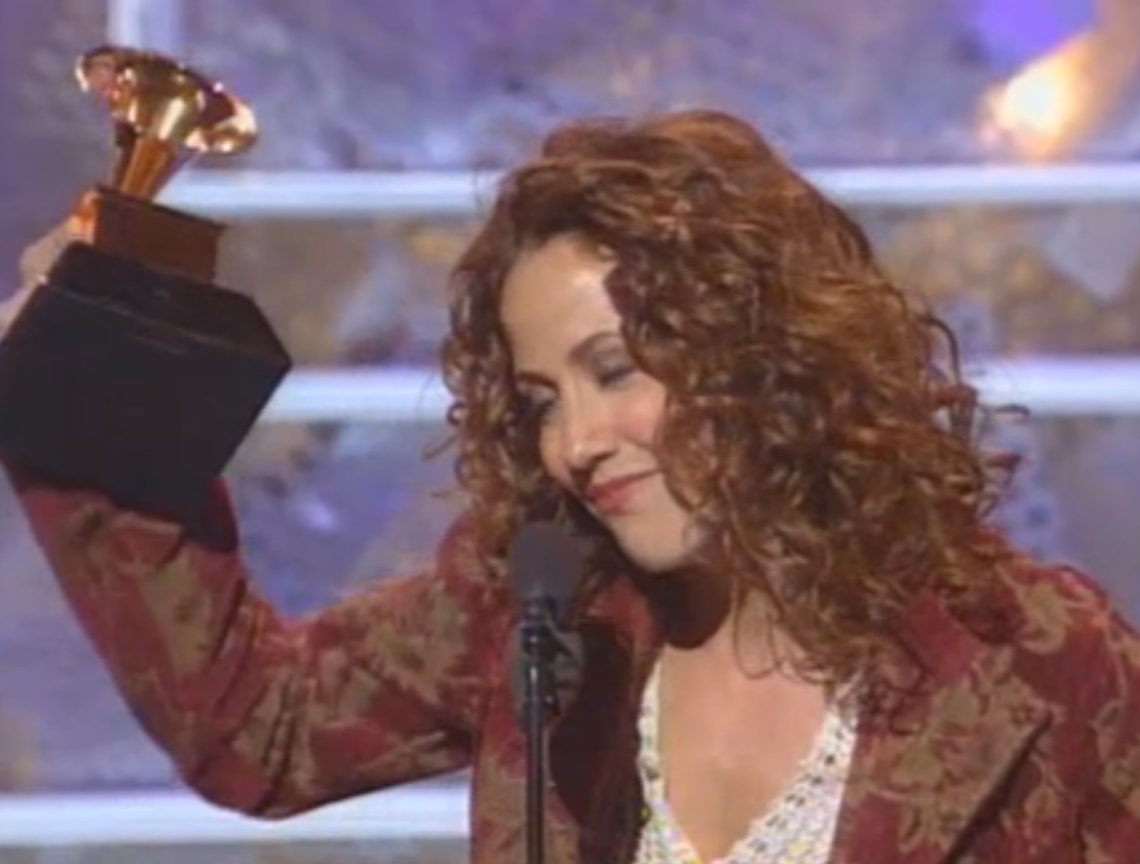 Sheryl Crow accepting her 1995 Grammy for Record of the Year. (From Grammy.com)

The Grammys are tonight, so it’s time to trot out my Grammys story. This was from 1995, when I talked my way into the awards ceremony, the day after I crashed Clive Davis’ A-list black tie party at the Beverly Hilton. I’m not a great talker. I couldn’t sell cowboy hat adornments to a Chris Stapleton fan, but for some reason I was sprinkled with magic dust that year.

The Dallas Morning News sent me to L.A. for five days to cover the Grammys because this was back when big newspapers had a lot of money for shit like that. But I had to write different stories every day. I reviewed club shows by Lucinda Williams and Guy Clark, did a party scene report and hung out in the lobby during Clive’s big bash, just taking note of all the celebs for my daily column. I knew the publicist for Arista, Clive’s label, who was at the entrance checking credentials. She came over to me and said, “Carlos Santana is coming on next and his new album (Supernatural) is going to be HUGE [It was.] Clive would want a critic to see this, so I’m gonna turn my head and you’re gonna walk right past me, OK?”

So I did just that. I scooted by her in my black t-shirt and ripped jeans and found myself in a huge ballroom, full of big stars. Jerry Seinfeld, Mike Tyson, Puff Daddy, Bobby DeNiro, Will Smith — they were all sitting 10 feet away from me. Whitney Houston was onstage singing “Heartbreak Hotel” and then she was off and Santana came on with Wyclef from the Fugees. As soon as their song was over, I was being led out of the room by security, but I was grinning. I’d be able to write about attending the most exclusive Grammy party of them all, as if I was invited. Also, I talked to Dallas native Erykah Badu for 10 seconds when she was walking through the lobby, so I had a quote from a big local. Shit, man, I was gold.

Which was a relief because I had kinda fucked up a couple weeks earlier. I sent in my request for press credentials to the Grammys a little late and there was no room for me. But I’d covered the Grammys before and spent most of the time in the press room watching the show on TV. They’d parade the winners by every minute or so, but the quotes were hardly ever any good, so I figured that I could just cover the show from my hotel room and no one would be the wiser. The Associated Press had a file of backstage quotes I could pull from. Just had to give them credit at the bottom.

So I was getting all set up in my room. Beer on ice, joints rolled … I just had to find what channel the show was on. This was about an hour before the Grammys were to start. I went to the channel menu for 5 p.m., which was 7 p.m. Dallas time, and no Grammys. I scrolled to the right and it said that the show aired at 8 Pacific. FUCK! They delayed the broadcast on the West Coast. I wouldn’t be able to watch it on TV and make my deadline. WTF! I didn’t know what to do but throw on some clothes and run down to the lobby and get a cab to the Shrine Auditorium.

Here’s a detail I don’t really need, but I’m gonna throw it out there to show just how fucked my day was going. About three blocks down Hollywood Boulevard I saw Elvis Mitchell on the sidewalk. My friend who was a bigwig in L.A. “Pull over!” I told the cab driver and I went over to Elvis to see if he had any suction with Rogers and Cowan, the Grammys publicists. Only, it wasn’t Elvis Mitchell. It was a black guy with long dreads in expensive clothing and black horn-rimmed glasses, but it wasn’t fucking Elvis! I turned around to see my cab leaving, so I had to run back to the hotel lobby and get another cab. I’m dripping with sweat, heart palping, all the way to the Shrine.

Every road was blocked off for about a quarter mile except for limos, so I had to run the rest of the way to the Grammys. So, I finally got there. Now what? I couldn’t get credentials a couple weeks ago; how were they going to let me in, sweating like a dopesick junkie, 10 minutes before the show started? But I didn’t have any other choice.

Luck shined on me, however, when I saw my old friend Chris Morris of Billboard. “Chris, please, could you send someone from Rogers and Cowan out here?” I said from outside a chain-link fence. About five minutes later there was some guy in a suit, looking at me with the right amount of skepticism. I told him my story and how I would probably get fired if he didn’t let me in. “There’s no place for you,” he said. Just let me watch the show from a monitor somewhere, I said. I don’t care if it’s in the men’s room. The guy, whose name was neither Rogers nor Cowan, said, “OK, but you owe me, big time.” Brother Theresa led me to the press room, picked up a big bowl of lettuce on the catering table and said “sit here.” And I did, for the whole show. Press folks would come by with their plates and fill up with cold cuts and carrot sticks and the like and then they’d get to me and turn around.

But I was in heaven. The adrenaline of just getting there had my fingers flying on the keyboard. I was sending all these great dispatches from backstage at the Grammys. Got a few short one-on-one interviews even (Chris from Soundgarden, Don Was, Booker T, Tony Bennett in the men’s room). Bruce Springsteen was winning everything for his “Streets of Philadelphia” song and so during the commercial break before Record of the Year, I finished my A1 recap. Just needed to hear the name “Bruce …” and I’d be sending before they got to “… steen.” I had really kicked ass.

“And the Record of the Year goes to…” My finger was ready. “Sheryl Crow for ‘All I Wanna Do’!” Are you fucking kidding me?!! Goddammit, man. Now I had to rewrite the whole first part of the article. And my final deadline was in 10 minutes. But I did it. And I was done. Shit, man, I even talked my way into the A&M Records party, just two blocks from the Roosevelt Hotel, where I was staying. What a motherfucking day!

That’s kinda like how every day is. I mean, not insanely hectic or heart-racing. But we just take things as they come — bring it on — and do the best we can. But sometimes you look back and go “how did I pull that one off?”

Let me leave you with my predictions for tonight. Taylor Swift will win Album of the Year, Ed Sheeran will win Record of the Year and there’ll be a big party at (their Austin-based promoter) Louis Messina’s place. Also, look for Courtney Barnett to take Best New Artist in a surprise and give Kendrick Lamar a couple of golden Gramophones in the lesser categories.