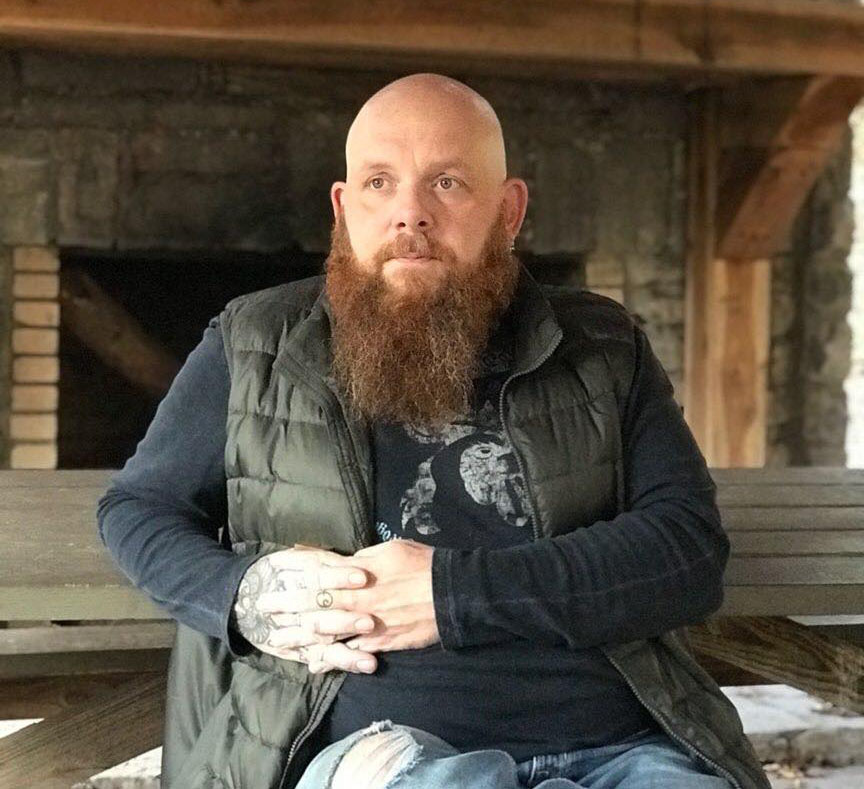 The Red Dirt music family lost one of its most beloved songwriting voices on Friday, March 2, when Brandon Dean Jenkins passed away in a Nashville hospital. The Tulsa native, who moved to Music City in 2016, had been in critical condition ever since undergoing major heart surgery to replace his aorta and aortic valve on Feb. 21 — just 12 days after the release of his 18th album, Tail Lights in a Boomtown and less than three weeks after first learning from doctors about his condition and the urgent need for the procedure.

Jenkins broke the news to his fans as soon as knew it himself, back on Feb. 3, and posted regular updates on Facebook, Instagram, and Twitter (where he went by the handle @reddirtlegend) right up until he was wheeled into surgery. He expressed regret about having to shave his giant red beard (“the beast”), and having to miss seeing so many of his friends from the Oklahoma and Texas music scene at the Feb. 7-10 Mile 0 Fest in Key West, Florida, which he had been scheduled to play, but optimistically looked forward to feeling better and playing again. And through it all he kept writing and thinking about new music; on Feb. 16, two weeks to the day before his death, Jenkins posted a solo acoustic video of him playing a song called “Without You” from his Nashville home. It wasn’t a selection from his brand new album, but rather a song he’d written that same day.

Jenkins grew up in Tulsa and began his career back in the early ’90s, spending his first few years as a professional musician touring the country dancehall circuit while signed to the Alabama-based Raney Records. But he just didn’t quite fit the traditional hat act mold that his early handlers seemed to be steering him towards, and it wasn’t until he fell in with the more freeform community of scrappy songwriters centered around Stillwater, Oklahoma that he really found his tribe — and his songwriting voice. Although a handful of his contemporary (if slighly younger) “brothers of the Red Dirt” would go on to achieve greater regional and even national fame, Jenkins was every bit as much of a founding father of the resurgent Oklahoma music scene as Cody Canada, Stoney LaRue, and Jason Boland. He was also arguably the most prolific of the bunch, averaging nearly an album a year since the 1996 release of Faded, his first on his own Red Dirt Legend Recordings label. Those albums became the inspirational soundtrack on other bands’ tourbusses, while friends like LaRue helped that “Red Dirt Legend” sobriquet flourish by sharing Jenkins songs and co-writes like “My Feet Don’t Touch the Ground” and “Down in Flames” with the masses.

Both onstage and on his record covers, Jenkins cut an imposing figure; based superficially on his large frame, bald head, red beard, and generously tattooed exterior, he could easily be mistaken for a menacing badass. But the people who really knew how or even just took the time to speak to him at shows would invariably describe him with words like “sweetheart” and “Buddha-like.”

“If there was one word I could assign to this legend, it would be ‘approachable,'” said Cara Miller of Radiofreetexas.com. “He was a song writing genius who never forgot his fans.” In a Facebook post after Jenkins’ death, friend and radio promoter Dillon Steen of Steen Enertainment noted that “one of the things I admired most about Brandon was there was zero ego. For a guy that achieved all he did, there was no air of arrogance or ego about him. He was real, just as real as it gets.” Many others on social media emphasized Jenkins’ gentle demeanor and kindness of character, sharing anecdotes about how his philanthropic efforts — namely, his habit of frequently donating his talents for fundrasing evens — made their own lives better.

As a songwriter, Jenkins was adept at penning political anthems with a honky-tonk drive; true to the spirit of fellow Okie Woodie Guthrie, he was unafraid to tackle topical issues and express his thoughts on world politics and the state of the nation through songs like “Blood for Oil,“ “Out of Babylon,” and 2016’s “The Flag.” But he was equally fearless at wearing his heart on his sleeve, and leaves behind some of the finest love songs to grace a dance floor. 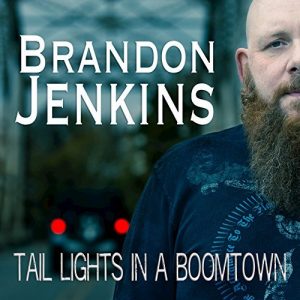 Jenkins’ last album, “Tail Lights in a Boomtown,” was released digitally on Feb. 9, three weeks before his death.

A resilent sense of hope was another hallmark of Jenkins’, which came through loud and clear even when he balanced it with a wallop of brutal honesty. Although the songwriter likely had no idea that Tail Lights in a Boomtown (released exclusively to download and digital platforms on Feb. 9) would end up being his last album while he was recording it last year, tracks like the haunting “Fade to Black” suggest a great deal of self-reflection and sobering mediation on mortaliy. But as exemplified by the inspirational spirit of the album’s lead single, “Be the Revival,” the beauty of Jenkins’ work was that he could deal with the darkness and use it to fuel optimism.

In one of his last tweets, from Feb. 17, Jenkins proudly noted that “Be the Revival” had just cracked the Top 10 on the Texas Regional Radio Report. “Thanks y’all, this means a lot to me,” he wrote. “I know this song is helping some people out there that are going through some ‘Real Life Stuff.’ We are all in this together.”

On the night of Jenkins’ death, Jason Boland and the Stragglers took the stage at Gruene Hall, paying tribute to their friend not with one of his own songs, but rather Danny Flowers’ “Tulsa Time.” “This one’s for Brandon Jenkins,” announced Boland, “and that’s all we’ll say. We just can’t talk about it yet. Pray for the Jenkins family.”

Jenkins’ medical expenses from his 10-day hospital stay are substantial, and benefits are upcoming.  Additionally, the Red Dirt Relief Fund will contribute to help his family, and funds are also being raised through the sell of “Hearts Beat for Jenkins” t-shirts online.