LSM Video Premiere: Jeff Plankenhorn’s “Sleeping Dogs” The Austin singer-songwriter brings the hooks — and a little good advice — with the title track from his new solo album, due out May 4 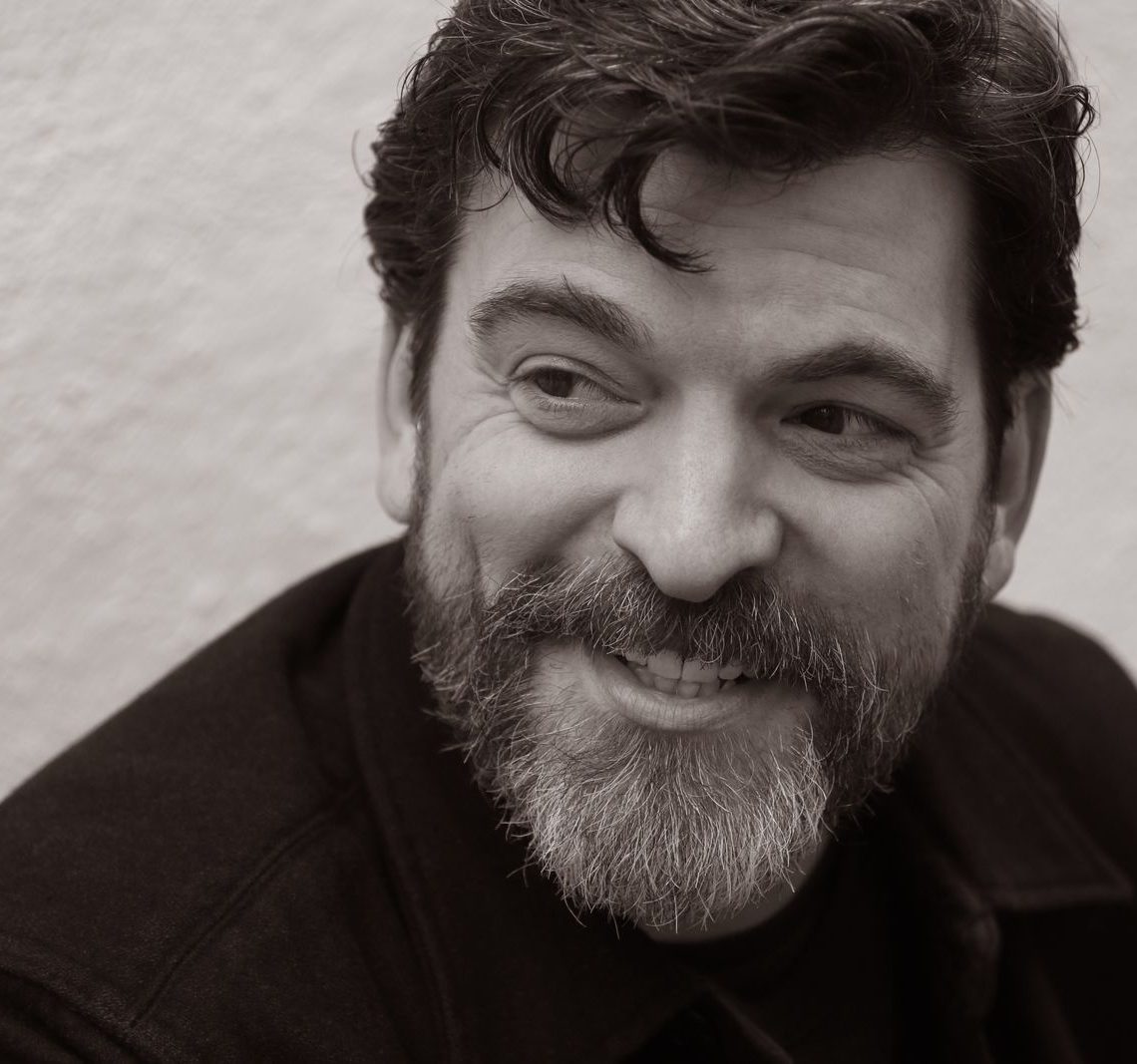 Over the course of the last two decades, Jeff Plankenhorn has worked tirelessly to earn his rep as one of the most reliably can-do, right-dude-for-the-job musicians in Austin, Texas. As an exceptionally talented acoustic, electric, slide, and lap-steel guitarist with a keen understanding of the importance of playing to and for a song rather than all over it, he’s been called on countless times to back a veritable who’s who of Texas and Americana music’s finest singers and songwriters, including Ray Wylie Hubbard, Joe Ely, Eliza Gilkyson, Ruthie Foster, and the late Jimmy LaFave. Along the way, he’s also slowly but surely (at least as measured by the 13-year gap between his 2003 solo debut, Plank, and 2016’s SoulSlide) come to distinguish himself as no slouch of a writer and frontman in his own right, with a “signature” sound heretofore best exemplified by songs like “Trouble Find Me,” a late-night-jam-into-Sunday-morning-gospel-brunch mix of sacred steel, country roots, and soulful R&B.

But it turns out all of the above really only scratches the surface of Plankenhorn’s musical vocabulary. Because as revealed by the new “Sleeping Dogs,” the opening mission statement from his forthcoming third studio album, the Ohio-born artist also has the pop smarts to knock out a helluva hooky heartland rock tune. Sleeping Dogs won’t be released until May 4, but you can hear the ebulliently catchy title track now via its video, which “Plank” officially premieres today here at LoneStarMusicMagazine.com.

“The video is just something I kind of threw together really fast with a friend of mine, Jon Notarthomas,” offers Plankenhorn during a break in the middle of a Sunday gig with the Resentments, the beloved informal Austin supergroup he plays in alongside his Sleeping Dogs co-producer, “Scrappy” Jud Newcomb. “The idea was to convey the fun we had working on the record.”

All of the scenes — including the cameos by Newcomb’s dog, Harpo — were filmed at the Zone in Dripping Springs, Texas, where Plankenhorn, Newcomb and engineer/drummer Pat Manske recorded the album last year. In contrast to SoulSlide, which Plankenhorn describes as “a a labor of love, but a hard record to make,” Sleeping Dogs was apparently a relative breeze, knocked out in a couple of weeks with no agenda other than the joy of playing together. Well, that and Plankenhorn’s wish to shift the focus a bit more this time around towards his songwriting, rather than just his long-established instrumental chops — and to allow himself more freedom in exploring the possibilities of bringing all of his musical influences together. Including the exhilarating rush of one of America’s most beloved rock ’n’ roll bands, Tom Petty and the Heartbreakers.

Actually, Plankenhorn admits that the Petty influence — which really comes to the fore on the songs “Sleeping Dogs” and “I Don’t Know Anything” — came about rather unexpectedly, beginning on the day Newcomb first came into the studio after Plank had already recorded a few of the album’s rhythm tracks. That just happened to be on Oct. 2, the day that Petty died. “Somehow, everything just kind of shifted that day,” Plankenhorn says. “Not on the entire album, but for a good portion of it, there were discussions of like, ‘What would [Heartbreakers guitarist] Mike Campbell do on this guitar part?’” 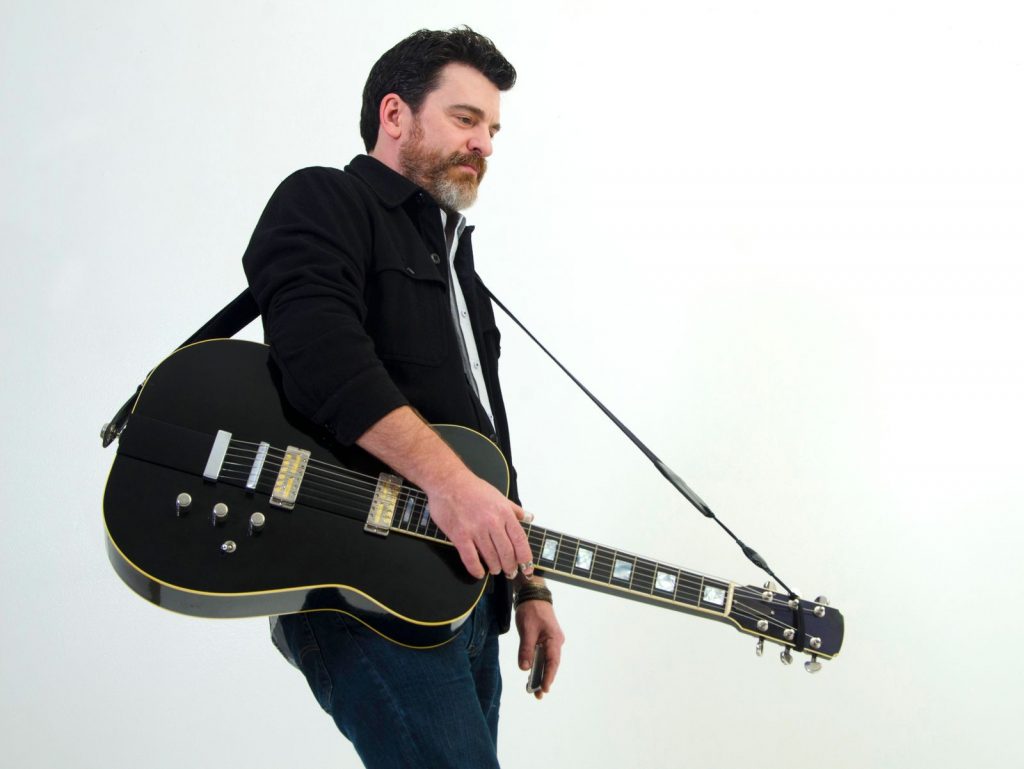 “I like songs that have a little bit of a moral imperative to them,” says Plankenhorn of “Sleeping Dogs,” a song he says he wrote as a sort of self-help exercise in learning how “to let shit go.” (Photo by Mary Keating Bruton)

And although Plankenhorn had already written “Sleeping Dogs” long before Petty consciously came to mind that day in the studio, the song’s lyrics convey a real sense of carpe diem purpose not unlike  many of the late Rock and Roll Hall of Famer’s most endearing hits.

“The last thing I want is to sound lofty here,” says Plankenhorn with a laugh, “but I like songs that have a little bit of a moral imperative or something to them. Like with Petty, you take a song like ‘Even the Losers,’ and you’re kind of fighting for somebody there … and I wrote ‘Sleeping Dogs’ with the idea of hopefully helping me better myself. I wrote that song when my wife and I were up in Canada, driving across Vancouver Island, and I was like, ‘You take the wheel,’ because I just got this image of sleeping dogs laying, and started writing all these verses about how I need to let shit go. I literally took a lot of things that I’m really bad at, and told myself, ‘If I sing this for a year or two on tour, maybe it will may make me better at these things; maybe I won’t take stuff personally, won’t let things get me down. And maybe somebody else will hear this song and maybe it will help them, too.'” 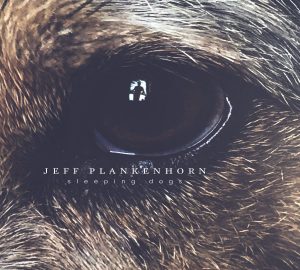 But even if the song somehow doesn’t do all that — i.e., make you a more well-adjusted and all-around better person just by hearing or singing along to it — rest assured that at the very least, “Sleeping Dogs” should still sound pretty great cranked loud over a car stereo. And there’s not shortage of other quality tracks to be found on the rest of the album, too. Amongst the many highlights Plank fans can look forward to discovering come May 4 are “Holy Lightning,” a song he wrote with Newcomb and Miles Zuniga of Fastball that was graced by a heavenly Patty Griffin guest vocal, and “Tooth and Nail,” a Plankenhorn and Ray Wylie Hubbard co-write and duet that’s every bit as righteously gnarly — and yes, appropriately grit-and-groovy — as you’d hope (and expect) it to be.

“I mean, how cool is it that I get to call up Ray and tell him I’m working on a song, and if he’s into it, we get to do it together?” enthuses Plankenhorn, who still readily credits Hubbard’s advice for his decision to first move to Austin 17 years ago. “Those are the kind of things I’ll never take for granted.”