Granbury, Texas-based singer-songwriter Mike Ryan’s country music career had already been progressing at a respectable, slow-and-steady-wins-the-regional-race pace in the four years between his debut EP and the 2014 release of his second full-length, Bad Reputation, but ever since then, he’s been cruising at wide-open interstate highway velocity. Four of the album’s 10 tracks were released as singles — with three of them hitting No. 1 on the Texas Music Chart, leading to Ryan winning New Male Vocalist of the Year at the 2015 Texas Regional Radio Awards. The album’s success also played a big role in landing the young Texan on Music Row’s radar, leading to his first outside “cut” as a professional songwriter: Ryan shares a co-writing credit on Nashville superstar Brad Paisley’s latest single, “Last Time for Everything.” 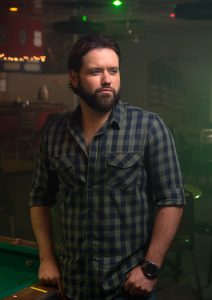 Go ahead and blink … there’s no missing Mike Ryan at the rate his career is taking off. (Photo courtesy Mike Ryan)

Three years after Bad Reputation’s release, Ryan admits that he and his team would have loved to have kept releasing more singles off the record — a testament to not only how hard they worked on it but how much they believed in it. But he was more eager to get cracking on a batch of brand new songs for his growing fanbase, and the results — as featured on his soon-to-be-released (Oct. 20) Blink You’ll Miss It — suggest that his career will only take off even more through the end of the year and well into 2018. Two of the new album’s songs (lead single “New Hometown” and “Sad Song”) have already made a strong first impression on satellite and terrestrial airwaves (not to mention online, with the former quickly racking up more than four-million streams on Spotify), and the best is yet to come … starting this week with the premiere of the title track. “Blink You’ll Miss It” will be available for download on iTunes Friday (Sept. 29), but today LoneStarMusicMagazine.com is proud to host the song’s official premiere. (We’ll have the whole CD up for pre-order soon on Ryan’s page in our e-commerce store, LoneStarMusic.com, where in the meantime you can still purchase Bad Reputation if you need some catching up to do.)

“That song basically wrote itself — I love it when that happens!” Ryan marvels of “Blink You’ll Miss It” and his Nashville co-writing session with his longtime buddy Casey Twist and Twist’s friend, Randall Clay. “The stars just kind of aligned that day. From the moment Ryan came in the door, he was like, ‘I’ve got this idea,’ and started singing, ‘Riding shotgun means you gotta get the gate …’ And I was like, ‘Whoa … I like where you’re going with that!’ So we sat down and started writing, all three of us sharing our own stories and input and coming up with lines, and it just fell together so naturally — I don’t think it took us even an hour to finish it. That was so cool to see that happen, especially considering that it was the first time that the three of us had ever all written together. Songs don’t happen like that very often, at least not in my experience.”

Speaking of his own experience, Ryan concedes with a laugh that although “Blink You’ll Miss It,” a paean to growing up in the kind of teeny, tiny small town that most folks never even know they’re passing when barreling down the highway, is sung in the first person, his own hometown of San Antonio hardly qualifies as an easy-to-miss speck on the map. But he certainly didn’t lack for firsthand memories of country living during the writing session.

“Even though I grew up in San Antonio, for the first 20 or so years of my life we had a ranch with a log cabin out in Leakey, Texas,” he explains. “It’s a town of about 400 people people about two hours west of San Antonio, right on the Frio River, and it was one of my favorite places in the world. Unfortunately, my mom and dad had to sell the property a few years back, but we made a lot of memories out there, and that’s what I was tapping into for this song. And then that song ended up kind of shaping the course of the rest of the record, too. I didn’t know as soon as it was written that it was going to be the title track, but when the rest of the songs started coming together and we got to thinking abut the direction of the album, it just seemed like the perfect one. Because there’s several songs on this record talking about family things and growing up and life experiences like that.”

Fittingly, “Blink You’ll Miss It” also directly or indirectly inspired the album’s cover art. It’s a picture of a very young Ryan and his brother painting a shed and chicken coop back on that old ranch in Leakey — taken by their grandmother. 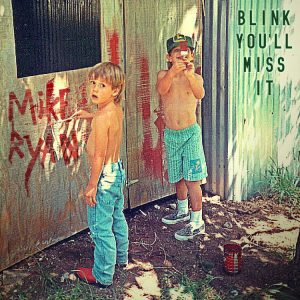 “My manager, without even telling me, got a hold of my mom and dad and got a bunch of pictures from early childhood, including that one,” he says. “And then he was like, ‘By the way, the album cover’s done,’ and he just sent it to me. And oh my goodness, I just started crying my eyes out. [Laughs] I hadn’t seen that picture in 20, 25 years. But that one image from my childhood just brought back this incredible flood of memories. Like, I remembered that whole day, and it took me back to that exact moment. It was pretty cool — and a really nice surprise.”

Next post Harvey Can't Mess With Texas: A Benefit Concert for Hurricane