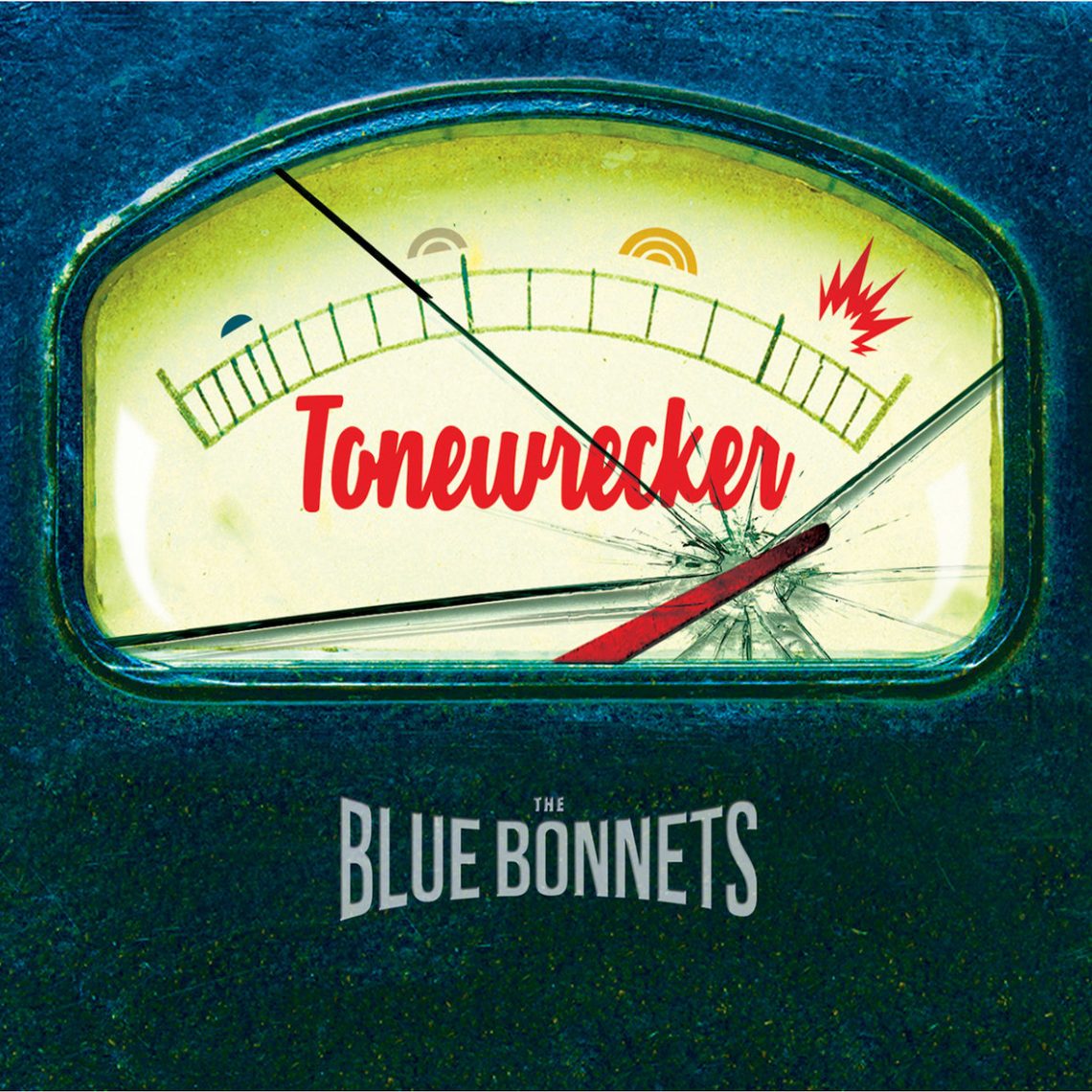 If there’s a better rock — as in rawk! — ’n’ roll weapon in Austin’s arsenal right now than Dominique Davalos of the BlueBonnets, step up and prove it. With her bass slung near Sid-Vicious low and mouth curled in a matching toothy snarl, she cuts the mean profile of a natural-born front woman onstage, but it’s her voice that delivers the payload. It’s a feral, ferocious and dead-sexy beast of an instrument, equal measures Bon Scott banshee wail, raspy Brian Johnson growl and hair-raising jungle cat roar, cut with just enough honey not to sweeten to taste so much as to throw gas on the fire.

It’s the kind of voice that could handily carry the weight of any rock band on its own, but the BlueBonnets are far from a one-woman show. Like Keith Richards and Mick Taylor to Davalos’ Jagger, co-lead guitarists Kathy Valentine and Eve Monsees match her sway for swagger, trading serrated blues licks and gnarled garage riffs with punk-rock vigor and propulsive punch (driven on Tonewrecker, the band’s third album, by a rotating cast of drummers including BlueBonnets regulars Kristy McInnis and Christina Comley and guests Lisa Pankratz and Blondie’s Clem Burke). Valentine and Monsees also take the lead vocal for a song apiece on the record, and gild Davalos’ full-throated roar throughout  with just enough harmonic sheen to lend nearly every chorus a buoyant lift of classic girl group sass and pop that’s guaranteed to thrill diehard fans of a certain other all-female band on Valentine’s resume. Ditto the abundance of indelibly catchy hooks throughout Tonewrecker, lest anyone forget that the Austin-born Go-Go wrote or co-wrote more than a handful of her former band’s biggest hits. Every bit as evident though, is the nearly three decades of stage and songwriting experience that Valentine has now shared with Davalos, dating back to a bluesier incarnation of the BlueBonnets and their ’90s/early ’00s run together (along with drummer McInnis) in the Los Angeles-based band the Delphines. Valentine also shares a musical language and deep roots with Monsees that belies the generation gap between the two: Back in the ’70s, before she chased her punk rock dreams all the way to California and found Go-Go’s glory, Valentine cut her teeth as a young guitar player studying the legends that passed through Antone’s, Austin’s then-brand-new “Home of the Blues” — just as Monsees would during her own teens some two decades later.

By the time Monsees later hooked up with Valentine and Davalos for the rebooted BlueBonnets, she was already one of the most accomplished young guitar slingers in Austin and fronting her own kickass garage blues band, Eve and the Exiles. But the chemistry between all of the women that was so undeniable on the BlueBonnets’ 2010 debut, Boom Boom Boom Boom, has only grown exponentially over the ensuing seven years, making Tonewrecker (which follows 2014’s excellent Play Loud) their most focused and exhilarating record yet. Outside of the opening blaster “Why Ya Don’t” (penned by the late Paul Plagens of the L.A. rock band Greta), Valentine and Davalos co-wrote all of the songs this time, and there’s not a ballad or even speed-trap-safe number in the bunch. Every track is an unrelenting ball-breaker, and not always just musically speaking, either. In the wickedly funny “15 Minutes from 1965,” Davalos eviscerates a lover either stuck in the past or pretending to be via a dog-eared copy of the hipster’s playbook, while “Ding Ding Ding Ding” finds a soldier coming home to a cheating spouse and a yard gone to pot. That the soldier in question happens to be a she shouldn’t really matter, maybe, but it’s nonetheless a blast to hear the BlueBonnets address the wrong with the hellfire fury of four badass women not to be fucked with. — RICHARD SKANSE