LSM Song Premiere: Jason Eady covers Adam Carroll’s “Errol’s Song” With “Highway Prayer: A Tribute to Adam Carroll,” a host of Texas’ finest come together to celebrate one of their own

Singer-songwriter and one-man “AM Country Heaven” preservation society Jason Eady, a champion of old-school musical integrity if ever there was one, has a bit of a confession to get off his chest. By his own admission, the first time he ever heard the music of his friend and fellow troubadour Adam Carroll, it might very well have been somewhat illegally.

“I first heard his records … unfortunately I need to say this, but it was back in the Napster days,” Eady confides with a guilty sigh. The Jackson, Mississippi native was a year or so out of the Air Force and had just moved to Fort Worth, where he’d taken a day gig in IT to pay the rent while figuring out how to turn his love for songwriting into a viable career.

“I was just starting to find out about this Texas (music) thing,” Eady continues. “I knew the big names, but I just started going down the rabbit hole chasing different stuff as I was linking one artist to another. And when you start doing that with Texas music, it doesn’t take too long to get to Adam.”

It’s not that Adam Carroll — like Eady, born in 1975 — was even particularly well known in his own right yet, having at that time only self-released a pair of studio records, 1998’s South of Town and 2000’s Lookin’ Out the Screen Door. If 2002’s Adam Carroll Live was out yet, it still would have been brand new by the time Eady went digging. But his reputation as a legitimate songwriter’s songwriter was already secure, with artists like Terri Hendrix, Slaid Cleaves, and famed producer Lloyd Maines all singing his praises early on and Texas songwriting godfather Kent Finlay taking such a shine to the young wunderkind from Tyler that he re-opened his famous Cheatham Street Warehouse in San Marcos in part just so Carroll could have proper room to play. Needless to say, Eady became a quick convert upon his first listen, too.

“I heard that Screen Door record, got obsessed with it, and went out and got everything he had,” says Eady, who went on to release his own debut, From Underneath the Old, in 2005 and soon after found himself sharing a gig with Carroll in Austin during South By Southwest. “I was just thrilled to be anywhere on the same stage with him. Since then we’ve done a few tours together, but every time I play a show with him now and hear him play his songs, I still feel the same as I did listening to him on a computer in that office all those years ago — that same feeling of just being awestruck.” 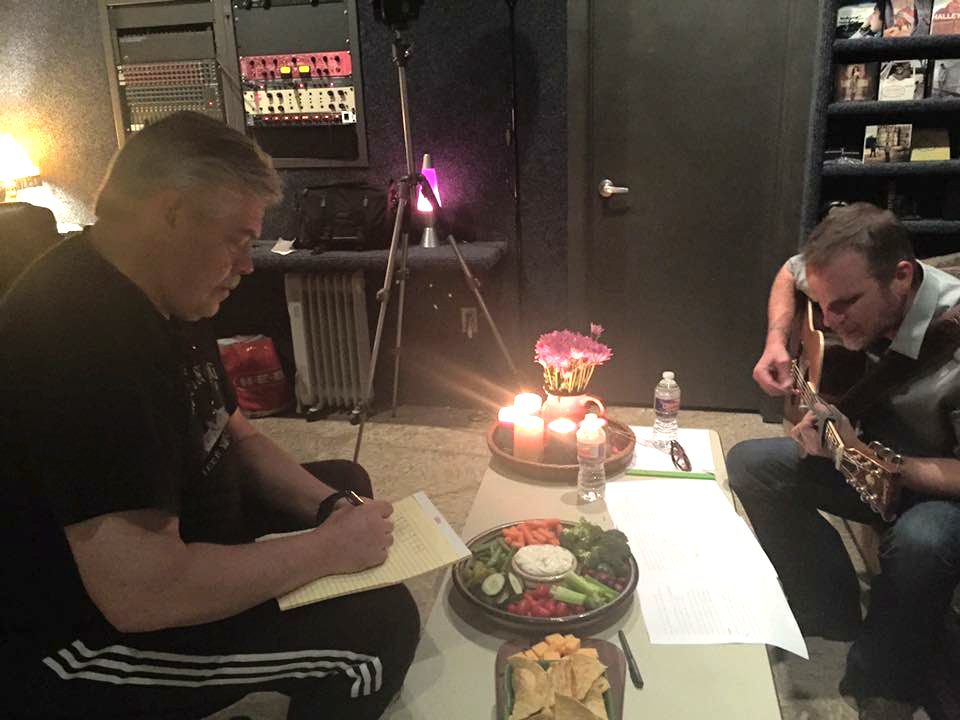 He’s clearly not alone in that feeling, either, as evidenced by the impressive cast of Texas and Americana notables sharing tracklist space with Eady on the forthcoming Highway Prayer: A Tribute to Adam Carroll. Set for an Oct. 28 release on the Texas-based independent label Eight 30 Records, the album showcases many of Carroll’s best songs as lovingly covered by such longtime friends and fans as the aforementioned Hendrix (who sang harmonies on Carroll’s debut) and Cleaves (who first covered Carroll’s “Race Car Joe” on his 2006 album Unsung) as well as James McMurtry, Hayes Carll, Jamie Lin Wilson, Walt Wilkins, Matt the Electrician, Verlon Thompson, Danny Barnes and more. The album was produced by Eight 30 Records co-owners Jenni Finlay and Brain T. Atkinson, who also put together Dreamer: A Tribute to Kent Finlay (Jenni’s late father) and co-produced last year’s Cold and Bitter Tears: The Songs of Ted Hawkins. Lloyd Maines, who has produced a handful of Carroll’s records over the years, served as musical director and band leader.

Although the songs on Highway Prayer span Carroll’s entire career to date — including a brand new song, “My Only Good Shirt,” a tribute to Maines sung by Carroll himself — eight of the 16 selections were first featured on Carroll’s first two albums, including the Eady track premiered here, “Errol’s Song” (from Lookin’ Out the Screen Door.)

“I’ve learned (to play) a lot of Adam Carroll songs over the years, but that was one I kind of had to learn for this record,” Eady says. “Which was cool for me, because you always pick up on a lot more of the finer nuances and stuff in a song when you’re actually learning how to perform it. So I was real happy to get to do that song, and I can certainly relate to it, too, because I grew up in the country and I know guys like Errol myself. But I also know how personal that song is for Adam, so I really tried to stay pretty true to the way he sang it — and to relate to that character the same way I think Adam would relate to him.”

That “character,” Errol Lounsberry, a rice farmer from South Louisiana, was in fact a real acquaintance of Adam’s. “I think out of all the songs I’ve written, that one probably hits closest to home, because it was written from a real experience I had,” explains Carroll. “I knew Errol from my dad. A friend of Errol’s worked with my dad, and Errol liked to entertain lawyers and different kinds of people out there at his rice farm when it was hunting season. So my dad took me down there one year when I was about 17, and I just loved it. Everybody spoke Cajun French, and all the stuff in that song is true, from the Shlitz sign hanging in his lodge (‘When you run out of Shlitz, you run out of beer’) to the rusted old combine he had sitting in the back of his place. I might have embellished a little bit just for poetic license, but unlike a lot my songs which might come from dreams and such, Errol was pretty real — and he was quite a character.”

Although he didn’t get around to recording “Errol’s Song” until his second record, Carroll recalls it being one of the first songs he ever wrote. It actually began its life as a poem he wrote while attending Tyler Junior College. 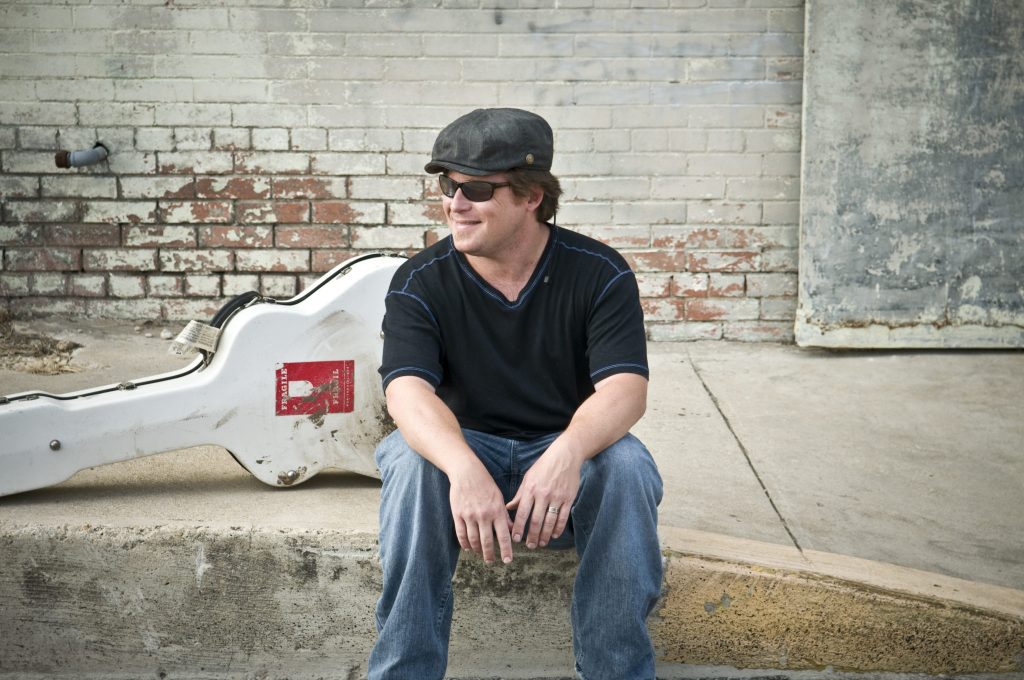 Adam’s Song: “It’s a huge honor that brings up a lot of emotions,” says Adam Carroll of hearing his friends and peers covering his songs on “Highway Prayer.” (Photo courtesy Adam Carroll)

“I wanted to be a music major, but I was never good enough at sight reading or classical guitar and all that,” he says. “But then I took a creative writing class taught by this woman named Candace Schaefer, and I either wrote that poem for an assignment or I just loved creative writing and that class so much that I might have written it in addition to whatever else she had us doing. But she ended up using that poem in a book she put together of her students’ work. The poem was actually called ‘Rusted Combines’ or something like that, but a lot of that poetry is still in the song. It just sort of developed over time.”

It didn’t take long, though. Because once Carroll figured out how to marry his newly discovered passion for creative writing to his nascent acoustic guitar chops, the proverbial floodgates swung wide open. “When I started writing songs that I thought were good enough, I started writing a lot of them,” he recalls. “I think I wrote a lot of those songs from those first two records in about a six-month period, back when I was still living at my and dad’s house.”

Now nearly two decades and eight albums later (the most recent being 2014’s Let It Choose You), Carroll can’t help but marvel at the journey those songs have taken him on, from Cheatham Street Warehouse to countless other bars, listening rooms, theaters and outdoor folk festivals all over the world. Most significantly of all, though, it was through those songs and that journey that he met his wife, Canadian singer-songwriter Chris Carroll — not to mention all of the peers and in many cases personal heroes who have now come together to sing his songs back to him on his very own tribute album.

A tribute album which, just for the record, he certainly didn’t ask for. In fact, the unfailingly humble artist is still trying to wrap his head around the reality of the whole deal, having finally been granted his full first listen to the album this past weekend.

“It’s a huge honor that … it brings up a lot of emotions,” he offers, sounding more than a little, well, overwhelmed. “But man, it sounds really, really good.”

Track listing for Highway Prayer: A Tribute to Adam Carroll

2) “Girl with the Dirty Hair” by Hayes Carll

3) “South of Town” by Slaid Cleaves

16) “My Only Good Shirt” by Adam Carroll