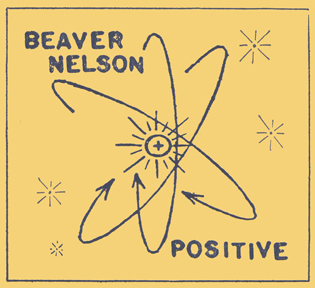 “Can we go back a step, where we used to be? I could use some help from history …”

Those are the first words that Houston-reared, Austin-based Beaver Nelson sings on his new record; and seeing as how it’s been four years since his last album — and nine since the one before that — perhaps a short refresher course really is in order. Granted, three albums in nine years isn’t necessarily a bad clip for an artist who’s been at it as long as he has, but it feels downright glacial compared to the breathless, almost Willie Nelson-ish pace at which Beaver cranked out his first five albums between 1998 and 2004.

That productive (and duly acclaimed) hot streak, which kicked off with a deal-sealing debut the then-27-year-old Nelson titled The Last Hurrah as a sardonic nod to a pair of aborted major-label efforts, did more than just finally deliver on nearly a decade’s worth of next-big-thing buzz; it proved the once hallowed term “Texas songwriter” could still signify a certain freeform maverick spirit too mercurial to corral into a one movement, no matter how big. At a time when seemingly any hack with a guitar could muster a rowdy fanbase of ball-cap-wearing yahoos with songs about Texas or floating down the Guadalupe, Beaver swam upstream like a raspy-voiced, Townes-versed Elvis Costello with an endearingly shaggy, loose-limbed musical swagger that was as compelling served solo acoustic as it was hitched to a Replacements-style full-band hootenanny. It wasn’t the kind of stuff that packed festivals, but for those tuned in, keeping up with that very busy young Beaver was a blast.

After 2004’s Motion, though, Nelson slowed his roll considerably, to the point that “keeping up” with Beaver these days is mostly a matter of checking in on him a couple times a decade, like an old friend, and now and then being rewarded with a “hey, check this out” surprise. In 2007, it was the short-but-sweet Beaver Nelson’s Exciting Opportunity, arguably the best and tightest record of his career, and in 2012 it was the sprawling Macro/Micro, a 19-track opus of arty, technicolor roots-pop with a coinciding full-length “visual album” on DVD. That last one was such an ambitious project from soup to nuts that the years of waiting for something new both before and after its release actually didn’t seem all that unreasonable, at least in hindsight. But the most welcome surprise about the follow-up, Positive, is that it sounds so, well, not ambitious. And that’s meant in very good way. As grand (and ultimately rewarding) as Macro/Micro was in both big-picture scope and execution, Positive feels as casual, off-the-cuff and just flat-out fun as the kind of records Beaver used to knock out left and right at the turn of the century.

Call it a throwback if you gotta, but it not only works a charm, it’s clearly by design. That aforementioned “history” opening line and the rest of the first verse in “Well, Well, Well” pretty much spells it all out from the get-go: “Can we go back a ways where we used to go? I could use some things I used to know.” Some of those “things” here include at least a couple of previously unreleased songs Nelson wrote way back in the mid-90s (“Willing & Able” and “Bad Movie”), along with a stage-tested cover of Little Steven Van Zandt’s “Men Without Women” that dates back to the same era. But there’s not a note or word on the record that sounds stale or reheated; at 44, Beaver — along with producer/lead guitarist and longtime cohort Scrappy Jud Newcomb and the rest of his band — sound as wiry, fit and feisty on the rocking “Willing & Able” as they did on The Last Hurrah’s snarly “Stray Dog,” while the moody surrealism infusing “Bad Movie” would have screened just as smartly in the midst of the more experimental Macro/Micro. The whole album finds Nelson as spry and clever as ever in both the wordplay and melody departments; there’s really not a song on here that slips by without an indelible hook, line or chorus that doesn’t stick on the first spin, and there’s a handful — most notably the hard-charging but wildly careening, batshit crazy “I Need a Line to the Underground” and the wise, sweetly optimistic “Are You Positive?” — that would be first-round picks for a future Beaver best-of. There’s really no need for one of those, though, because like every record he’s ever made, Positive holds its own from start to finish and only gets better and better on repeated listens. But in that spirit of positive thinking and boundless inventive energy he brandishes so well, here’s hoping Nelson polishes off an even better one — or hell, maybe even a couple of ’em— before 2020. — RICHARD SKANSE

Next post And the Americana Lifetime Achievement Awards go to ...