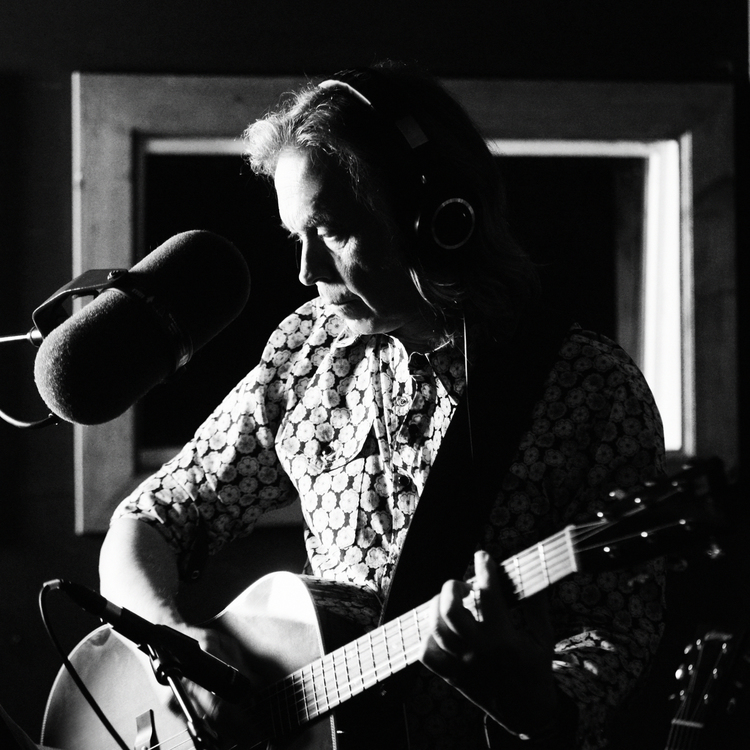 Jim Lauderdale has emceed the Americana Music Association’s Honors & Awards shows almost since the organization began presenting awards in 2002. And now, the man who’s been a poster boy of sorts for the genre is getting a special award of his own: designation as WagonMaster, one of six Lifetime Achievement Awards to be presented at the AMA’s 15th annual Honors & Awards show. Billy Bragg, Bob Weir, William Bell, Shawn Colvin and Woody Guthrie also will be honored at the event, to be held Sept. 21 at the Ryman Auditorium in Nashville as part of the 17th annual Americana Music Festival & Conference.

Lauderdale, who won Artist of the Year and Song of the Year recognition at the inaugural awards show, then a far smaller event, is a two-time Grammy winner with a 30-album catalogue spanning the spectrum of Americana’s roots in country, bluegrass, folk, blues, gospel, rock and soul.

Bragg, who will receive the Spirit of Americana Free Speech Award, has for decades upheld the folk tradition of raising his voice in song to protest injustice. Combining British punk-rock sensibilities and a romantic troubadour’s soul to craft songs of wit and poignancy, Bragg so exemplifies Guthrie’s spirit, he was asked by Nora Guthrie to put some of her father’s unrecorded lyrics to music. Bragg and Wilco released Mermaid Avenue in 1998, followed by Mermaid Avenue Vol. II in 2000.

Guthrie is earning the posthumous President’s Award, which recognizes the legacy of an artist whose work has made a profound cultural impact. And few have had as much impact as Guthrie, who raised America’s consciousness on many issues of his day through song and spoken or written commentary, influencing countless disciples from Pete Seeger and Ramblin’ Jack Elliott to Bragg, Bob Dylan, Bruce Springsteen and John Mellencamp. His most famous song, “This Land is Your Land,” has been sung everywhere from kindergarten classrooms to President Obama’s first inauguration. 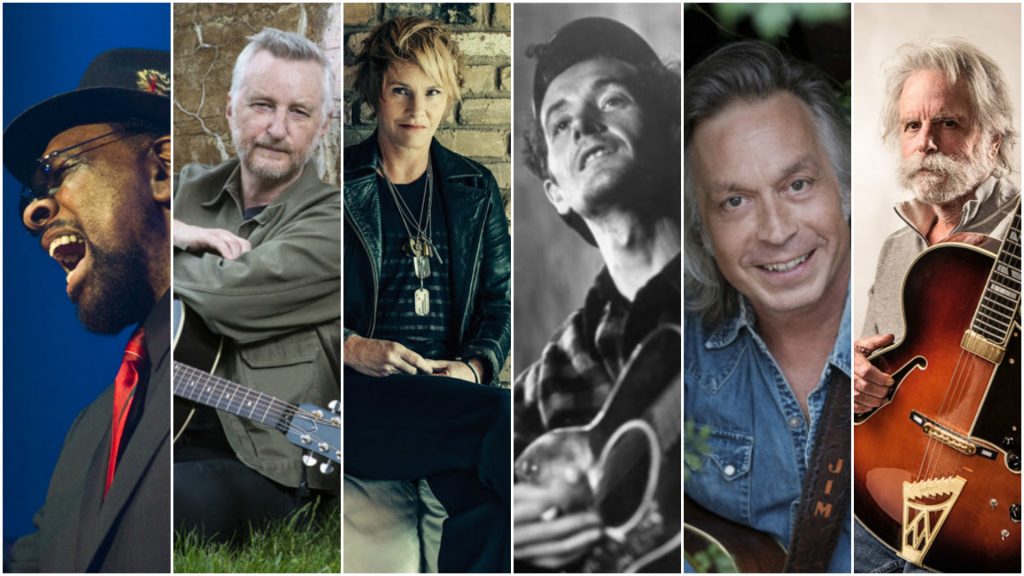 Singer-songwriter Shawn Colvin, recipient of this year’s Trailblazer Award, is best known for “Sunny Came Home,” which earned her two Grammys, but the Austin-based artist has a deep catalog of equally sterling folk-pop tunes that plumb interiors of the heart and mind. Colvin, who sang backup on Suzanne Vega’s groundbreaking ’80s hit “Luka,” has worked with distinguished collaborators throughout her career; her latest release, Colvin & Earle, pairs her with fellow troubadour Steve Earle.

R&B icon William Bell, receiving the Lifetime Achievement Award for Songwriting, is most renowned for his Stax Records contributions as a songwriter and performer, with hits such as “You don’t Miss Your Water” and “Everybody Loves a Winner.” He also co-wrote “Born Under A Bad Sign” with Booker T. Jones, which became a hit for both Albert King and Cream. His songs have been covered by a vast number of artists of varying genres, but Bell had been dormant for quite a while before recording this year’s This is Where I Live with producer John Leventhal (a longtime Colvin collaborator) for the newly revived Stax label.

Bob Weir, this year’s Lifetime Achievement-Performer honoree, met his musical destiny when he heard a banjo and followed the sound to its source: Jerry Garcia. After turning their jug band, Mother McCree’s Uptown Jug Champions, into the Warlocks, a rock band, they became the Grateful Dead — and rhythm guitarist and frequent lead singer Weir became part of an entity that has somehow kept truckin’, in some form, ever since, playing Americana decades before it had a name. Aside from co-writing some of the Dead’s most beloved songs, Weir often kept the band stable when its leader foundered; following Garcia’s death in 1995, he’s kept the music alive in performances with his Dead bandmates and others.

The association also will present album, artist, duo/group, emerging artist and song of the year awards. For more information about the Honors & Awards show, the festival or conference, visit americanamusic.org.