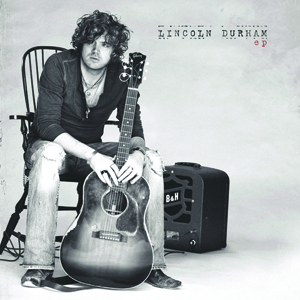 Out of all the young apprentices that Ray Wylie Hubbard has taken under his wing, Lincoln Durham is the first to really come close to rivaling the master in the grit ’n’ groove department. While Hayes Carll was coming down from Hubbard mountain with a head full of enlightenment and drunken poets’ dreams, Durham was sneaking out the back door with the Wylie Lama’s Resonator mojo. Or who knows? Maybe Hubbard’s the one who’s been gleaning a little off of Durham, because stuff this real just can’t be taught overnight. Intended as a sneak-peak of Durham’s full-length debut (co-produced by Hubbard and George Reiff and due out later this fall), this four-song sampler stomps and slides with bruising, bone-rattling conviction. The song titles — “Reckoning Lament,” “How Does a Crow Fly,” “Georgia Lee, “Living This Hard” — pretty much give away the plot, but it’s not the tales so much as the telling here that really counts. There’s not a trace of affectation in Durham’s raspy growl of a voice, and his slide guitar cuts deep and mean. From the coiled, snarling groove of the opening “Reckoning Lament” through to the hypnotic, “Kashmir”-type stomp of the closing “Living This Hard,” this is 12-and-a-half minutes of relentlessly lowdown ’n’ dirty, kick-ass blues. — RICHARD SKANSE