Kindred Spirits Rodney Crowell and author Mary Karr talk about writing their album Kin — and the friends who helped bring it to life. 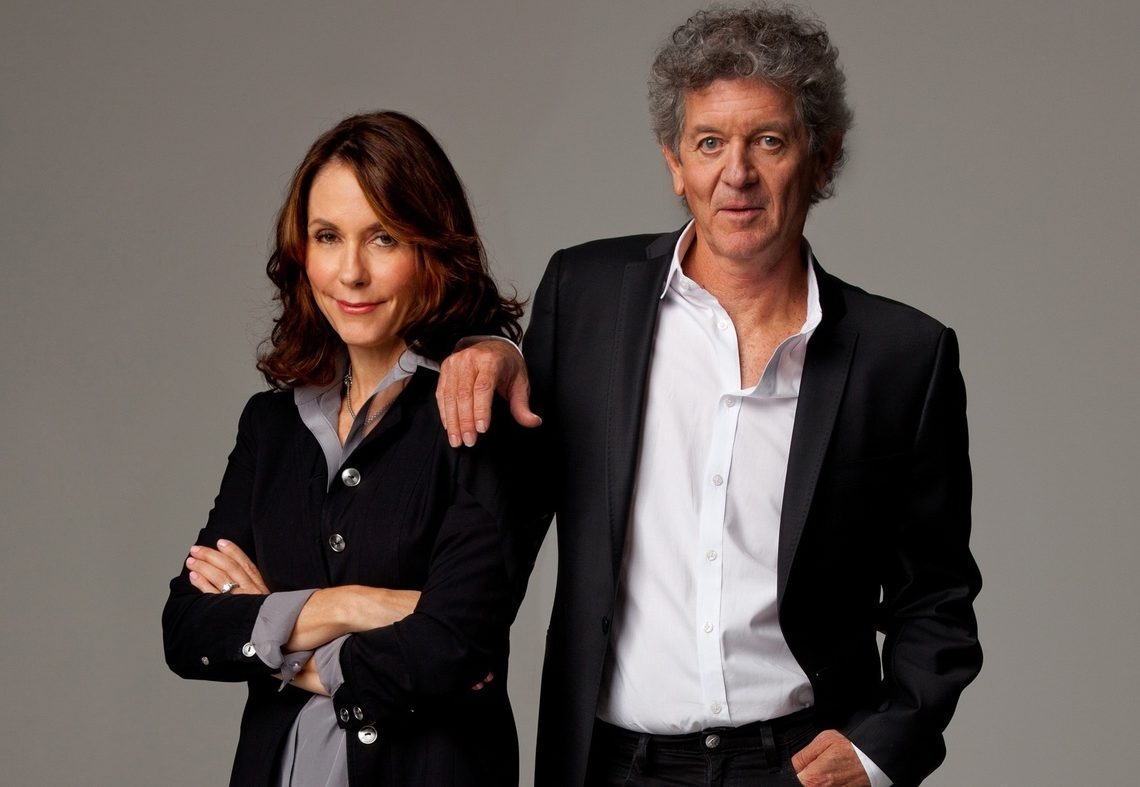 “Our first song … was Norah Jones. Then our second one was Emmylou,” says Mary Karr of the first two tracks recorded for Kin, a song cycle set in the lower-economic climes of Coastal Texas that the acclaimed memoirist co-wrote with her Grammy-winning musician friend Rodney Crowell.  “He told me, ‘Don’t get used to this. It’ll never be like this again.”

Well, maybe not in the world of open song placement. But Kin also boasts stellar performances from Rosanne Cash, Vince Gill, Kris Kristofferson, Lucinda Williams and Lee Ann Womack, all playing various voices in the friendship/neo-romance of a boy and a girl coming of age in places very similar to Houston’s Telephone Road, where Crowell grew up, and the equally blue-collar environs of Port Arthur, where Karr was raised. 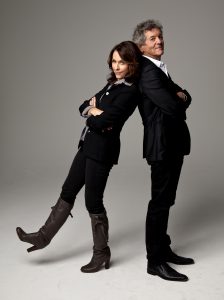 “I’m not sure if the greater resolutions are tied to our greater lives, but these songs are definitely where we come from,” Crowell says, laughing. “We started ‘If the Law Don’t Want You,’ which is cataloguing Mary’s adventures, for sure, and ‘I’m A Mess’ is all about me. … You know, we didn’t grow up together, but we knew each other by the way we’d grown up. I mean, Mary’s family had air conditioning — and we didn’t, which was a big difference. Her dad was a Union man, but she still lived next to the same kind of tracks.”

Anyone who’s read the New York Times’ best-sellers Liars Club and Cherry knows plenty about Karr’s dysfunctional lower-working-class upraising, just as anyone who’s heard Crowell’s Grammy-nominated The Houston Kid — or read his own memoir, Chinaberry Sidewalks — understands the drinking, cheating, beer-joint foment he was raised in. But it’s not the chaos Kin: Songs by Mary Karr & Rodney Crowell is meant to celebrate. The album’s 10 songs — four sung by Crowell — offer a core sample of the life, the friends and the reality of two kids growing up as friends. They share high impact parents, a wild double-dog-dare-you streak and family members with personality flaws.

“Mary made a joke about, ‘We’ve dined out on our shitty childhoods,’ because, well, we have,” Crowell explains. “But I think it’s not about the details of what happened, but more how do you rise above it, what do you learn and how does it make you more. Otherwise, you’re just whining and calling attention to yourself, not trying to elevate anyone’s life.”

Ironically, Karr — who met Crowell after he name-checked the Pushcart Prize-winning poet between Aretha Franklin and Tom Waits in his song “Earthbound,” from Fate’s Right Hand  — at first demurred about writing songs. “I would’ve never presumed,” she says. “To me, it’s a very exalted thing — like being a ballerina. I’m not smart enough or cool enough. I’ve dated some guitar players, and my nephew’s the associate conductor of the New York Philharmonic, but … I said ‘no’ five or six times. I kept saying, ‘I’m not gonna write a song with you. It would be too humiliating! Never.’”

Crowell is a cunning suitor. Without pressing the issue, he flipped the dialogue to a series of jokes and wordplays, funny lines like “I Don’t Want You (Neither Do I).” That foreplay turned into a few verses via email, a snippet of melody sent as an mp3 attachment.

“Ten days later, he was in New York, in my living room, with his guitar,” Karr says.

They emerged with two songs — and Karr with enough confidence to keep writing. A few songs became more songs. She discovered the process to be both fun and playful — the antithesis of writing prose or poetry.

“When you write prose, you’re alone. You’re immersed in events that are very painful. That’s a hard thing,” she admits. “Rodney’s a great coach. We laugh a lot. I’m tickled skippy with the whole process.”

Not that there was anything calculated about any of it. Crowell called and informed her they had a record. Karr laughed, and immediately forgot all about it.

“I was busy. I have a television show. I teach. I write poetry here in New York City. I have a lecture business. I am a mother,” she offers. “I was like ‘What fucking record? Are you kidding?’ But then, (Rodney) was halfway down the street before I knew it. I was saying, ‘Shouldn’t we have an agreement? Something on paper…’ He was gone.”

And once Jones agreed to participate, then Emmylou Harris, it was obvious that Crowell had plenty of esteemed friends he could call on to help make their album something truly special. For Karr, still a wide-eyed newcomer to the music world, this was heaven on a half-shell.

“She was at every session, and such a part of the creative roll,” Crowell says of his non-singing partner. “Mary was like a cheerleader! She’s in the control room, then turning back flips! That innocence and enthusiasm was a refreshing bit of energy. We’d all been there, but this was all new to her.”

Recording, yes; capturing portraits of flawed people? Stock in trade. That dexterity in the details underscores the raw edge of Williams’ vocal on the train-wreck-of-a-woman song “God I’m Missing You,” as well as the tenderness in “Sister,” a younger sister’s love song to her older sister sung with worshipful affection by Cash. And Womack’s exhaled non-judgment of the tempest grown-ups can wreck makes “Momma’s On a Roll” all the more startling.

Still, in many ways, it’s a quick cameo from Kristofferson, as the distanced father sending his son into the world, that brings the flaws and grace of broken families into loving focus.

“They say you can’t go home, but you can in certain ways — by creating it as a maybe slightly better version, or to be fair, through a different lens,” muses Crowell. “No matter where you go, when you’re tired and your ass is kicked, you go home. That’s the place you write about. There are love songs here to the poignancy of the homes we’ve captured. You know, there are all those things tied to your innocence — no matter how the details fall – that draw you back. But I think it’s a little easier to sculpt with that poignancy and compassion.”

To look back without staring is the mark of forgiveness. To look back and celebrate that which is sweet is the realm of transcendence. After many years and plenty of truth-telling, Crowell and Karr merge their talents and emerge with a rootsy album of iconic sketches of archetypes who own their foibles, throw themselves into the brink and somehow find the grace to get beyond.

What else would you expect when water seeks its own level?