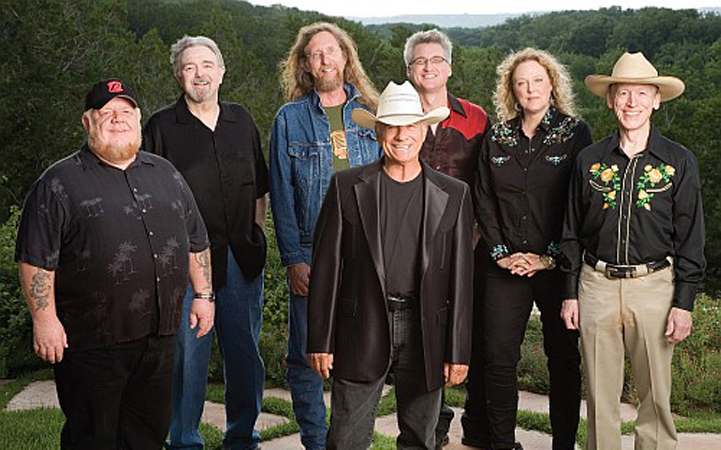 The name Lucky Tomblin may not be a household name to a lot of folks, but on Sept. 2 at the Texas Music Theater in San Marcos, a long list of well-known performers will gather to pay tribute to this unsung patron of Texas music. Delbert McClinton, Marcia Ball, Augie Meyers, and Terri Hendrix and Lloyd Maines are among the many artists lined up for “A Labor of Love for Lucky Tomblin,” a gala concert benefiting CASA of Central Texas.

Tomblin, who lives in San Marcos, began his musical career in San Antonio as a contemporary of people like Doug Sahm, Meyers and Jackie King. He had a regional hit in the mid-60s with “On My Love” on the Dynamic label. After obtaining a law degree from St. Mary’s University, Tomblin worked for many years as an entertainment lawyer. In 1985 he opened the Fire Station Studios in San Marcos. The state-of-the-art facility is now operated by Texas State University as part of the Recording Technology Program, which Tomblin was instrumental in starting. Stevie Ray Vaughan, Townes Van Zandt, the Reivers and the Texas Tornados are among the many Texas artists who have recorded there. Tomblin also produced the acclaimed 2006 documentary, Antone’s — Home of the Blues.

And he’s still making music, too. Although some health issues have slowed him down a little of late, he’s recorded four albums with his Lucky Tomblin Band, the most recent being Honky Tonk Merry Go Round. Naturally, that all-star lineup — which includes Redd Volkaert, Earl Poole Ball, Bobby Arnold, John X Reed, Sarah Brown, Caspar Rawls and Jon Hahn — will be featured at the “Labor of Love” concert.

The name of the event could not be more fitting. As Earl Poole Ball, who has played piano for the likes of Johnny Cash, Gram Parsons and Buck Owens, puts it, “Lucky is the best bandleader I have ever worked with. He pays us well and he and Becky [Tomblin’s wife] always treat us with dignity. I have some back problems and he always makes sure there is someone to take care of my gear.” And Lucky Tomblin Band rhythm guitarist Bobby Arnold adds, “First and foremost, it’s fun.”

Hendrix, a longtime San Marcos resident who recorded her second album, Wilory Farm, at the Fire Station, says she’s proud to be a part of the tribute. “Lucky is one of those people who is constantly giving back to the community,” she says. “When he sees something that needs to be done he doesn’t talk about it, he just does it. He and his wife are the least self-serving people I have ever known.”

Serving as emcees for the festivities will be Dr. Gary Hartman, director of the Center for Texas Music History at Texas State University, and Dallas Wayne, host of the “Outlaw Country” and “Willie’s Roadhouse” shows on SIRIUS XM Satellite Radio. Prior to the main event, a special reception and performance will be held for VIP ticket holders. All ticket buyers will be helping out a great cause, though, with proceeds benefitting CASA in its mission to advocate for abused and neglected children in the Central Texas court system. In 2011, CASA volunteers served more than 300 children in Caldwell, Comal, Guadalupe and Hays counties. For more information — and to purchase tickets for “Labor of Love” ($20 general admission, $100 VIP) — visit www.casacentex.org. — GREG ELLIS